Studio portrait of two Jewish sisters with their rescuer after the war. 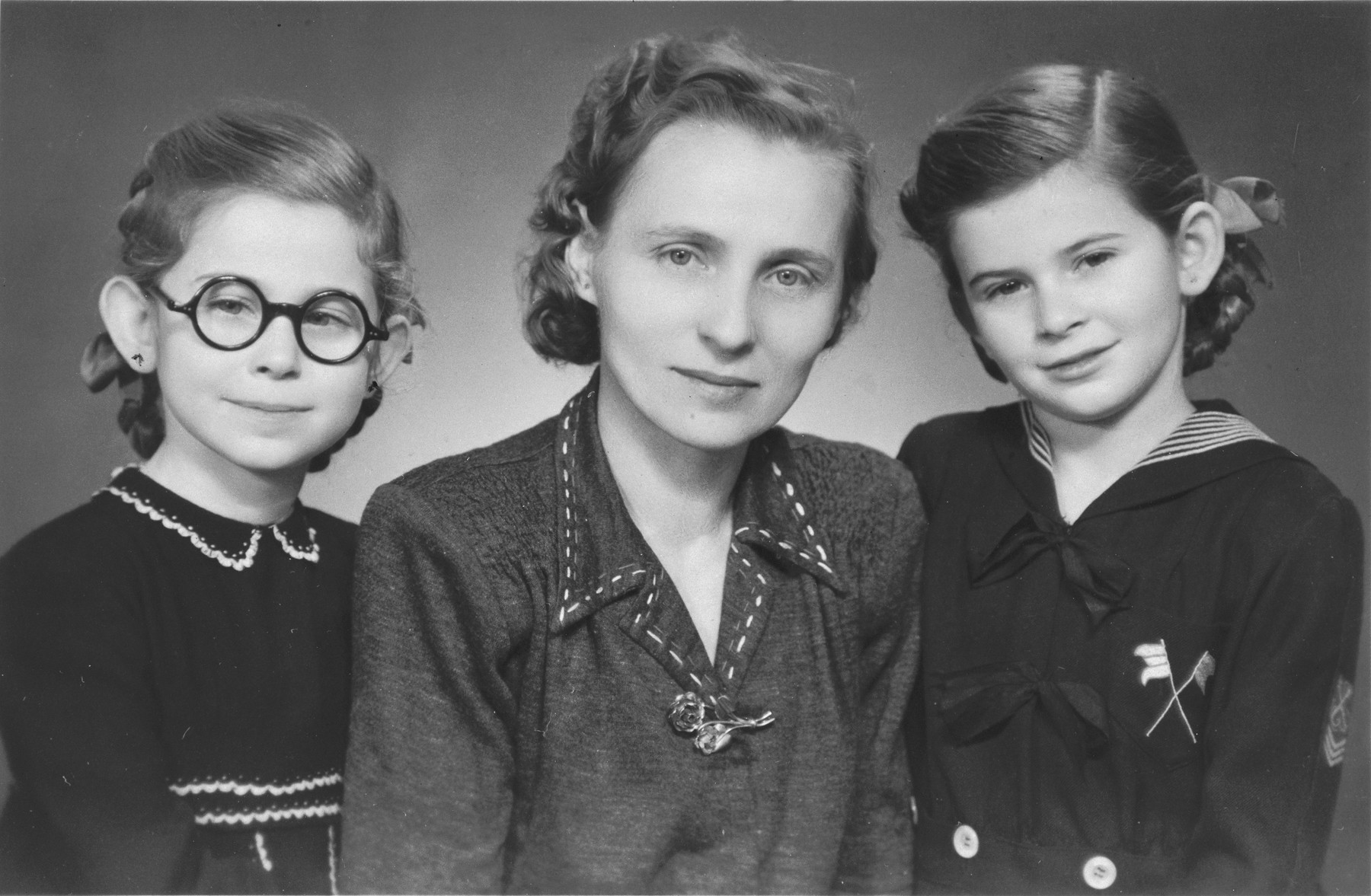 Studio portrait of two Jewish sisters with their rescuer after the war.

Pictured are Renate (right) and Sylvia Schonberg (left) with their nanny and rescuer, Frantiska Prva.