Group portrait of Jewish orphans who had survived Theresienstadt with the wife of Czech President Edvard Benes and the wife of the American Ambassador Laurence Steinhart. Each child holds a newly received toy. 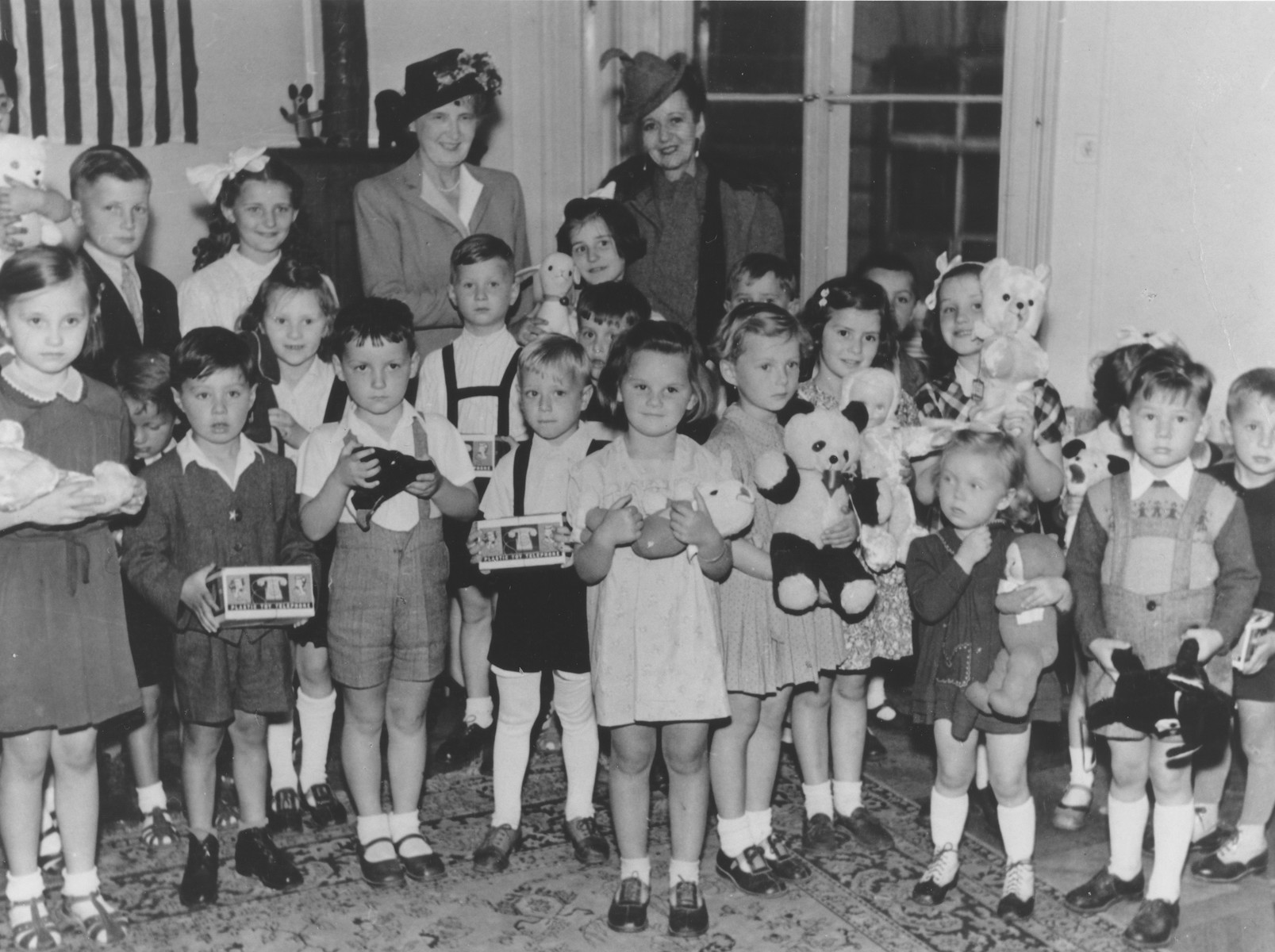 Group portrait of Jewish orphans who had survived Theresienstadt with the wife of Czech President Edvard Benes and the wife of the American Ambassador Laurence Steinhart. Each child holds a newly received toy.

Among those pictured is Judis Baehr.