Karill Hermann poses with his daughter, Elizabeth, in their apartment in Prague during the German occupation. 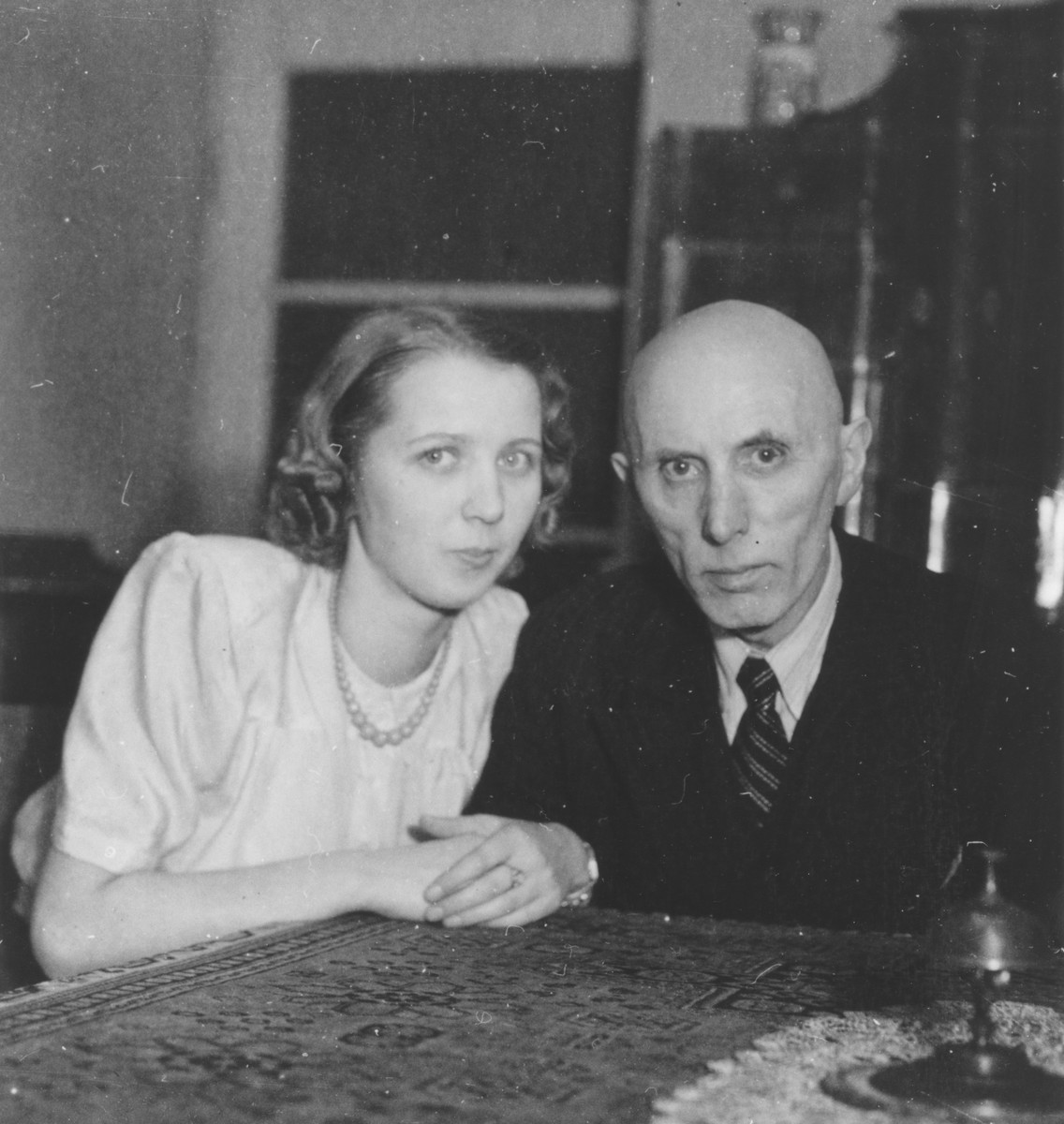 Karill Hermann poses with his daughter, Elizabeth, in their apartment in Prague during the German occupation.

Biography
Peter Brod is the son of Leo and Elizabeth (Hermann) Brod. His father was a lawyer, and his mother, an office clerk. Leo was a Jew; Elizabeth was the daughter of a Catholic mother, Friederike (Lahr) Hermann, and a Jewish father, Karill Hermann, who had converted to Catholicism before World War I. The Hermanns lived in the Rothau district of the Sudetenland, which was governed by Czechoslovakia until its incorporation into the Third Reich in 1938. Following the annexation, Karill was designated a Jew and his passport was stamped with the letter J for "Jude." Advised by the Germans to leave the Sudetenland, the Hermanns relocated to Prague. The Gestapo interrogated Frederike several times and urged her to divorce her husband, but she always refused. After the establishment of the Protectorate of Bohemia and Moravia, the Hermanns became citizens of the German Reich. Since it was a mixed marriage, Karill and his two adult Mischlinge children, Elizabeth and Norbert, were exempt from wearing the yellow star. Elizabeth, who before the occupation had married the Czech Jew, Leo Brod, remained in Prague throughout the war. Leo, however, fled to England two weeks after the German occupation and remained there until 1947.