Ruth Cohn and her future husband, Karl Terner, sit with another young women on the steps of a boarding house in Birmingham, England. 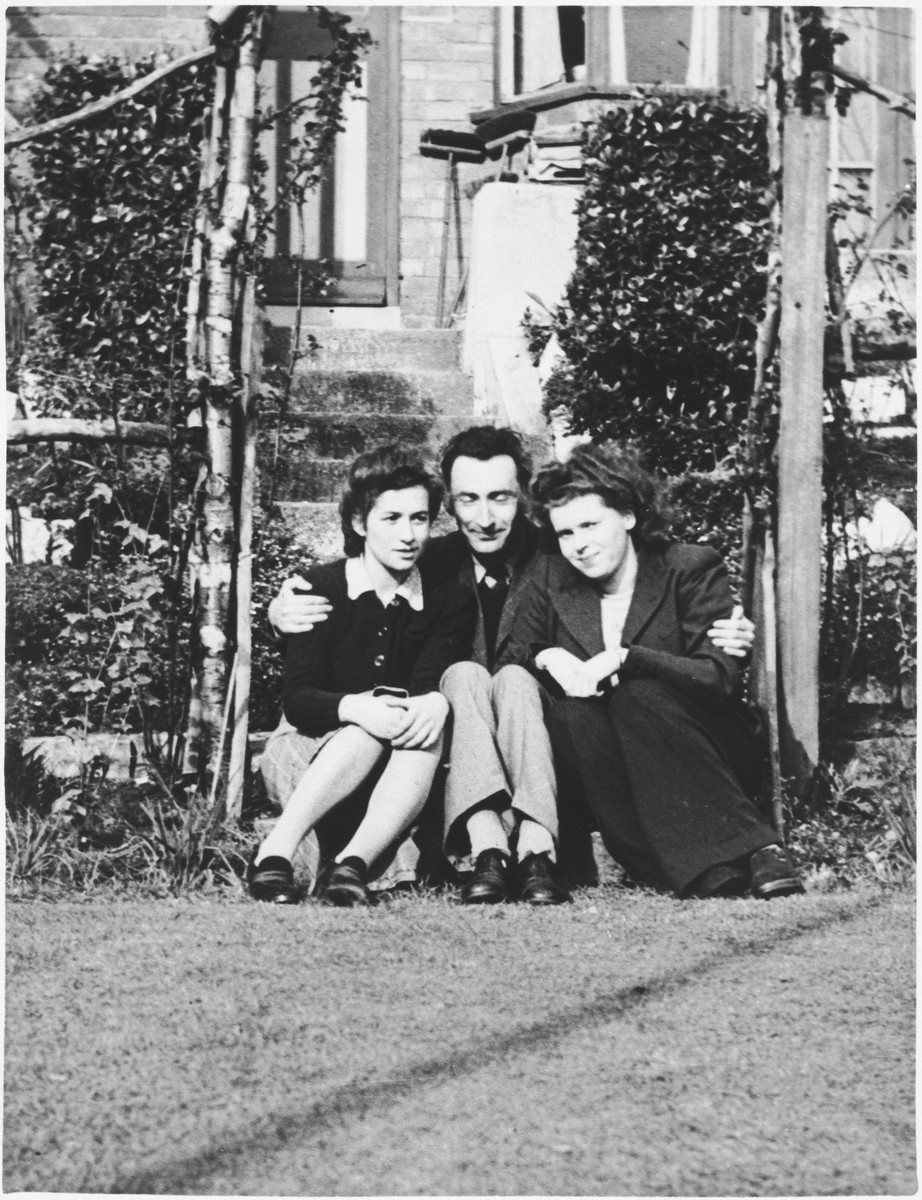 Ruth Cohn and her future husband, Karl Terner, sit with another young women on the steps of a boarding house in Birmingham, England.

Karl (later Charles) Terner is the son of Isidore Terner and Fanny Schechter Terner. He was born in Lublin on April 30, 1916. His father, a traveling salesman, moved the family to Vienna when Karl was a few years old. Karl had two younger brothers, Edward and Fred. Starting in the early 1930s gangs of Nazis roamed the streets of Vienna attacking Jews. Karl's uncle, Robert Terner, was among the organizers of Haganah, a Jewish self-defense group. Karl also joined in 1932 and was issued a uniform and wooden axe handle, which was the only weapon they carried. On March 11, 1938 German troops marched into Austria. On two occasions Karl narrowly escaped arrest. Soon Jewish students were forced to withdraw from the university. Karl was issued a certificate testifying that he had completed three and a half years of medical studies and had passed the preclinical examinations with honors. Violent anti-Jewish demonstrations erupted on the streets of Vienna, and Karl fled to an aunt in Witten, Germany to escape the turmoil. Though calmer than Austria, the Jewish community in Witten had fallen on bad times as a result of economic boycott and special taxes. After two weeks, Karl decided to return to Vienna while seeking a way to emigrate. After hearing a rumor that Austrian Jews did not need visas to enter Denmark, Karl again left for Germany to catch a boat for Denmark. After his arrival in Berlin, Karl learned that Austrian Jews were being turned back at the Danish border, so he decided to stay there until he made new plans. Karl then applied for and was issued a German passport, but shortly thereafter he received an induction notice for the German army. Karl immediately left for Switzerland and arrived in Basel on July 15, 1938. Karl had hoped to find a way to get his family out of Austria, and one day he was surprised to run into his parents and younger brother Edward. They had entered Switzerland illegally after having been turned back at the border since their passports were marked with a red J. However while at border control, Edward opened a back door out of curiosity. When he discovered that it was left unguarded, the family simply walked out into the street. Edward had a youth aliyah permit but his parents were subject to expulsion. Following Kristallnacht all male refugees were moved to a camp, the former "Sommerkasino". There they slept in a large dormitory. They were allowed to circulate in the town by day but had to return at night, and the Terners kept receiving letters reminding them that they were subject to deportation. Karl speeded up his attempts to find a secure haven, and he wrote to pharmaceutical companies in England seeking employment. Finally in July 1939 Karl received a permit allowing him into Great Britain to work as a trainee for a chemical company in Liverpool. The following year, after the fall of France, Britain began interning enemy aliens. Karl was sent to the Isle of Man where he was kept in the town of Douglas with several hundred other refugees. He was released in 1941. However, he was still forbidden to return to Liverpool since as a port city it was out of bounds for enemy aliens. Karl therefore found work in Birmingham as a laboratory technician while continuing his study of chemistry at night. While in Birmingham he met Ruth Cohn who had come to England from Berlin on a Kindertransport. They married in 1945, and Karl's parents joined them the following year. Edward and Fred also eventually settled in England after having spent the war respectively with the Royal Navy in Palestine and in Nyasaland, Africa. After the war Karl learned that his grandparents in Vienna, his aunt in Witten and most other extended family members had perished in the Holocaust.