Thea Borzuk stands in a Lublin courtyard shortly after her liberation. 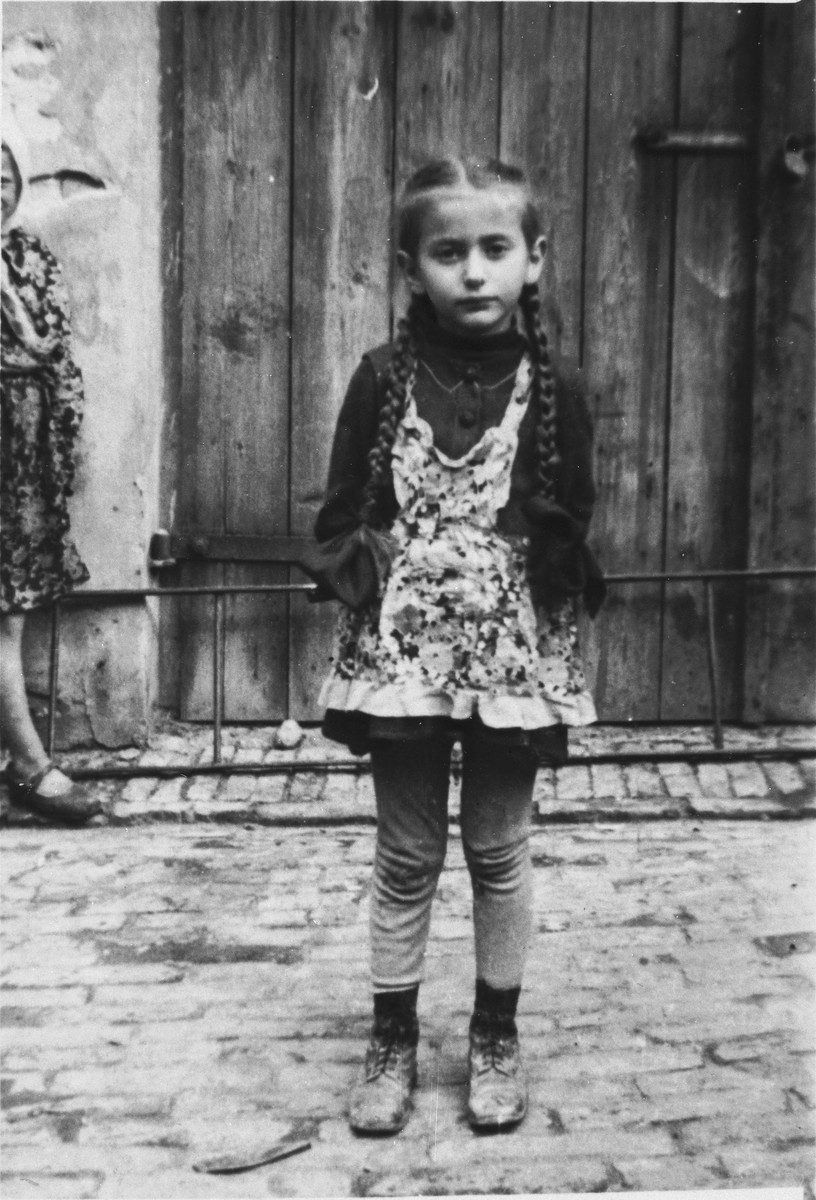 Thea Borzuk stands in a Lublin courtyard shortly after her liberation.

Biography
Thea Borczuk (now Slawner) is the daughter of Leon Borczuk (b. 2/22/06) and Anna Blimbaum Borczuk (b. 11/16/10). Thea was born on May 7, 1939 in Warsaw, Poland. Leon worked as a foreman in a shoe factory in Gdansk, and Anna was employed as a bookkeeper. Thea entered the Warsaw ghetto as an infant, and she remained there with her parents almost until the ghetto's liquidation. A few days before the ghetto uprising, Anna left with her labor detail but did not return in the evening. The following day, another woman brought Thea with her to work. After leaving the ghetto, Thea found her mother, who had assumed a new Christian identity. Thea spent the rest of the war with her mother in Lublin under the false names of Antonia and Teresa Kwasniewska. Leon, who had remained in the ghetto, was sent on a deportation train to Treblinka. He managed, however, to jump from the train. He survived the war hidden in the woods and later in an underground bunker. Leon and Anna were able to maintain intermittent contact by writing to one other at a prearranged address. Thea was liberated from Lublin at the age of five and a half. She and Anna returned to Warsaw following liberation and reunited with Leon. Thea started school in Warsaw before leaving with her parents for France. In 1950, the family sailed from Le Havre, France to Canada and settled in Montreal. Though Thea and her parents survived, her grandparents, Abram Blimbaum and Brandla Fajerstejn Blimbaum were both killed in Treblinka.