Akiva Kohane and a group of friends pose with a Zionist flag during a sports day in Tradate Italy. 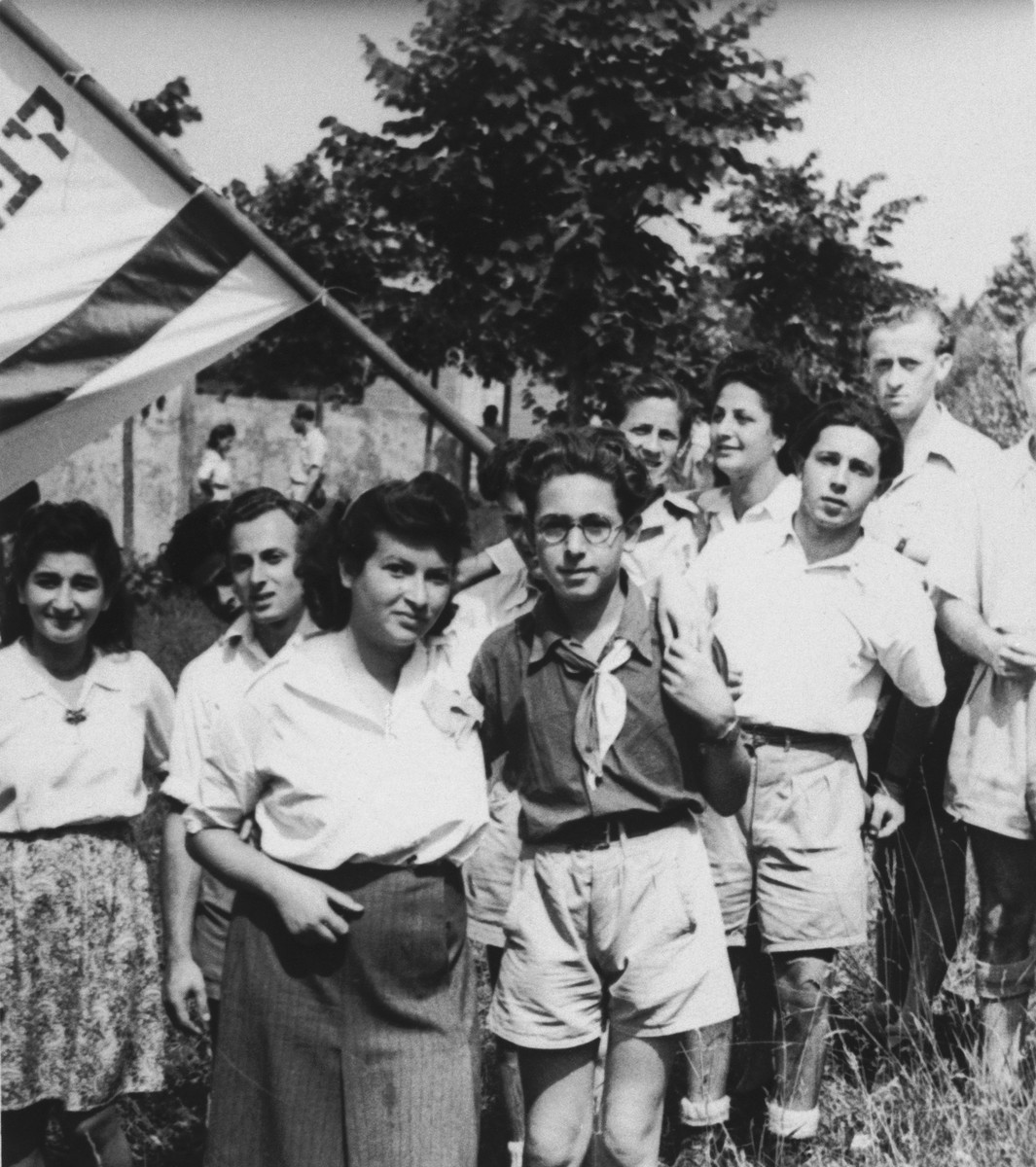 Akiva Kohane and a group of friends pose with a Zionist flag during a sports day in Tradate Italy.

Biography
Akiva (Kazik) Kohane is the son of Bernard Kohane (b. 1/24/1896) and Renia Immerglick (b. 4/20/1909). He was born on January 10, 1929 in Katowice where his father imported and sold jewelry and Swiss watches. His younger sister Annetta was born on October 7, 1932. Since Katowice was near the German border, the family temporarily relocated to Warsaw shortly before the start of World War II in order to shield itself in the event of hostilities. However, not only were they forced to remain weeks longer than they expected, but their new home in Warsaw also was destroyed during the bombing. After the German occupation of Warsaw, the family returned to Katowice. Shortly after their return, Bernard was ordered to report for eight months of forced labor. Since he was sent east to the German-Soviet border, he managed to cross into the Soviet zone and spend the next two years in Lvov. However, during his absence the marriage dissolved, and after the German invasion of eastern Poland in 1941, Bernard returned to his family in Krakow rather than to his wife and children in Katowice. At first, Akiva and Annetta shuttled between their parents but later lost contact with their father. Akiva subsequently learned that during the late summer of 1942, Bernard was deported to Belzec where he perished. Though Renia obtained false papers for herself and the children, they never used them. Instead, they ended up in the Sosnowiec ghetto and were later deported to Auschwitz in January 1944. Akiva was separated from his mother and sister upon arrival. They were killed immediately, and Akiva remained in Auschwitz for a year. In January 1945 he was evacuated from the camp and sent on a death march to Alt Hammer. From there he was taken by train to Mauthausen, and shortly thereafter was marched to Gunskirchen where he was liberated by the American army on May 4. After the war, the Americans brought him to a newly established displaced persons camp in Wels, Austria. Akiva initially wanted to come to the United States to live with his paternal uncle and aunt, but he was unable to locate them. However, following the visit of members of the Jewish Brigade, Akiva asked to go to Palestine. A few days later, Akiva was taken by truck to Italy where he stayed in different Italian DP camps. Akiva managed to finally contact his American uncle, but by now he was committed to immigrating to Palestine. While in Modena, he joined a youth aliyah group of 100 boys and 20 girls under age of 18. They studied Hebrew prior to their departure for Palestine on June 26, 1946 on board the Josiah Wedgewood. The British intercepted the boat and interned the passengers in the Athlit camp. After his release, Akiva spent one year in Alonim, a youth aliyah kibbutz and then served in the Haganna and later the IDF. After his army service, Akiva applied for an American visa and immigrated to the United States in 1958. [Source: Howard Greenfeld, After the Holocaust]