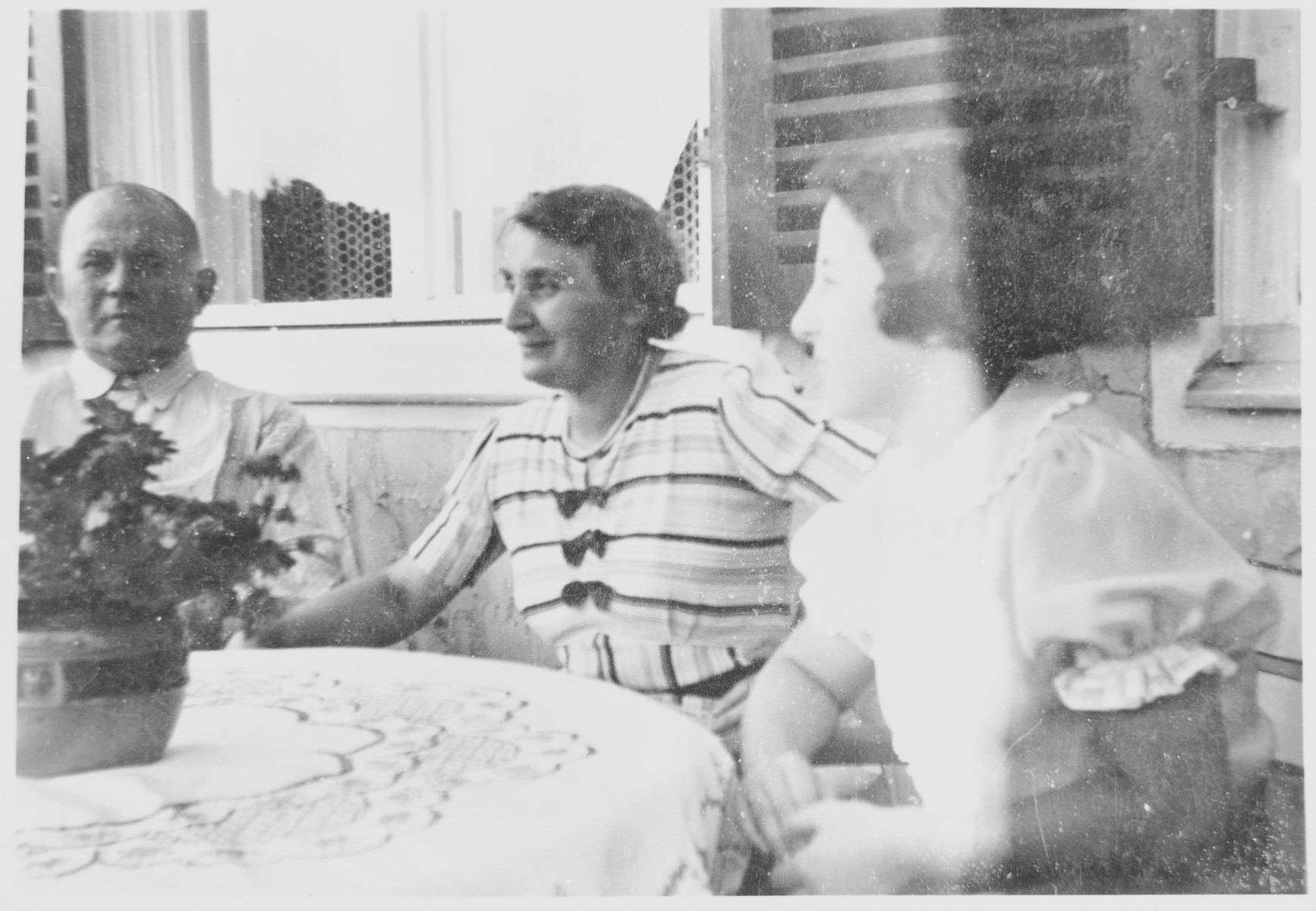 Pictured from right to left are: Margot (Miriam) Beck, her maternal aunt, Martha, and her uncle Alfred (Wobbi) Ludwig.