Jizchak Schwersenz, director of the Youth Aliyah school in Berlin, poses outside with some of his students. 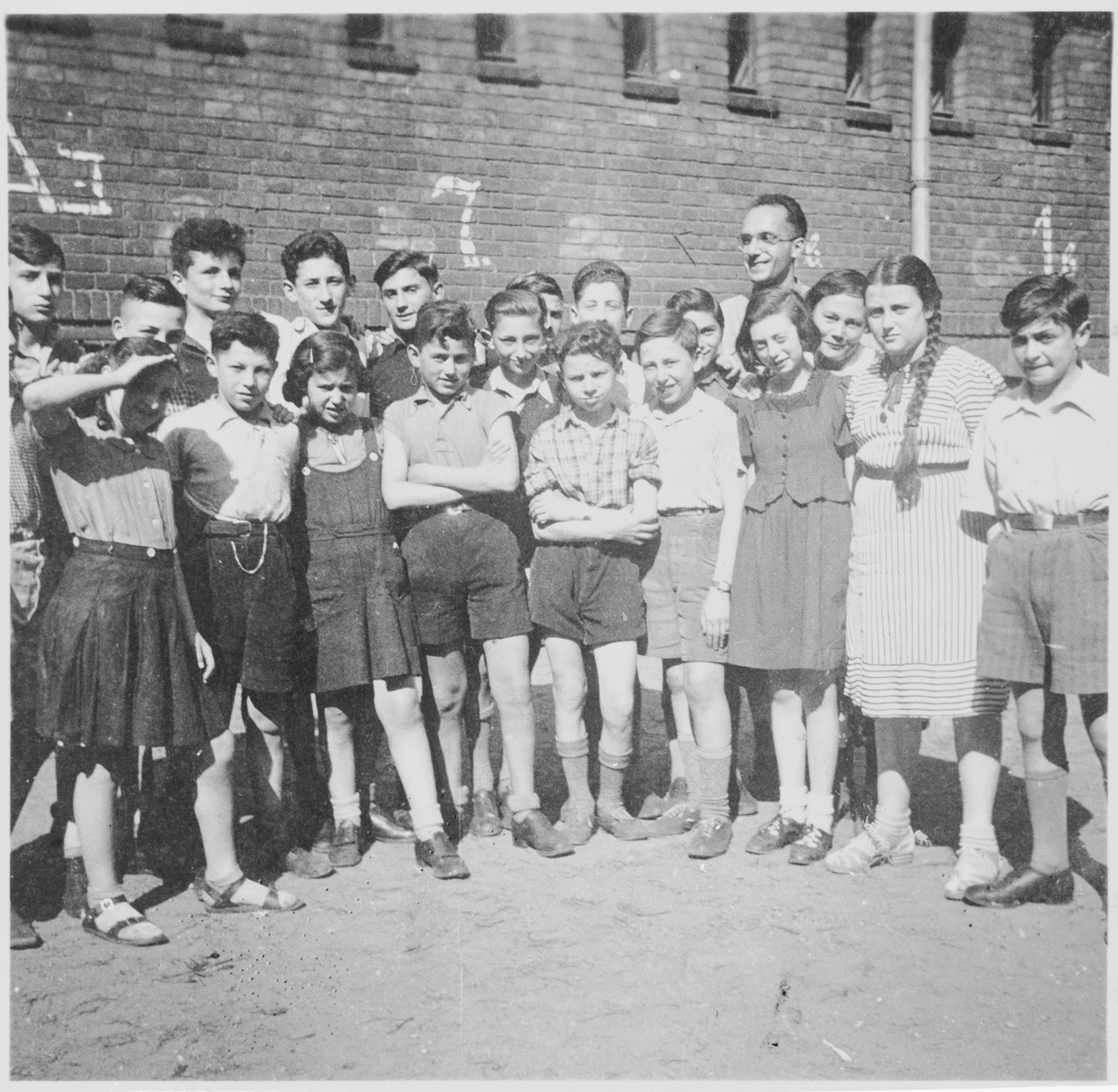 Jizchak Schwersenz, director of the Youth Aliyah school in Berlin, poses outside with some of his students.

Event History
The Youth Aliyah school in Berlin was founded in 1936 by the Jewish community to accommodate the increasing numbers of young people who wanted to join the Hehalutz Zionist youth movement in order to train for immigration to Palestine. Though Jewish youth groups were banned by the Nazis in 1936, the Youth Aliyah school was tolerated for several more years because it prepared Jews for emigration. In May 1939 Jizchak Schwersenz became its director. When the Nazis prohibited Jewish emigration in October 1941, they closed the Youth Aliyah school.
https://www.ushmm.org/wlc/en/article.php?ModuleId=10005142.