Group portrait of members of the extended Münzer family in Rymanow, Poland. 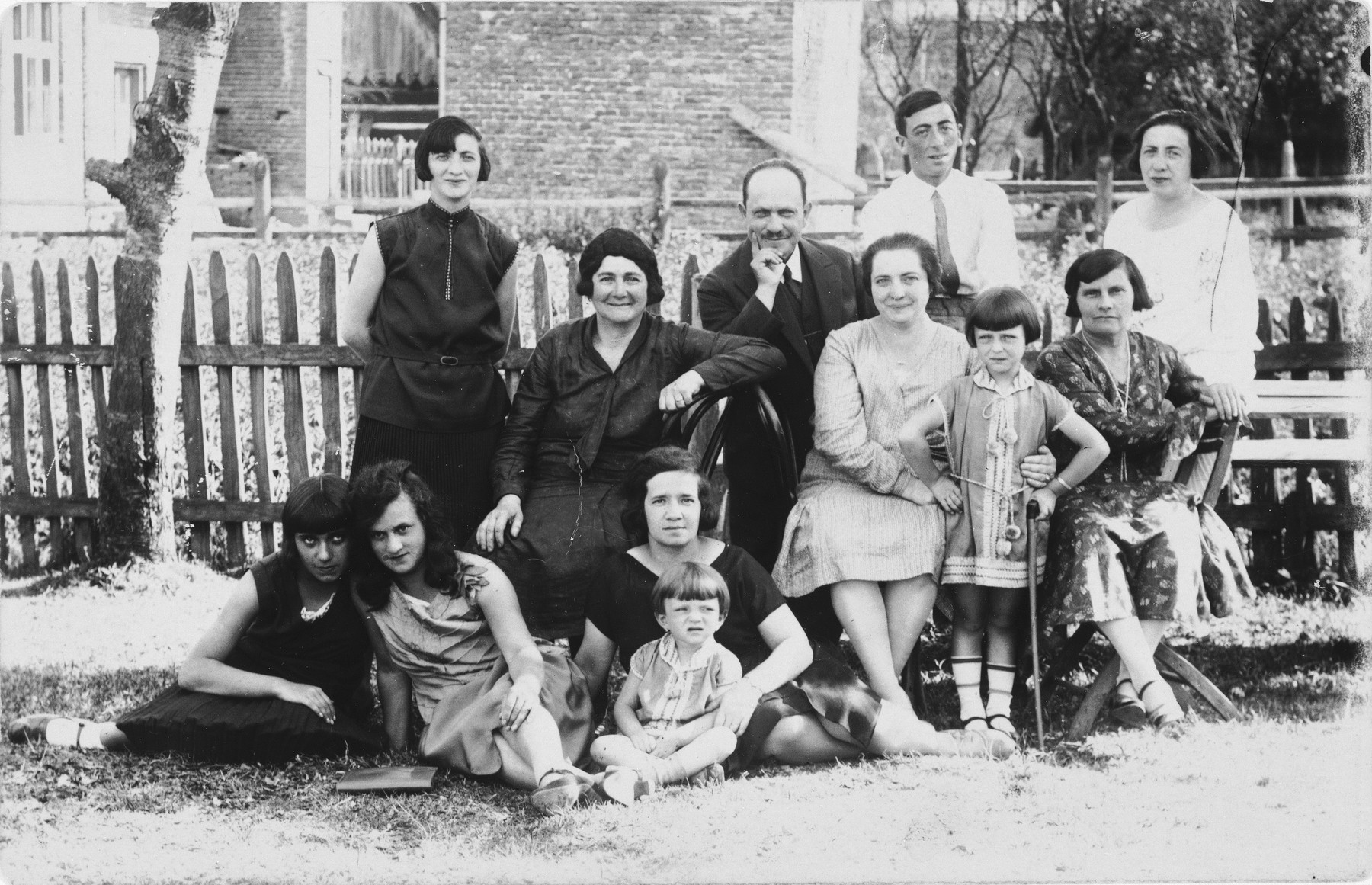 Group portrait of members of the extended Münzer family in Rymanow, Poland.

Among those pictured are Gitel Münzer (upper left) and her mother, Sara (Bucher) Münzer (middle row, third from the right in the light dress).