A little boy, who had been hidden by Andree Geulen, poses next to a chicken coop on a farm. 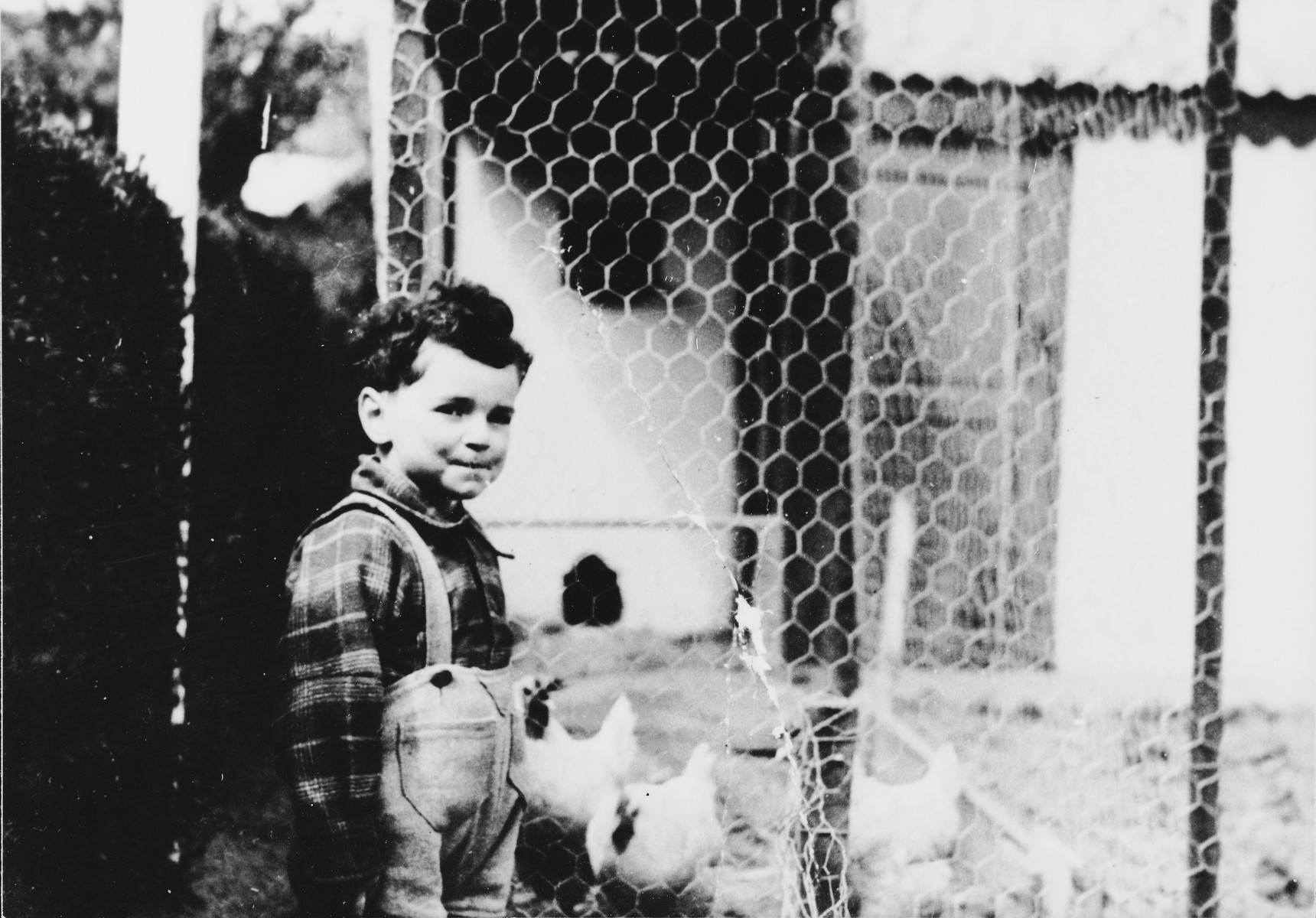 A little boy, who had been hidden by Andree Geulen, poses next to a chicken coop on a farm.

Biography
Andree Herscovici (born Andree Geulen) was born in Brussels in 1921. As a teenager, Andree was influenced by the events of the Spanish Civil War. She defended the Republican cause, helped refugee children and sent food and goods to Spain. Though not Jewish, as a young teacher in 1941, she became aware of the danger faced by the Jewish children in her school. After making initial inquiries she was recruited to join the Committee for the Defense of the Jews (CDJ) an organization devoted to the rescue of Jewish children. After a Jewish family contacted the CDJ, Andree visited the family and gathered information about their children. She recorded all of the information in a log so that the CDJ could reunite the children with their families after the war. She then would return to the family on the following day to pick up the children and take them to a safe location in either Flanders or the Ardennes. Other members of committee were responsible for maintaining contact with the children and the rescuers while in hiding. In this manner the CDJ saved approximately 3000 Jewish children. After the war, Andree worked for the American Jewish Joint Distribution Committee helping to reunite the children with their families. She married a Jewish man in 1948 who had survived the war in Switzerland with his brother. His parents, grandparents and other brother were all killed at Auschwitz. Andrée Geulen was recognized as a Righteous Among the Nations, and on April 18, 2007