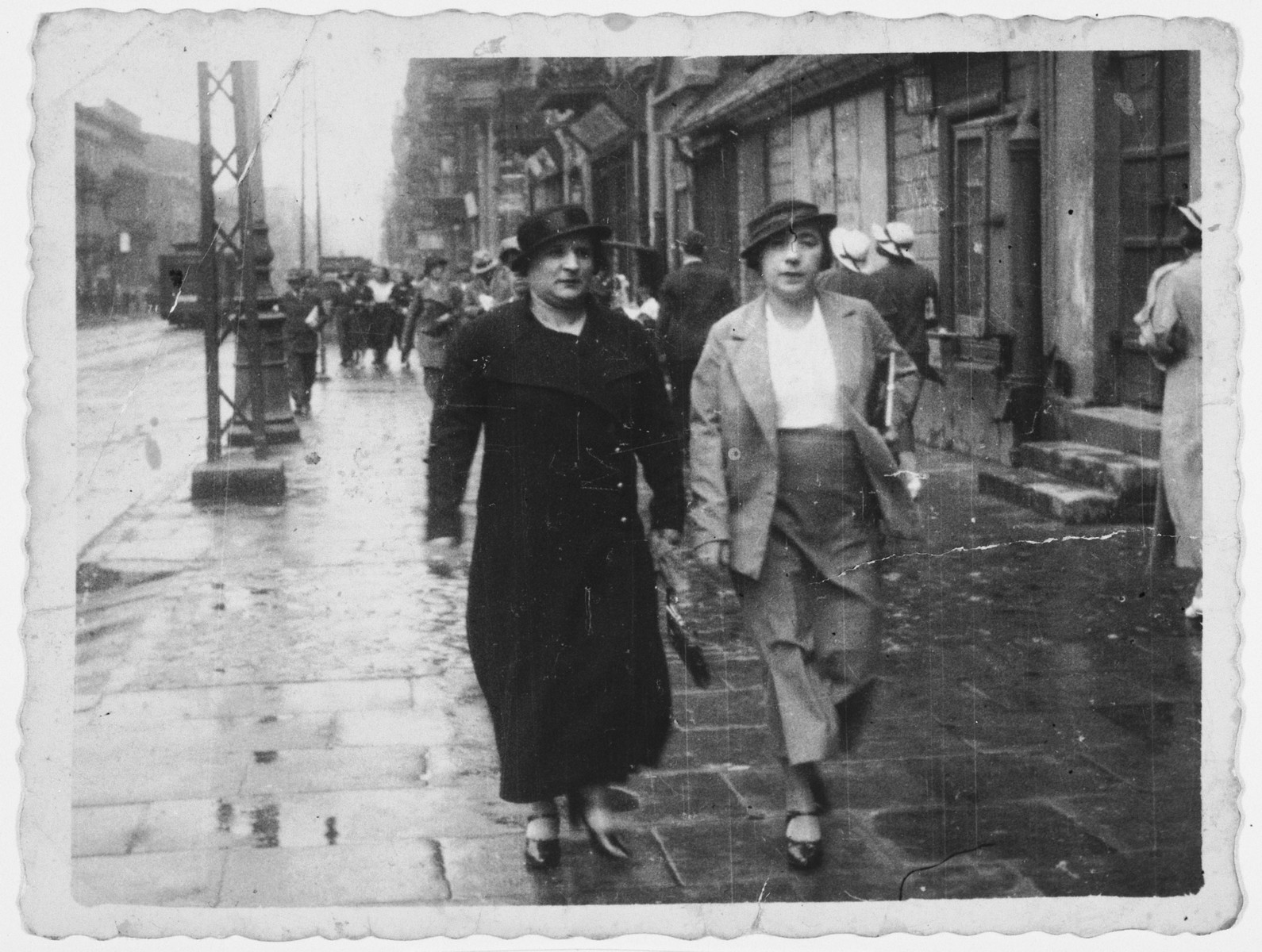 Biography
William Shattan (born Wolf Shattan) is the son of Joseph and Bluma Shattan. He was born on January 6, 1921in Lodz Poland and was raised in a religious Zionist household. He attended a Mizrachi school and belonged to the Bnai Akiva youth movement. Wolf had one older brother, Lolek, who was born on February 5, 1919. Joseph passed away in the early 1930's, and though he left the family with sizeable resources, both Lolek and Wolf went to work to help support the family. On September 1, 1939, Germany invaded Poland and on February 8, 1940, established a ghetto in Lodz. Bluma, Wolf and Lolek found housing together with her brother-in-law Abram Shattan, his wife and son. Shortly after the establishment of the ghetto, Lolek signed up to go to Germany on a special work assignment with the promise of better conditions and greater rations for his family in the ghetto. He perished sometime later while doing forced labor in Germany. Wolf worked in the ghetto administration obtaining heating supplies. At first this entailed breaking down abandoned buildings, but later worked as a gatekeeper. In September1942, Nazi forces raided the ghetto hospital looking for the infirm, elderly and children. Bluma was among those rounded up for deportation and was later murdered in what was called the Gehsperre Aktion. After her capture, Wolf found it dfficult to continue as before. He moved out of his uncle's home and went to live with friends. He remained in the ghetto for the next two years until its final liquidation in August 1944. After his arrival in Auschwitz he met an uncle who advised him to try to join a special metal work group that was to be sent to Germany. Since Wolf looked strong and healthy, he was selected for this group even though he had no prior metalworking experience. Wolf was sent to the Wander-Werke automobile factory in Siegmar-Schonau. Since the workers there were international, and not exclusively Jewish, working conditions were somewhat better than in other places. They later isolated the Jewish workers and sent them to a special camp called Hochenstein-Ernstahl. Since Wolf was not a trained metalworker he was assigned heavy labor on the grounds of the factory. However, after one worker lost an arm in a machine, Wolf was transferred to the factory to use the complex machinery. Since Wolf did not have the proper training, he began to sabotage the factory's operations. Eventually, Wolf was found out. The civilian head of the company ordered that the SS guard take him out and shoot him. The SS soldier protested that a civilian had no authority to give him orders, and as a result, Wolf's life was spared. He protested that the sabotage resulted from misunderstanding the instructions given to him in French, and after being slapped by the SS man, Wolf was sent back to work. Wolf was next assigned work on a lathe under the direct control of a Nazi. Though the two hated each other, and the Nazi at first treated Wolf in a sadistic manner. However, they eventually worked out a working relationship after Wolf pointed out that the Nazi would eventually be sent to the Eastern Front and could be imprisoned in a POW camp where he would be treated the same way the Nazi was treating him. In fact a new German did come to supervise Wolf and his working conditions markedly improved. Wolf remained at the factory until Americans bombarded the vicinity in April 1945. At this point the factory was evacuated and the workers were sent on a death march to no particular destination. On April 12, Wolf managed to escape. Though he was shot at and a bullet grazed his back, he escaped to the forests where he met other escapees. Wolf eventually made his way to Prague where he was hospitalized. Though he was cared for well in Czechoslovakia, Wolf decided to return to Lodz to see what remained of his former hometown. There he met up with a former girlfriend, Irene Borenstein, and the two continued on together. They left Lodz and made their way to Stettin on the Polish border. After crossing into Soviet occupied Germany, they were arrested by the NKVD. They were kept for several days before being released and sent to the Jewish community of Berlin on Oranienburg Strasse. They settled in the Schlachtensee DP camp, which was in the American zone. Irene and Wolf married in Berlin on February 2, 1946, and in 1949 they immigrated to the United States.