Group portrait of students at the Melle monastery, where Jewish boys were hiding during the German occupation of Belgium. 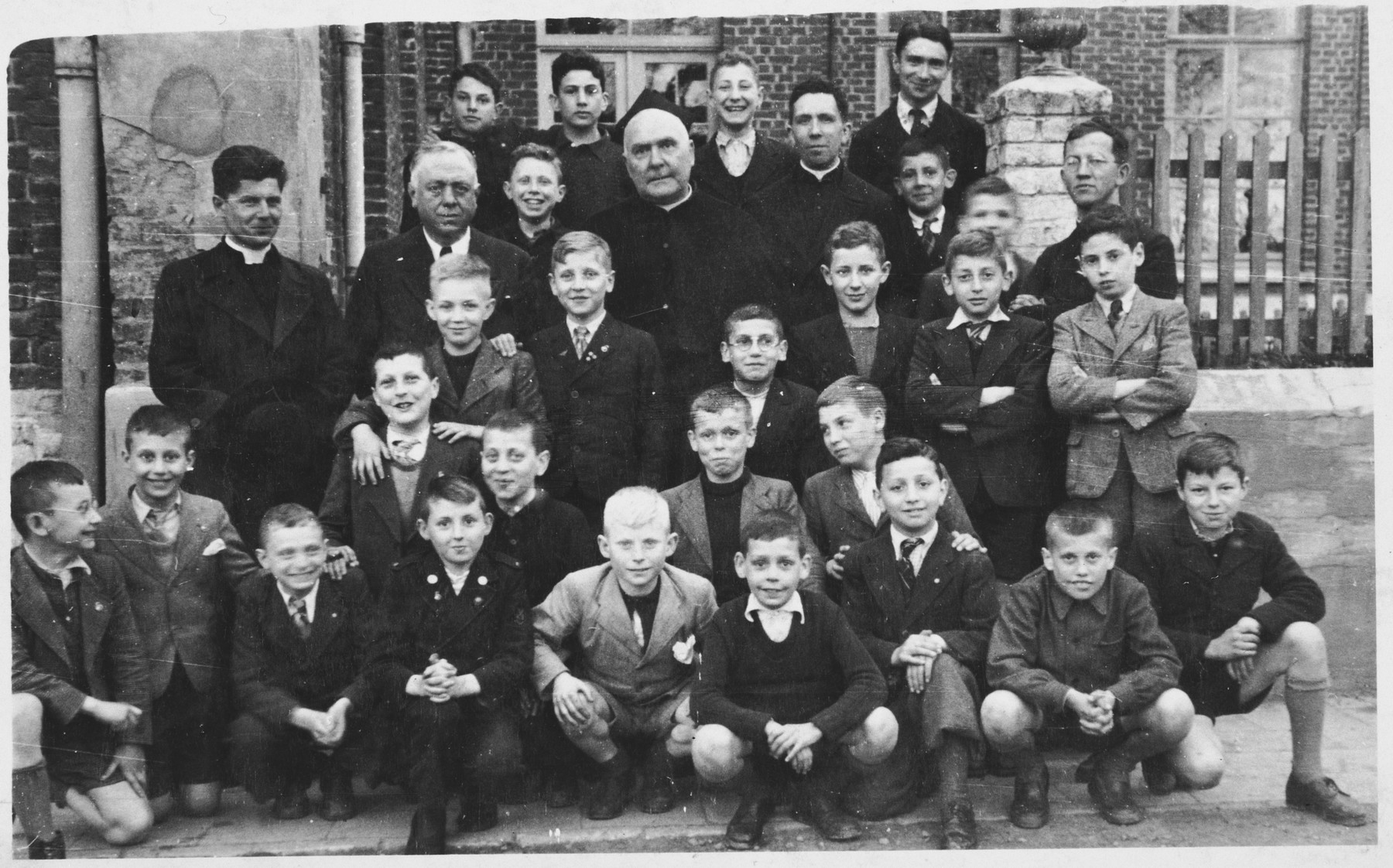 Group portrait of students at the Melle monastery, where Jewish boys were hiding during the German occupation of Belgium.

Among those pictured is Jacques Kucinski (third row, second from the right).

Biography
Jacques (Abraham Isaac) Kucinski is the son of Majlech Joseph Kucinski Belman and Frida (Opatowski) Kucinski. He was born February 7, 1932 in Brussels, where his father worked as a tailor. Jacques had one younger brother, Robert (b. 1939). His parents were born in Gabin, Poland and immigrated to Belgium in 1930. Majlech and Frida had belonged to the Jewish socialist Bund in Poland, and Jacques joined the Union Jeune Juifs, a socialist Jewish youth movement, in Brussels. After the German invasion of Belgium in May 1940, the Kucinski family fled to southern France. Frida took the two children, and Majlech traveled separately. They were reunited in Marseilles, where they stayed in a refugee camp. But after a few weeks they decided to return home to Brussels. Soon after their return, Frida and Majlech began searching for a safe hiding place for their children. They made contact with Andree Guellen (later Herscovici) of the CDJ (Committee for the Defense of Jews). She obtained false papers for the boys under the names of Jacques and Robert Vanderlink and placed them in the Chateau de Beloeil children's home owned by Prince de Ligne, a member of the Belgian royal family. They lived there from 1941 to 1942, during which time Frida managed to visit them monthly despite the risks involved. In 1942 the boys were moved to a monastery school in Melle, where a half-dozen other Jewish boys were sheltered, and remained there until the end of the war in 1944. During this period Majlech and Frida were hiding in the attic of a Belgian tailor. After the war the brothers were reunited with their parents, but Majlech had to spend the next two years in a sanatorium recovering from the tuberculosis he had contracted while in hiding. In 1956 the family immigrated to Mexico City, and in 1976 they moved to San Diego, California.