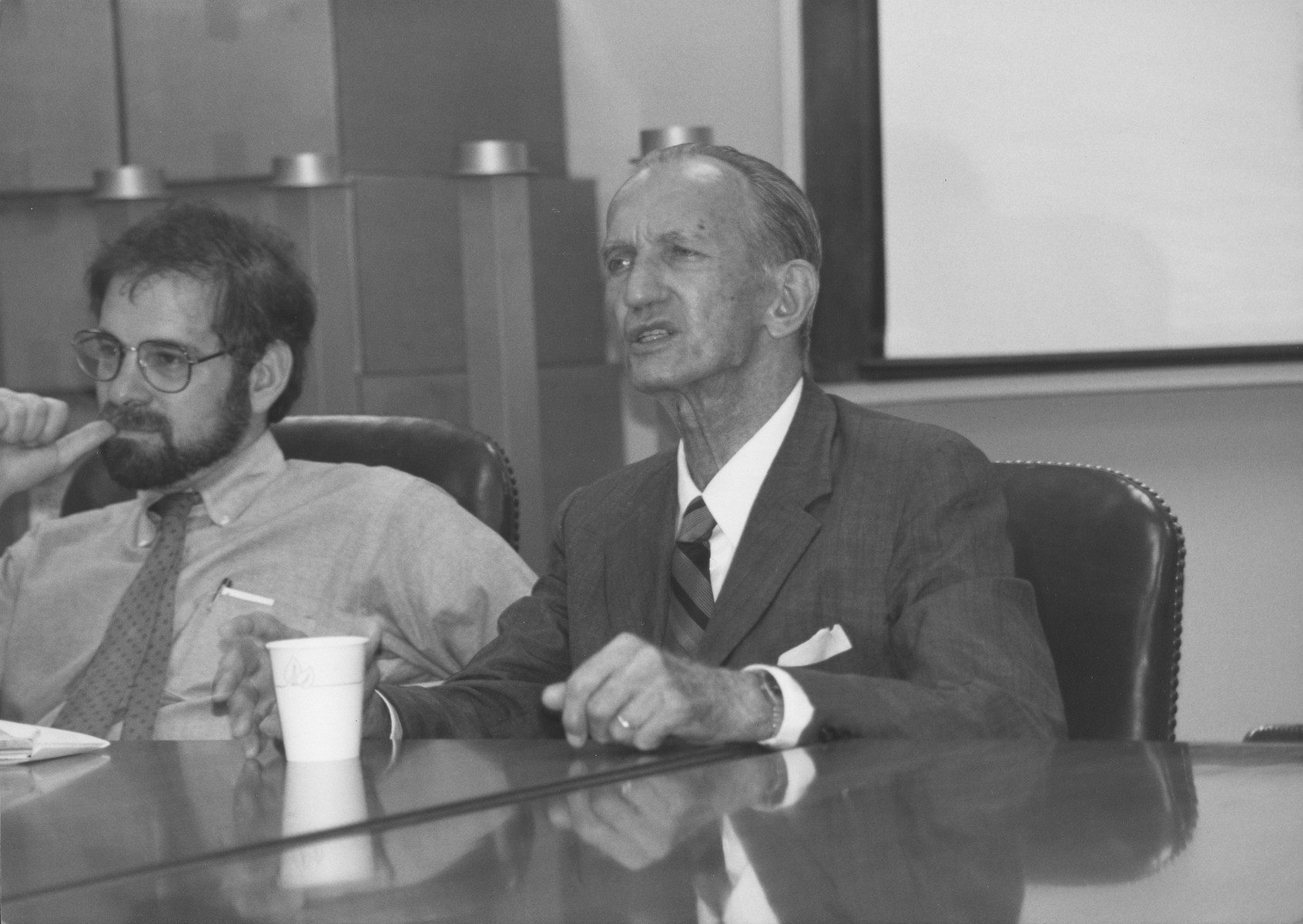 Seated next to Karski is Museum Program Director Michael Berenbaum.