Group portrait of Jewish DP youth standing among a cluster of tents at the Poppendorf displaced persons camp. 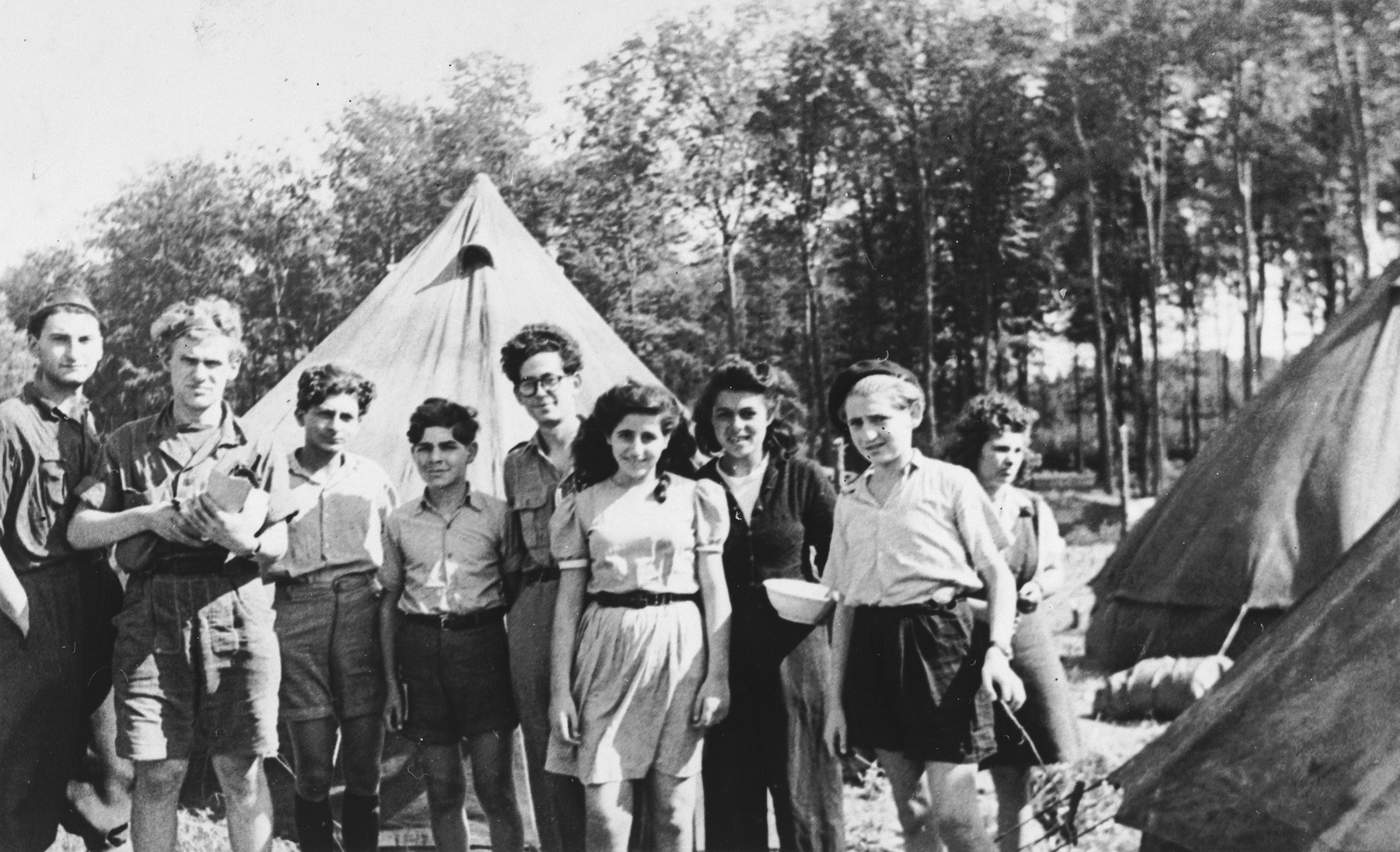 Group portrait of Jewish DP youth standing among a cluster of tents at the Poppendorf displaced persons camp.

Those pictured include Benno Ginsburg (second from the left) and Jacques Rabinovich (center, wearing glasses).