Two Jewish youths chop wood while living in hiding on a farm in Taluyers. 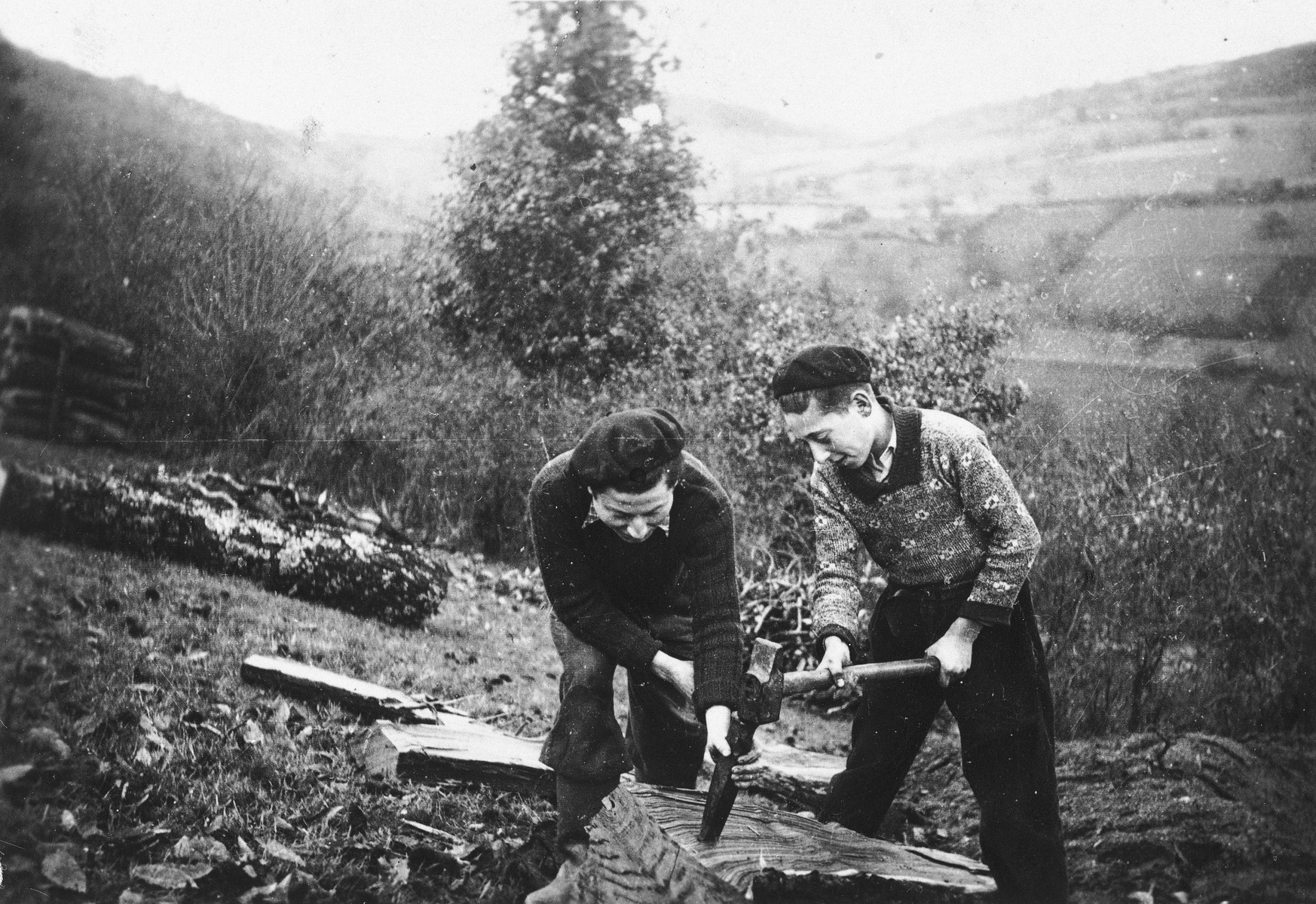 Two Jewish youths chop wood while living in hiding on a farm in Taluyers.

Alfred Bohem (left) survived and lives in Strassbourg and Robert Loeb is on the right.

Biography
Claude Hemmendinger is the son of Alice and Fernand Hemmendinger. He was born April 7, 1923 in Strasbourg, France. He had one sister, Janine Hemmendinger (b. 1928). Before the war Claude studied at the Ecole Superieur de Commerce in Montpellier. In 1942 Claude went into hiding on a farm in Taluyers (south of Lyon) under the alias, Claude Hamelin. The farm, ostensibly a French agricultural school, was in reality a religious hachshara (Zionist agricultural collective) run by the Eclaireurs Israelites de France (Jewish scouts). There, Claude met Judith Feist who arrived on January 1, 1943. The two developed a romance, but were separated when Judith had to leave in mid-September to rejoin her family that was attempting to escape to Switzerland. Claude remained at Taluyers until April 1944. Immediately after the Passover holiday, he left the school with three friends. The following week, the four joined up with approximately sixty Jewish refugees and began an arduous trek over the Pyrenees Mountains into Spain. The crossing was both more grueling and longer than anticipated, and the youth faced hunger, frostbite and exhaustion. After a few days, Claude arrived safely in Spain, where the JDC provided him with food and lodging. After spending the summer in Spain, Claude sailed for Palestine on October 26 aboard the SS Guine. He immigrated legally with papers provided by the JDC. In Palestine Claude joined the Haganah underground army and in 1947 was wounded in battle near Ein Hanatziv. After spending six months in the hospital, Claude returned to Strasbourg to recuperate in his parent's home. From Strasbourg, Claude wrote Judith, who was then living with relatives in London, asking to see her again. Soon after their first reunion in Paris, the two were married (September 1948) and immigrated to Israel.