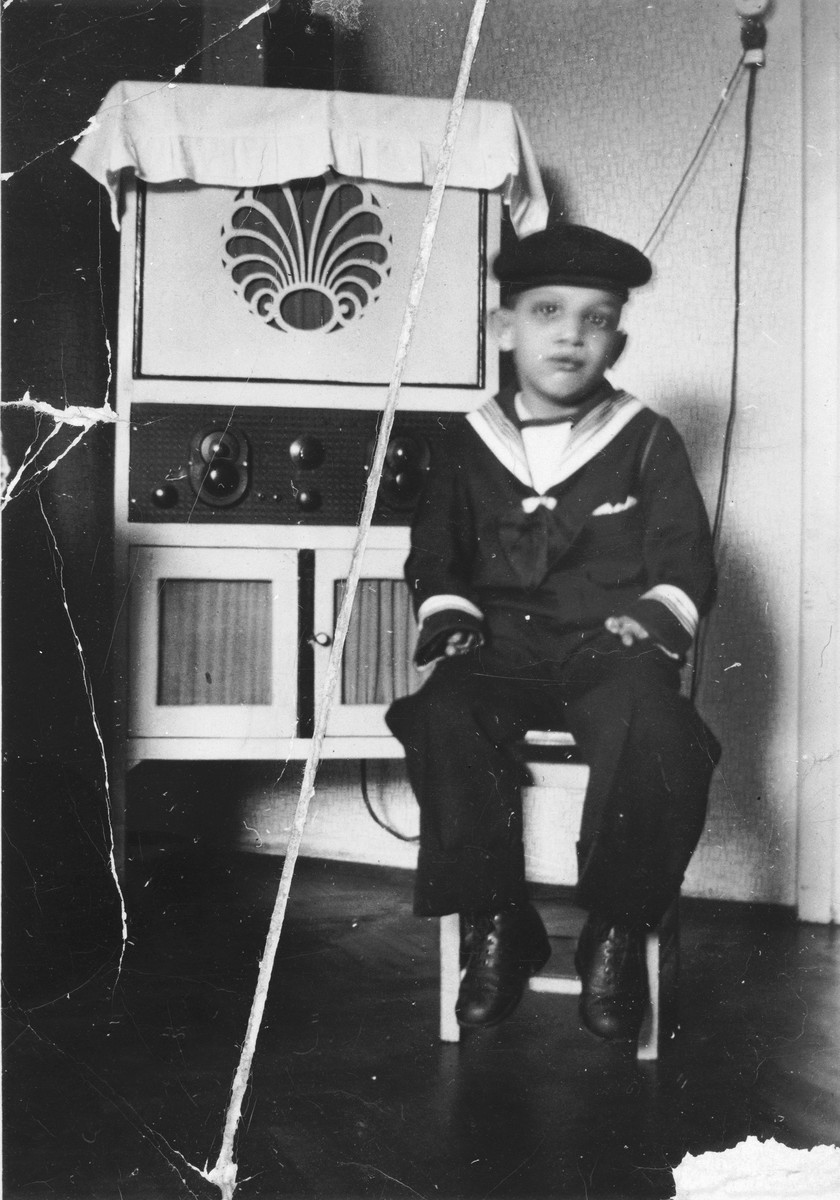 Although Eric was 16 years old, he looked like a boy of six.

Biography
Eric [last name unknown] is the son of a Jewish doctor from Vienna, who was born without hands or feet. After the German annexation of Austria in 1938, Eric's family applied for American visas. They were granted only three, for the parents and sister, but not one for Eric, because of his handicap. Heartbroken, Eric's family wanted to stay behind with him, but the consul persuaded them to go, saying that once they became citizens, they would be able to obtain a visa for Eric. When the family left for America, they entrusted Eric to the care of his grandmother in Antwerp. However, the grandmother was killed during the German invasion of Belgium in May 1940. Eric was then placed in an orphanage where he stayed until the end of the war. His parents began searching for him immediately after the liberation. After locating him, they asked the OSE to care for him until they could obtain papers to bring him to the US.