Foreign born Jews arrive at the gare d'Austerlitz station during a deportation action from Paris. 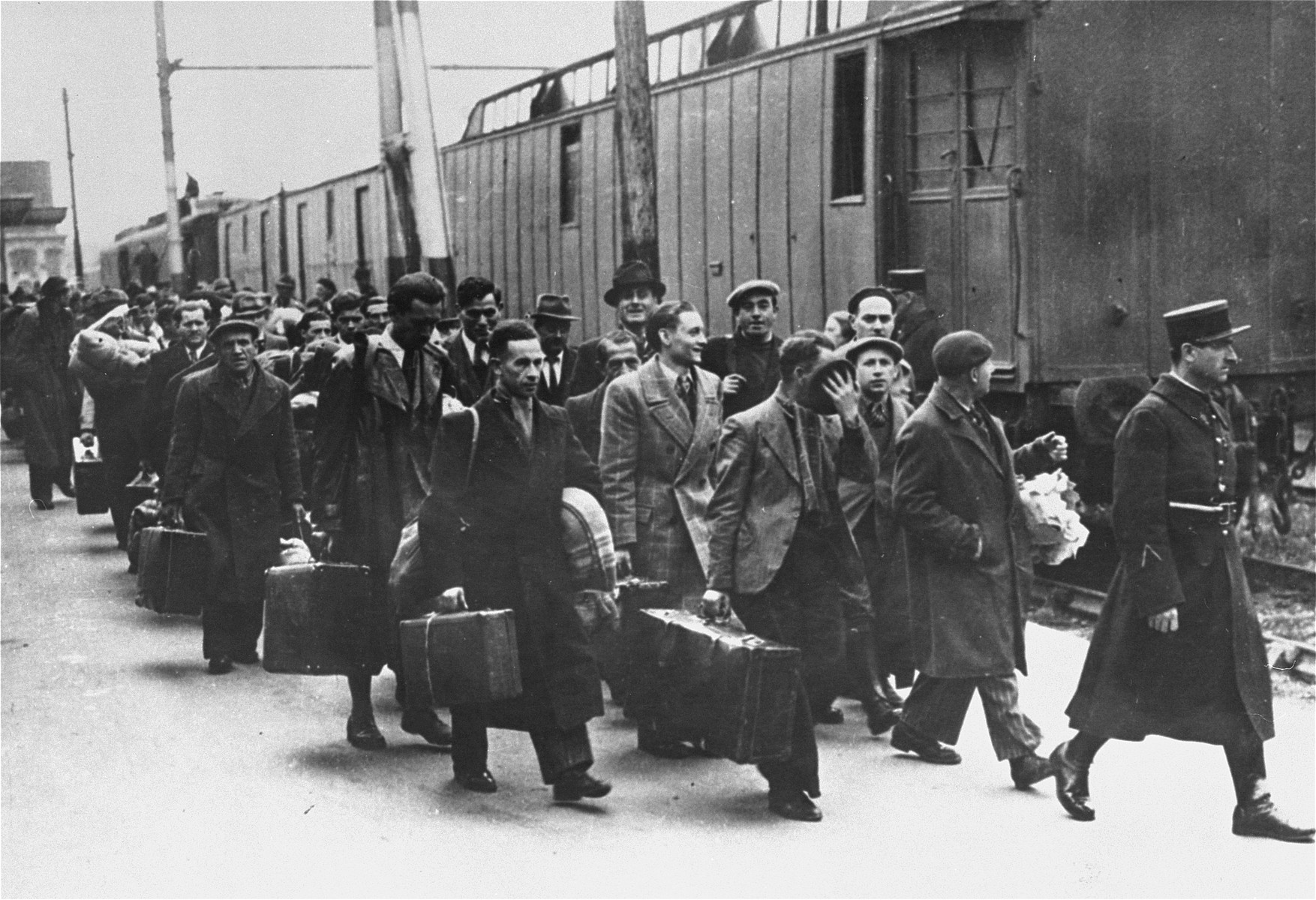 Foreign born Jews arrive at the gare d'Austerlitz station during a deportation action from Paris.

Event History
The deportation of foreign born Jewish men in occupied Paris was carried out in accordance with the decree of October 4, 1940 which called for their arrest and concentration into camps. Summons were sent on May 14, 1941 to Czech, Austrian, and Polish Jews, who were instructed by the French prefecture of police to come with one relative to specific locations in the capital in order to have their papers examined. On that date approximately 5000 foreign born Jewish men between the ages of 18 and 40 reported to the various assembly points. Once they arrived, they were forbidden to leave. The friends and relatives who accompanied them were instructed to return home to collect a few provisions for them. The detainees were then put on buses and driven to the gare d'Austerlitz train station, where they were immediately boarded onto four special trains bound for the internment camps of Beaune-la-Rolande and Pithiviers located in the Loiret near Orleans.