Frieda Belinfante sits at a table with her partner in their home at Hendrik Jacobszstraat in Amsterdam. 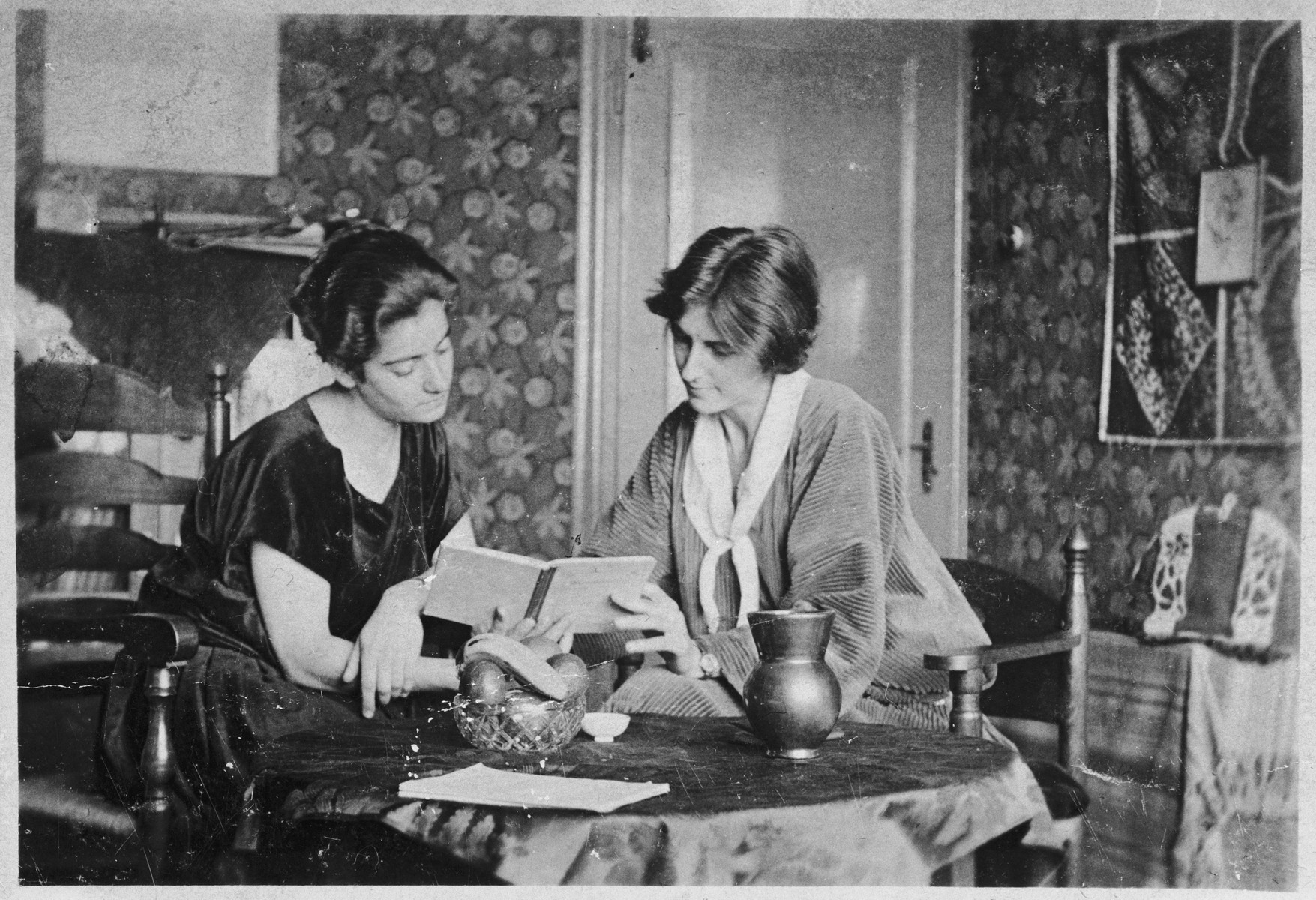 Frieda Belinfante sits at a table with her partner in their home at Hendrik Jacobszstraat in Amsterdam.
Henriette Bosmans, a well-known composer and pianist, was the partner of Frieda Belinfante for seven years.