Members of the Kibbutz Ichud hachshara look out of the window of their Warsaw apartment. 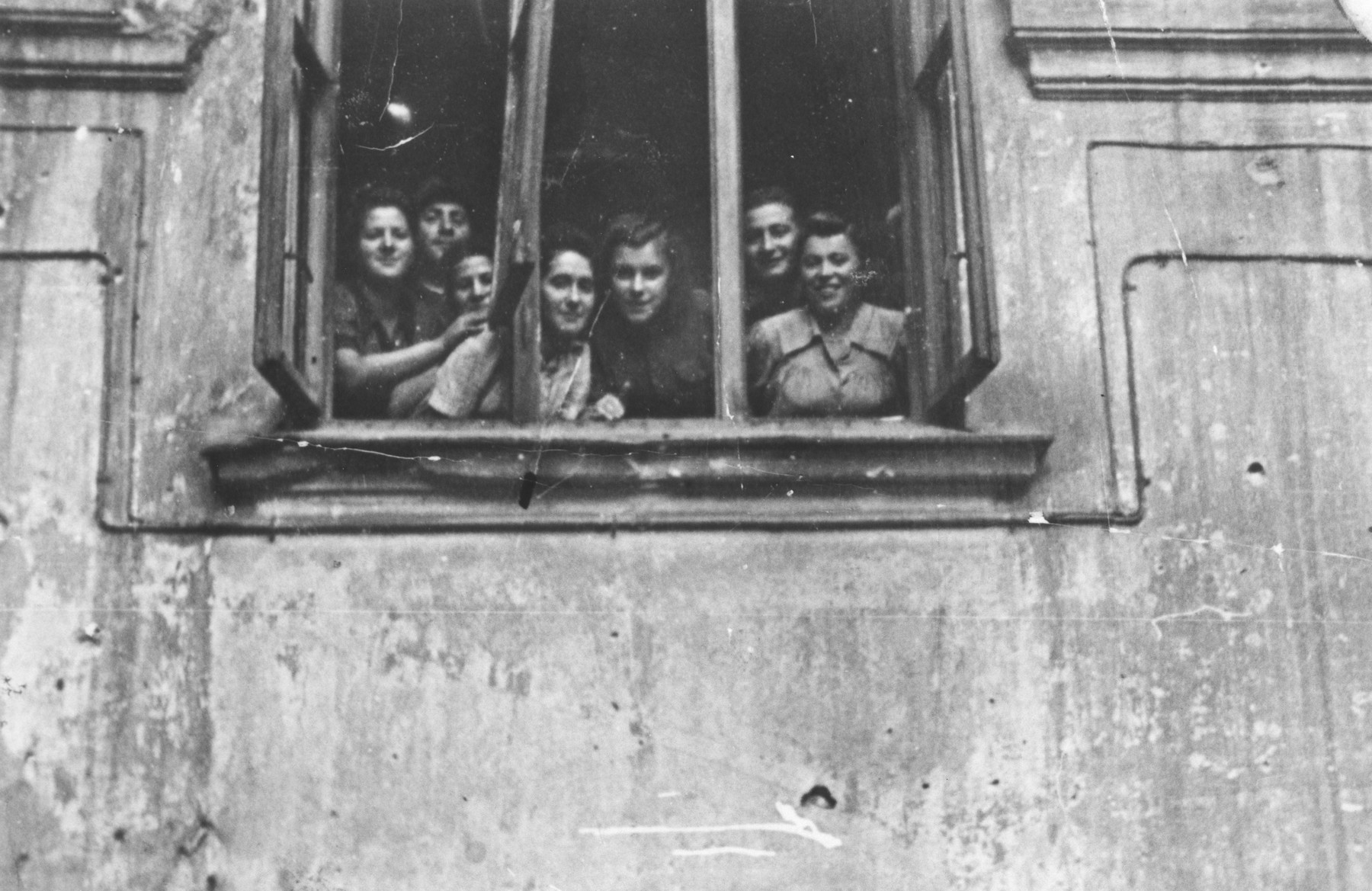 Members of the Kibbutz Ichud hachshara look out of the window of their Warsaw apartment.

Among those pictured are Sara Fiszman, Zosia, Hela Iwaniska, Hanka and Morris.