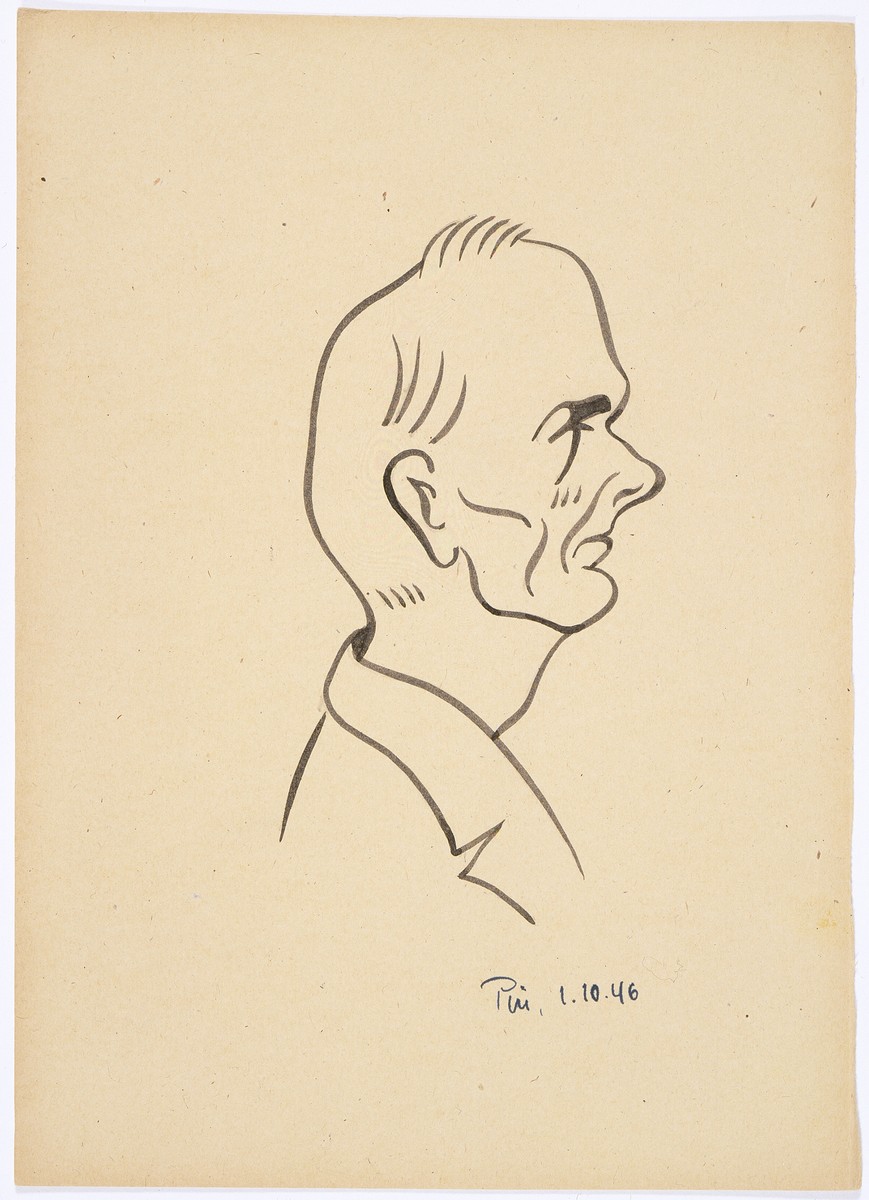 https://encyclopedia.ushmm.org/content/en/article/international-military-tribunal-at-nuremberg.
Biography
Karl Doenitz (1891-1980) began his naval career before World War I, joining the submarine corps in its early stages. On January 1, 1936, Doenitz became Fuehrer der U-Boote and expanded the fleet in accordance with the German-British Naval Agreement. In 1939, he became Commander of the U-boat fleet, and was convinced that U-boats alone could win the war. His innovative tactics, primarily pack assaults, on British convoys resulted in 2,882 destroyed cargo ships and nearly 15 million tons of shipping. Doenitz succeeded Erich Raeder as Supreme Naval Commander in 1943. One of his first decisions was to break off the Battle of the Atlantic due to the rising toll and improving Allied defenses. Doenitz remained a loyal supporter of Hitler, advocating the loyalty oath and condemning the assasination attempt on July 20, 1944. In May 1945 Hitler named Doenitz his successor as Reich president in his last will and testament under the assumption that he would carry on the war. Doenitz planned to seek partial capitulation in the West to save what he could from the Soviets, in terms of manpower and material. However, his infant government in Flensburg, under Johann Ludwig Schwering von Krosigk, was forced to accept unconditional surrender. Doenitz was sentenced to ten years for crimes against peace at Nuremberg and served his sentence in Spandau.