Portrait of the Leibowitz family. 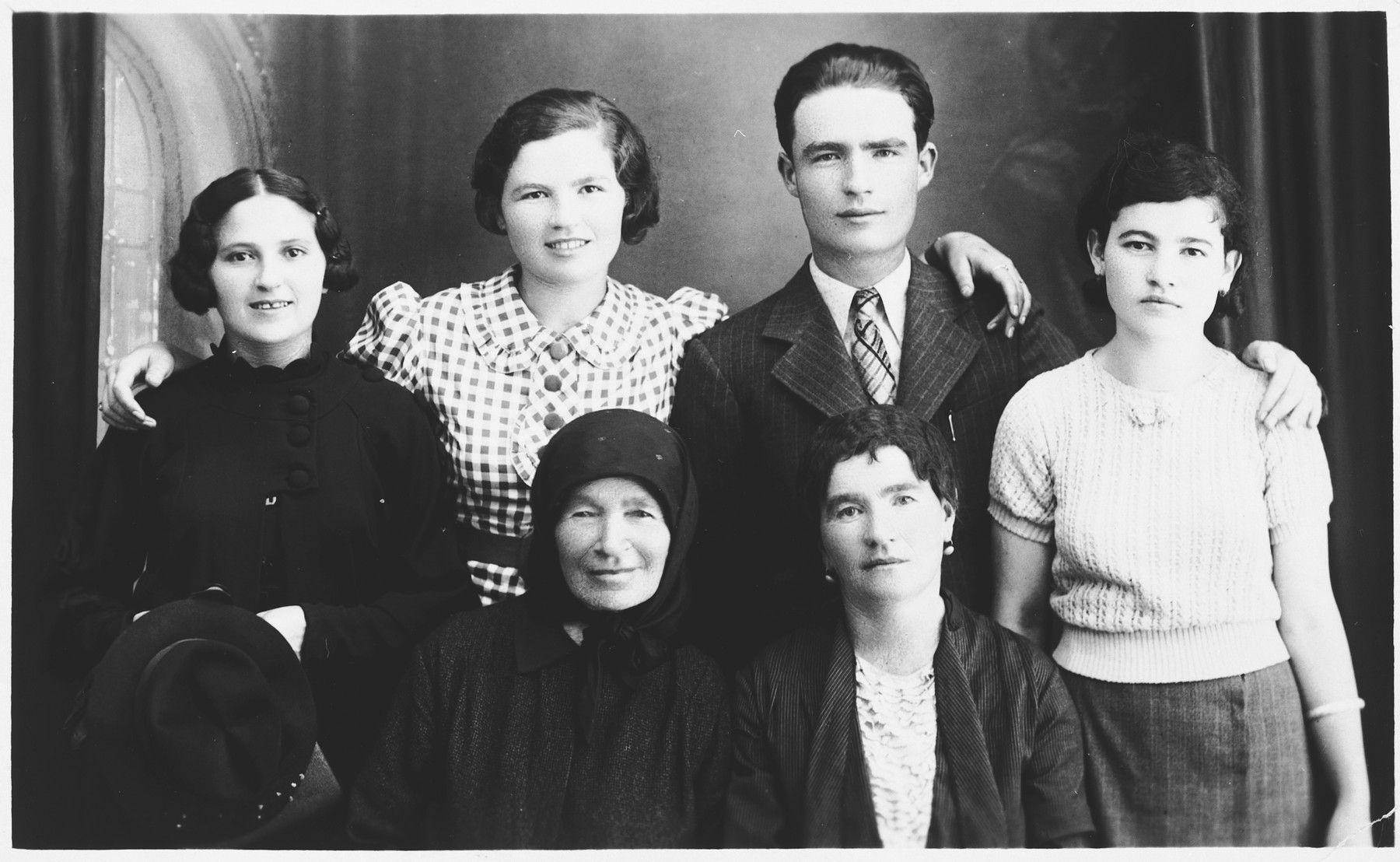 Portrait of the Leibowitz family.

Pictured are the isisters, cousins, grandmother, and mother of Chaya Leibowitz.

Biography
Helen Goldkind (born Chaya Leibowitz) is the daughter of Martin Leibowitz and Rose Moskowitz. She was born on July 9, 1928 in Volosyanka, Transcarpathia where Martin owned a shoe store. The family later lmoved to the neighboring town of Uzhgorod. Chaya had five older siblings, Frances who immigrated to the United States in 1938 and passed away shortly thereafter, Laylo, Bayla, Saul, and Sylvia and one younger brother, Efraim. In spring 1944 Germans occupied Uzhgorod and established a ghetto. Shortly thereafter they deported the Jewish residents to Auschwitz. When they arrived in Auschwitz, Rose, Chaya and Sylvia were sent to the right for forced labor. However, Rose, upon seeing her youngest child Efraim sent to the left, tried to run after him. She was beaten by guards and then directed to the left where she perished with her son. Bayla also was sent to the left with their grandmother and was killed immediately. Chaya and Sylvia were assigned to a forced labor brigade in a munitions factory. From there they were sent on a death march to Bergen Belsen where they were liberated on April 15, 1945. After the war Chaya and Sylvia went to Sweden to recuperate in a sanitarium. Their oldest brother Laylo perished in a Hungarian labor battalion. Their other brother Saul was sent to labor camps in the east and was liberated Soviet forces. He remained in the Soviet Union until he finally received permission to leave in the 1970s.