Rabbi Eliezer Silver disembarks from an airplane on a visit to the DP camps of Europe. 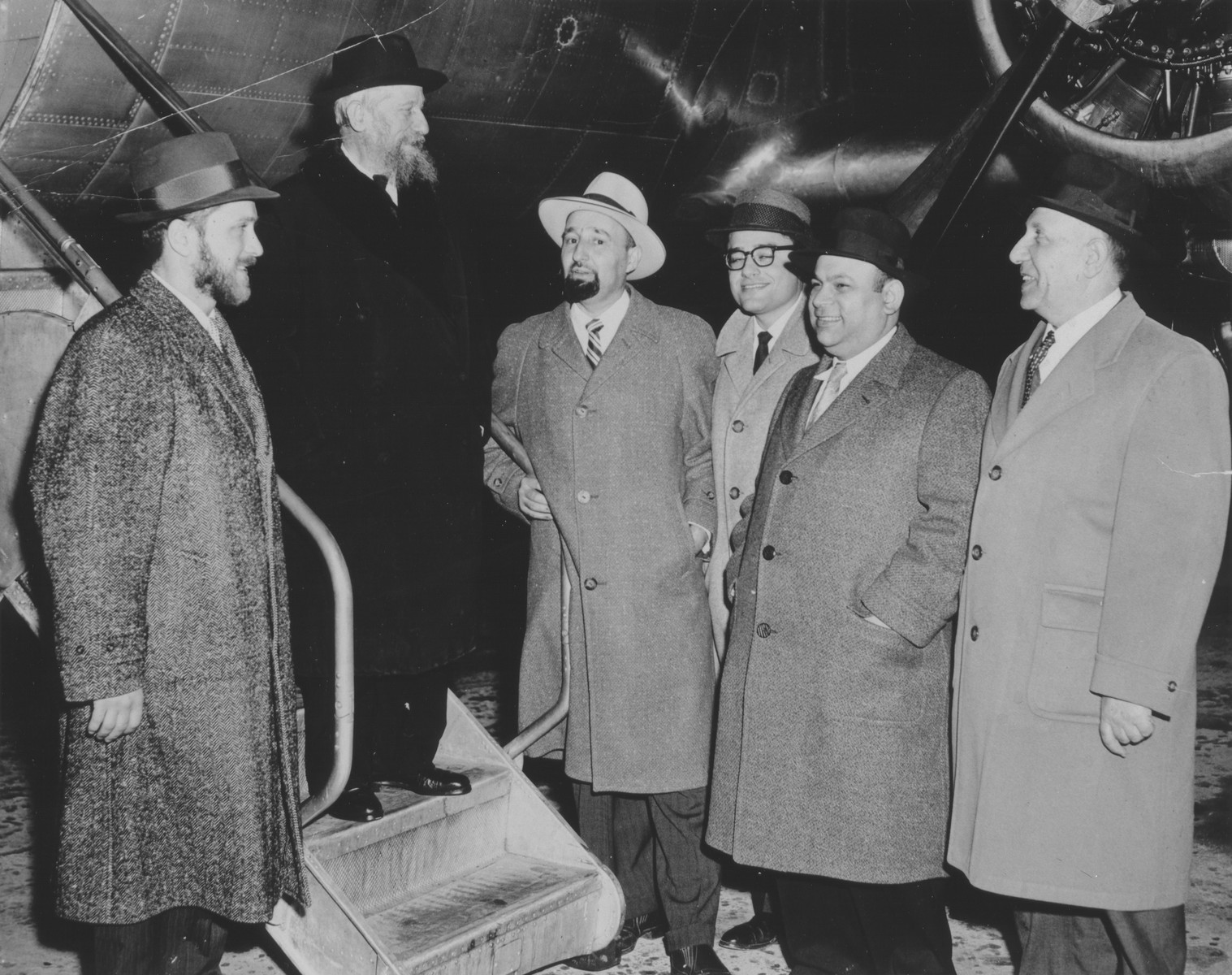 Rabbi Eliezer Silver disembarks from an airplane on a visit to the DP camps of Europe.

Biography
Rabbi Eliezer Silver (1881-1968) grew up in Dusetos, Lithuania where his father served as the town's rabbi. He studied with and received rabbinical ordination from Rabbi Chaim Ozer Grodzinski in Vilna before immigrating to the United States in 1907 to escape conscription into the tsarist army. He received a pulpit in Harrisburg, Pennsylvania and later in Cincinnati, Ohio where he served as rabbi for 37 years. In 1912 he was elected to the executive committee of the Agudat Harabanim, and in 1937 he headed the American delegation to the Agudah's Knessiah Gedolah in Marienbad. There he met with rabbis from every European country. It was the last such gathering of this kind. In 1939 Silver helped found the Agudat Israel of America. Later that year, after yeshiva students flooded into independent Vilna following the German invasion of Poland, Rabbi Silver's former teacher, Reb Chaim Ozer appealed to him to raise funds to support the refugees. This led to the creation of the Vaad Hatzala [Rescue Committee]. It was established by the Union of Orthodox Rabbis of the United States and Canada in November 1939 to raise funds for Polish rabbis and yeshiva students stranded in Lithuania and later in Shanghai. As the Vaad became aware of the scope of the European tragedy, it broadened its mission to lobby Washington on behalf of all European Jewry. Under Silver's leadership the Vaad grew to the second largest Jewish relief group, second only to the Joint. After the Bermuda Conference failed to take positive action to help Jews, Rabbi Silver met with Peter Bergson, nephew of the Chief Rabbi of Palestine, Avraham Kook. Together they organized a march of 400 rabbis on Washington on October 6, 1943, the day before Yom Kippur. Rabbi Silver met vice president Henry Wallace, Speaker of the House Sam Rayburn and others on the Hill. This was the only public demonstration of its kind and contributed to the formation of the War Refugee Board on January 22, 1944. At the age of 65, Silver flew to Europe on June 12, 1946 to assist the postwar relief efforts of the Vaad. Wearing a US army uniform, he visited ten countries over the course of the next three months touring DP camps, distributing food provisions, clothing, money and letters from relatives in America.