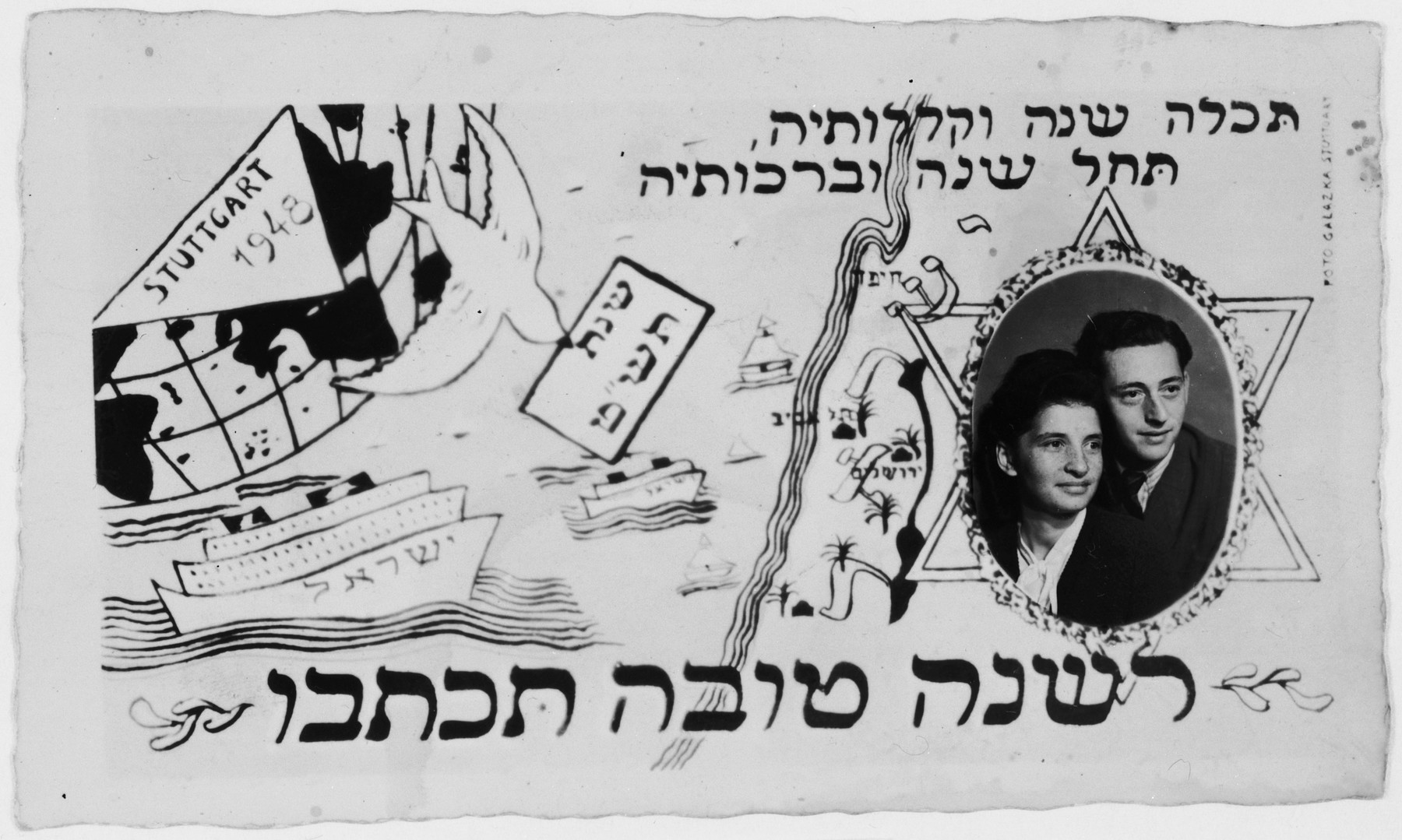 The card is decorated with a map of Israel and a boat labeled with the Hebrew word for Israel, a reference to the newly declared independant State of Israel.