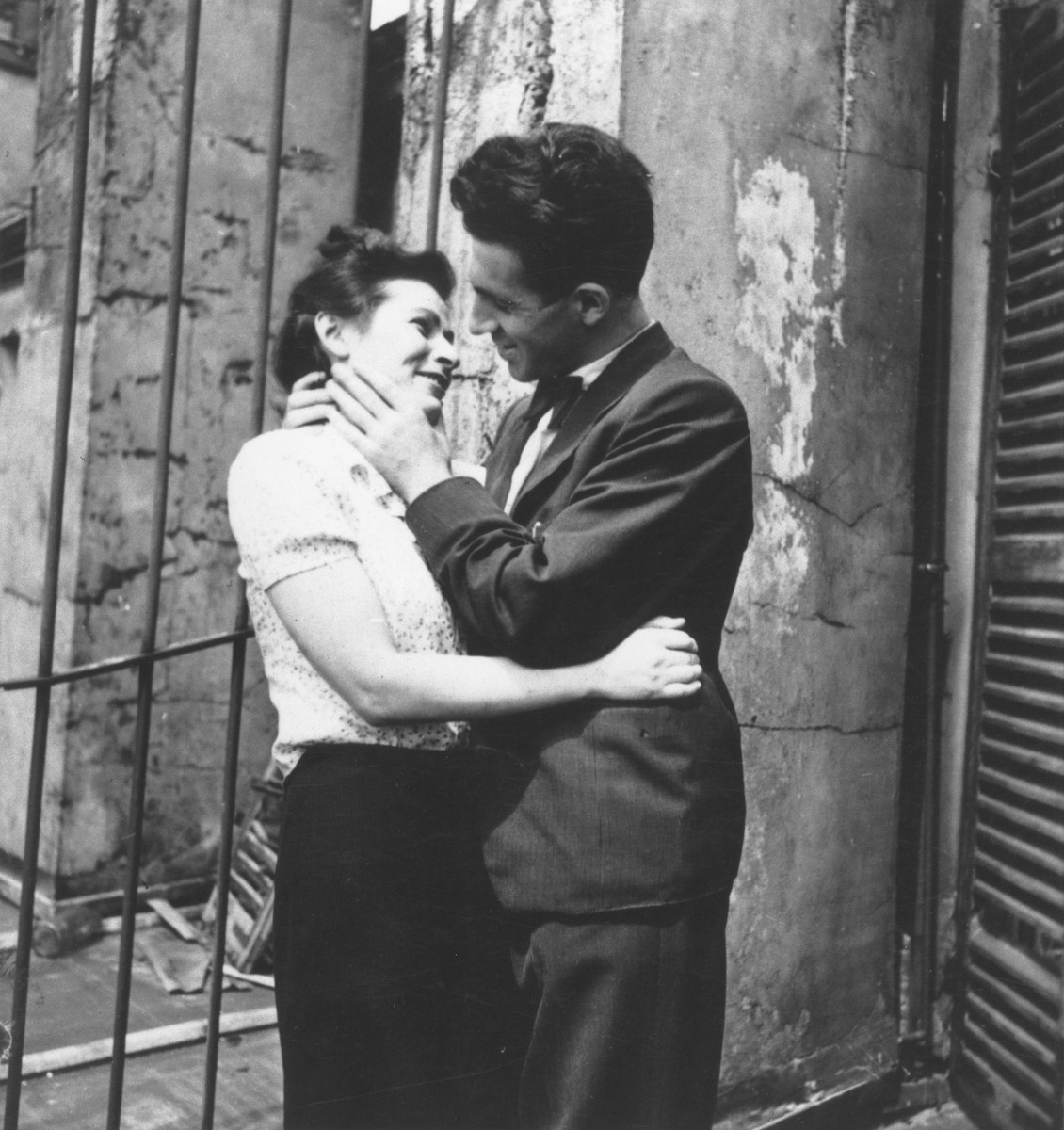 The caption on the verso of the photograph reads, "Bill Spira with his beloved Mina."

[Greenberg, Karen J. Columbia University Library, New York: the Varian Fry papers: the Fort Ontario Emergency Refugee Shelter papers. New York: Garland, 1990; Gold, Mary Jayne. Crossroads Marseilles 1940. Garden City, N.Y.: Doubleday, 1980.]
Biography
Wilhelm Spira (Bill Freier, 1913-2000), a Viennese political cartoonist and caricaturist. Soon after the Anschluss in March 1938, Spira was arrested along with his father. Following his release, Spira fled to Paris in August 1938, where he assumed the more symbolic name of Bill Freier (meaning "more free"). Following the Nazi invasion of France, Spira was fearful of arrest because of an anti-Nazi cartoon of his that had run in the British journal, London Opinion. Soon after the French armistice, Spira was sent to the Vichy internment camp of Le Vernet. He managed to escape and fled to Marseilles. Spira was painting portraits on the Vieux Port in Marseille when he first met Varian Fry. The head of the Centre Americain de Secours became interested in Spira when he learned that he could produce a perfect forgery of the Vichy identity card. While identity card blanks were easy to obtain, it was Spira's special skill in reproducing the official "Commissaire de Police" stamp and the official signature, that made him an invaluable asset to Fry's rescue operation. Unfortunately, Spira was caught forging documents by the Vichy police and arrested. He was released a short time later, but later re-arrested, leaving a distraught and pregnant wife, Mina, who came to Fry for help. Spira was subsequently deported to Poland, where he was imprisoned in a sub-camp of Auschwitz, before being transferred to a series of other concentration camps, among them Buchenwald and Theresienstadt. After the liberation, Spira returned to France, where he found Mina and his four-year-old son, Francois. He resumed using his prewar name,"Bill Spira," dropping the alias "Freier." Tragically, shortly after the Spiras were reunited, Mina suffered a breakdown which left her mentally incapacitated. She died in an asylum in 1953. Spira remained in Paris, where he worked as a caricaturist and photographer until his death in 2000.