Italian teenagers sit by their desks in their high school classroom. 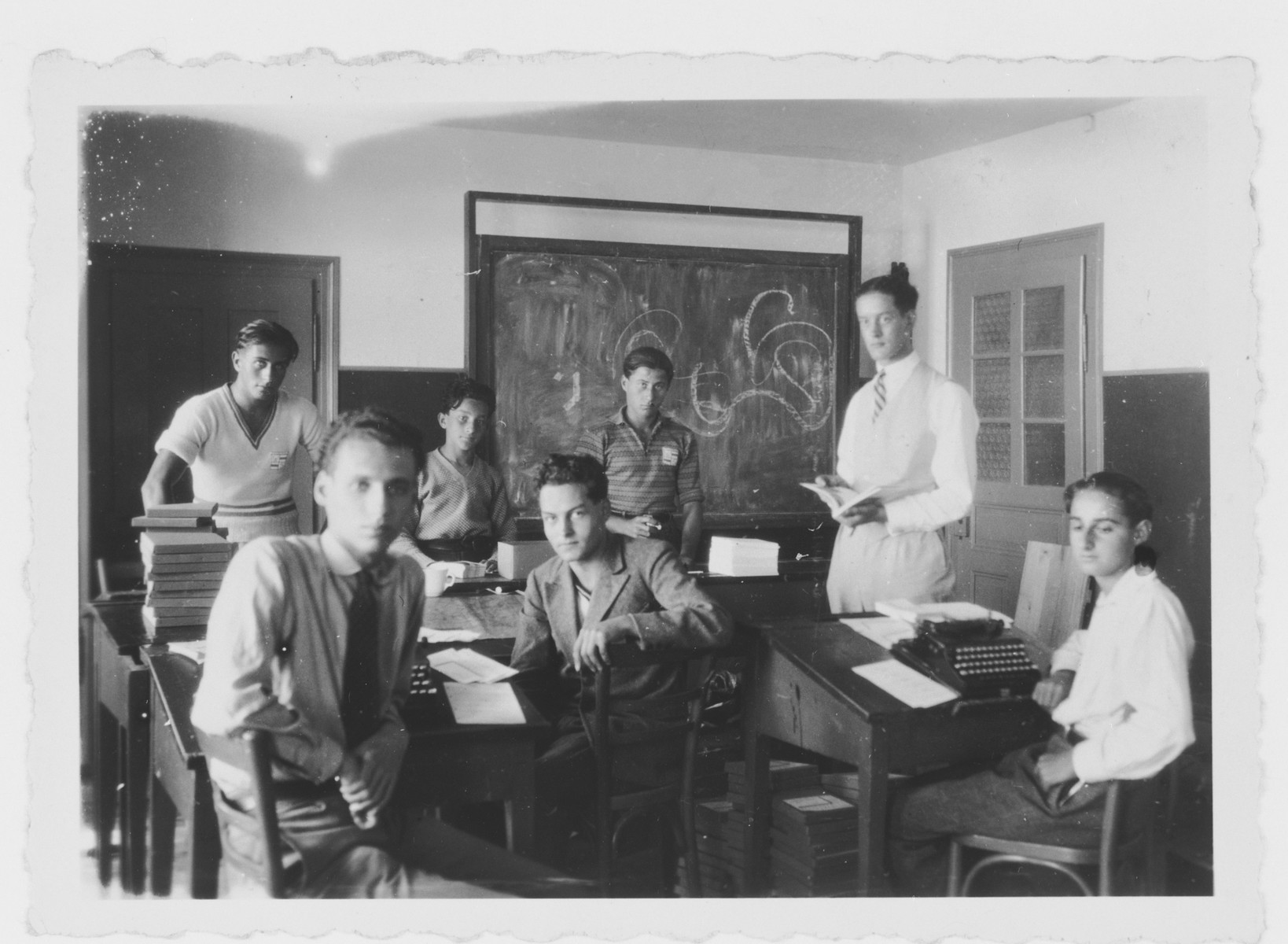 Italian teenagers sit by their desks in their high school classroom.

Mario Fabini is in the center in a suit.