Three young men walk down a street in Rome. 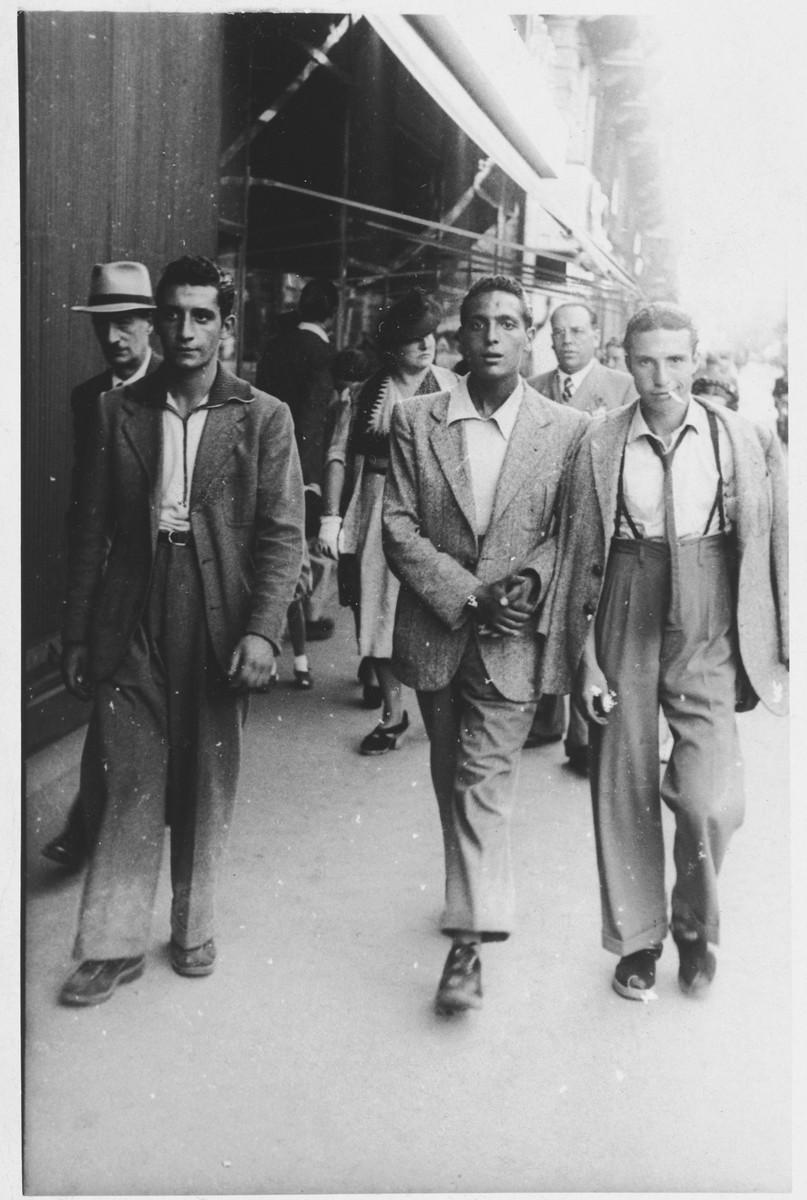 Three young men walk down a street in Rome.

Biography
Giuseppe DiPorto was born on March 6, 1923. He grew up in an assimilated Jewish family im Rome and had five siblings all of whom survived: Angelo, Vitale, Eleonore, Elena and Emma. He was a textile salesman who lived in Rome. In 1943 Giuseppe was arrested in Genoa when he went there on business. He and a cousin were first held in a prison in Genoa and then sent by train to Auschwitz. Giuseppe escaped from a death march following the evacuation of Auschwitz. He was found by Soviet troops. They cared for him for a few weeks, and then Giuseppe worked for them prior to returning home to Rome.