Group portrait of European refugees assisted by the Emergency Rescue Committee on board the Capitaine Paul-Lemerle, a converted cargo ship sailing from Marseilles to Martinique. 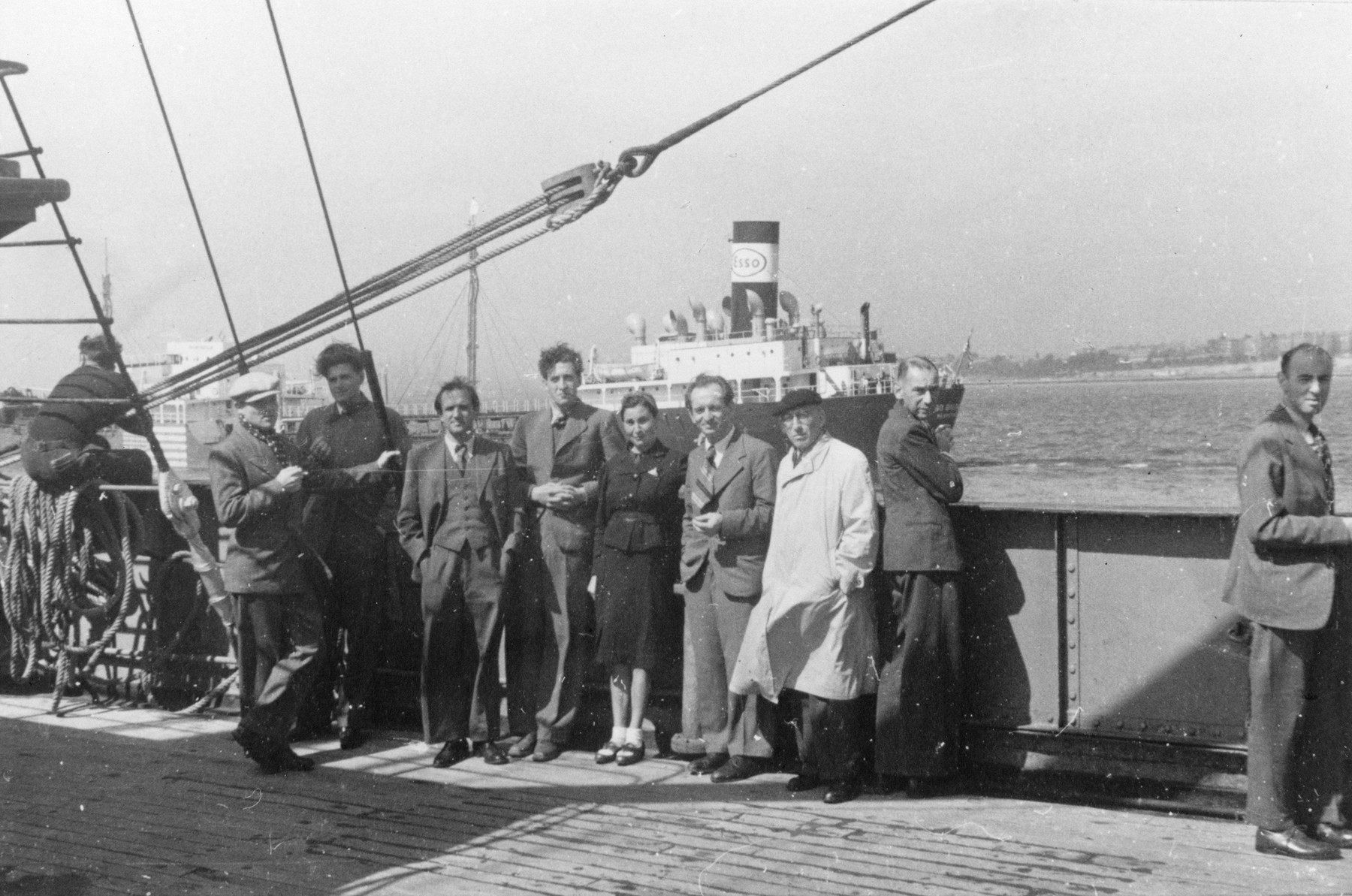 Group portrait of European refugees assisted by the Emergency Rescue Committee on board the Capitaine Paul-Lemerle, a converted cargo ship sailing from Marseilles to Martinique.

[Greenberg, Karen J. Columbia University Library, New York: the Varian Fry papers: the Fort Ontario Emergency Refugee Shelter papers. New York: Garland, 1990; Gold, Mary Jayne. Crossroads Marseilles 1940. Garden City, N.Y.: Doubleday, 1980.]
Biography
Dyno Lowenstein is the son of Kurt and Mara Lowenstein. His father served as a representative of the Social Democratic Party in the Berlin Reichstag. The family fled from Germany to France after the Nazi seizure of power. Kurt died in Paris in May, 1939. At the time of the German invasion of France in May 1940, Dyno was in Toulouse arranging his discharge from the French army. Following his release, he found his mother in Montauban. They heard that they were among a select few refugees that had obtained American visitors visas that had been signed by President Roosevelt. Through word of mouth they learned of the existence of the Emergency Rescue Committee headed by Varian Fry. Dyno immediately traveled to Marseilles to meet with the committee. With their assistance, Dyno and his mother left France on board the converted cargo ship, the Capitaine Paul-Lemerle, on March 25, 1941, traveling to Martinique. From Martinique they sailed aboard the Duc D'Aumale to New York.