Croatian leader Ante Pavelic and Field Marshal Slavko Kvaternik talk to a group of nuns at an unidentified camp or institution. 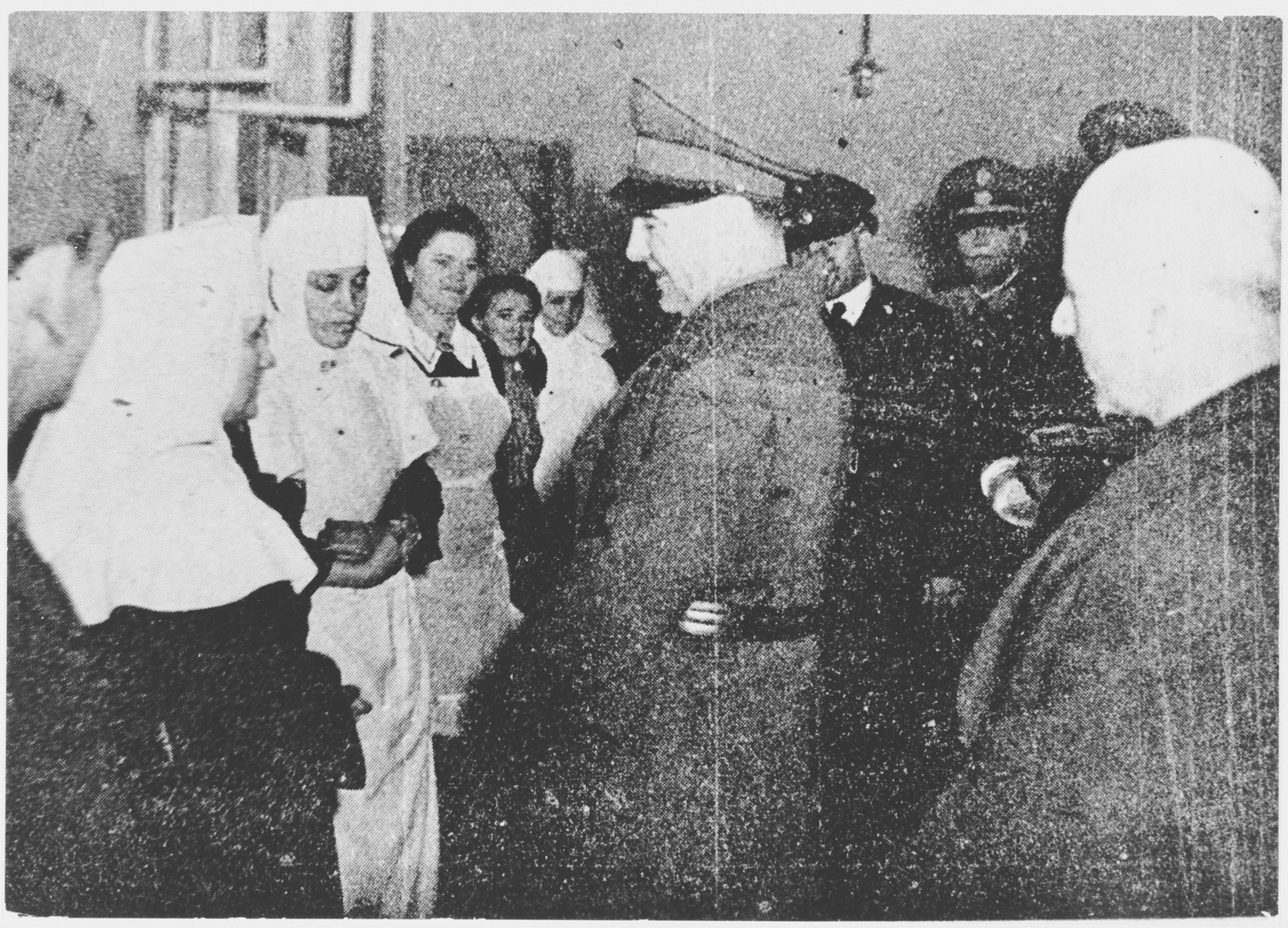 Croatian leader Ante Pavelic and Field Marshal Slavko Kvaternik talk to a group of nuns at an unidentified camp or institution.

Biography
Ante Pavelic (1889-1959), founder of the Ustasa fascist movement and leader of the Independent State of Croatia (NDH) during World War II. Trained as a lawyer, Pavelic served as a representative of the Croatian Justice Party in the Yugoslav parliament in the late 1920s. In 1929 following the declaration of the Royal Dictatorship by King Alexander, Pavelic went into exile in Austria, and later, in Italy, where he organized a Croatian terrorist organization, called the Ustasa, that was dedicated to the overthrow of King Alexander. After several attempts, the Ustasa succeeded in assassinating the king, for which Pavelic was sentenced to death in France. Pavelic remained in Italy until April 1941 when Nazi Germany conquered Yugoslavia and sanctioned the establishment of a Croatian state. Pavelic was appointed leader on April 16, 1941. Within weeks of his assumption of power Pavelic issued several decrees to promote the "purification" of Croatia from "alien elements." Over the next four years Pavelic unleashed a reign of terror that resulted in the deaths of hundreds of thousands of Serbs and tens of thousands of Jews and Roma After the collapse of the NDH in May 1945 Pavelic fled to Austria and then to Italy, where he lived for two years under the protection of the Vatican and Father Krynoslav Draganovic. In 1948 he resurfaced in Buenos Aires, Argentina, where he organized the Croatian Liberation movement. Following an attempt on his life in April 1957, Pavelic fled to Spain, where he died in December 1959.