A large group of children are assembled outside in the Gornja Rijeka concentration camp. 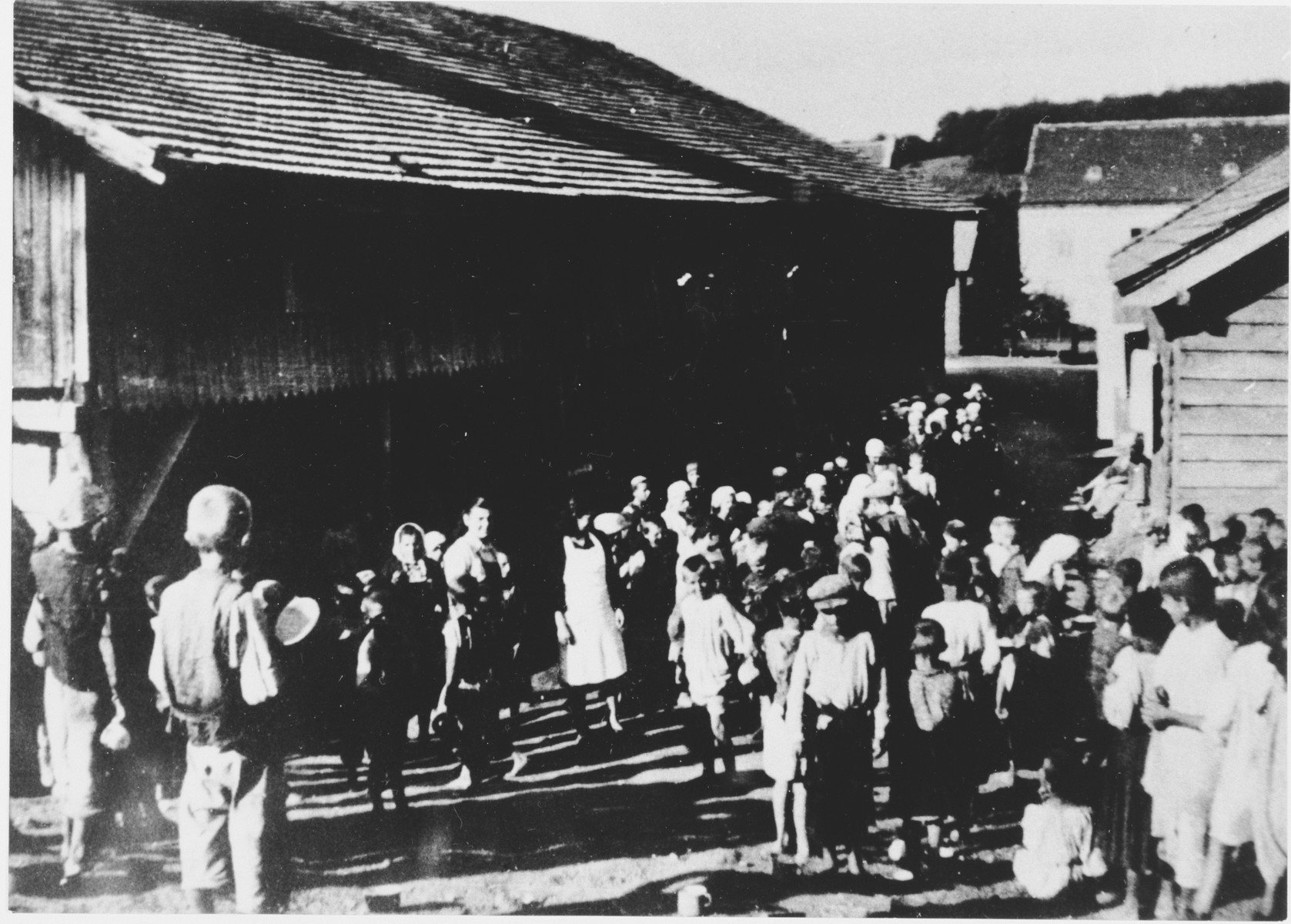 A large group of children are assembled outside in the Gornja Rijeka concentration camp.

Event History
Gornja Rijeka was a concentration camp in northern Croatia established in 1941 to accommodate the overflow of prisoners from the nearby Loborgrad camp for women and children. Initially, only the older women and children who could not work, were sent to Gornja Rijeka, but this practice was soon abandoned. During the summer of 1942 Gornja Rijeka became one of the internment camps where Serbian orphans from the Kozara region, whose parents had been sent to forced labor in Germany, were taken. Because of a lack of food and sanitation most of the prisoners in this camp perished during the war.