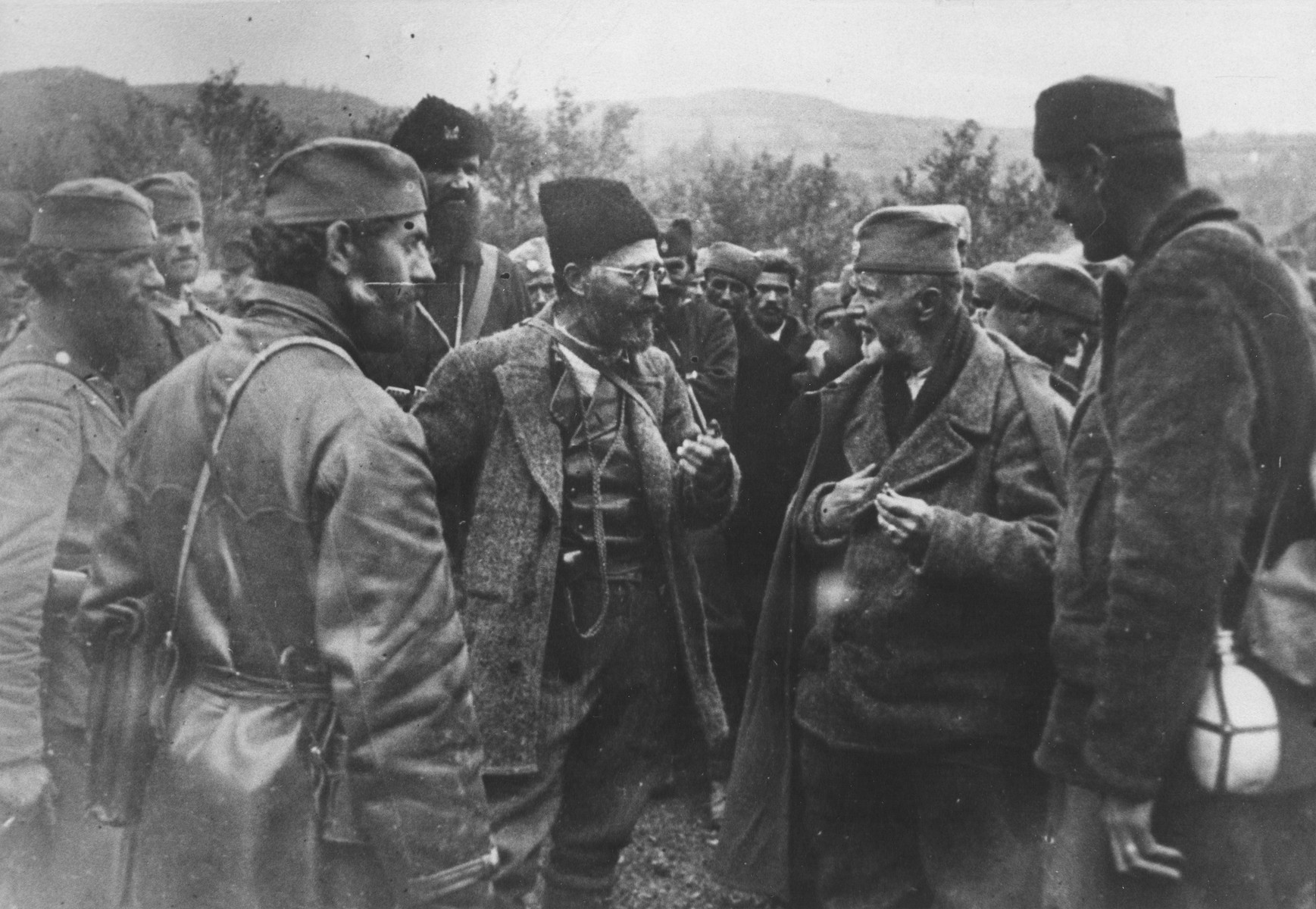 Biography
Dragoljub Draza Mihajlovic (1893-1946), colonel in the Yugoslav army and leader of the Chetniks. Born in Ivanjica, Serbia, Mihajlovic fought in the Balkan Wars (1912-1913) and World War I. By the time of the German invasion of Yugoslavia in April 1941, he had obtained the rank of colonel in the Yugoslav army. After the Yugoslav surrender, Mihajlovic gathered around him a group of Serbian soldiers who were united in their loyalty to the royal house and organized them into a underground militia that became known as the Chetniks. In 1941 Mihajlovic was appointed minister of war by King Peter and the Yugoslav government-in-exile. In July and August of that year, Mihajlovic and his men took part in the uprising against the Germans, during which he cooperated with the Yugoslav partisans under Josip Broz Tito. The uprising, however, was brutally suppressed by the Germans, leading Mihajlovic to rethink his position. He concluded that there was no point in fighting against the Germans, that his focus should be on the fate of Yugoslavia after the war, and that his true enemy was the communist partisan movement under Tito. As a result, Mihajlovic left off his struggle with the German invaders by the end of 1941 and gradually developed a collaborative relationship with the Italians and Germans against the partisans. In response, the Allies switched their support to the partisans who were fighting the Germans and came to view the Chetniks as Nazi collaborators. After the occupation of Serbia by the partisans and the Soviet army, the Chetniks were hunted down. Mihajlovic went into hiding, but was captured and arrested on March 13, 1946. Found guilty of treason and collaboration, he was executed in Belgrade in 1946.