Germans escort people from Kragvjevac and its surrounding area to be executed. 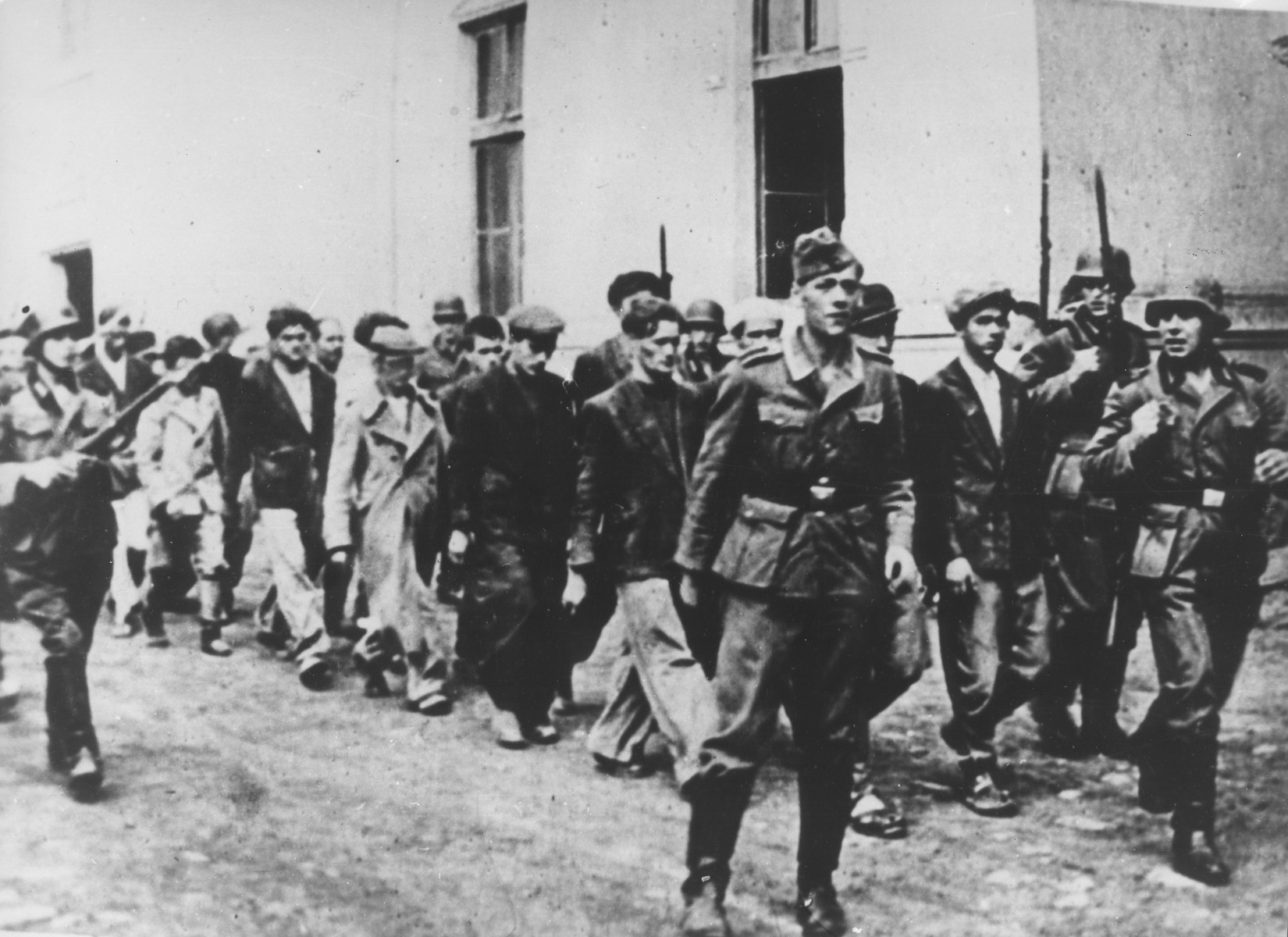 Germans escort people from Kragvjevac and its surrounding area to be executed.

Event History
In response to the capture of the 6th Company of the 920th Security (Landesschuetzen) Battalion by Cetnik resistance fighters in the town of Gorni Milanovac on 28 September 1941, the overall Wehrmacht commander in Serbia, General Franz Boehme, sent German troops to the area to carry out reprisal actions. One of the participating units was the 1st Battalion of the 724th Infantry Regiment, under the command of Major Koenig. Stationed temporarily in the town of Kragujevac, Koenig ordered a "comprehensive reprisal" for the loss of German troops with the 3rd Battalion of the 749th Infantry Regiment during its advance from Gorni Milanovac to Kragujevac, totaling 10 dead and 26 wounded. On 19 October, therefore, several villages in the vicinity of Groznice were burned and 422 people were shot. The following day, (October 20) operations continued in Kragujevac as German soldiers collected 2,300 men and boys for execution. The Serbs were held overnight on a public plaza and shot just outside of the town on 21 October 1941 by the 1st Battalion of the 724th Infantry Regiment.