Alex Hochhauser at a Maccabi sports camp in Zilinia, Slovakia. 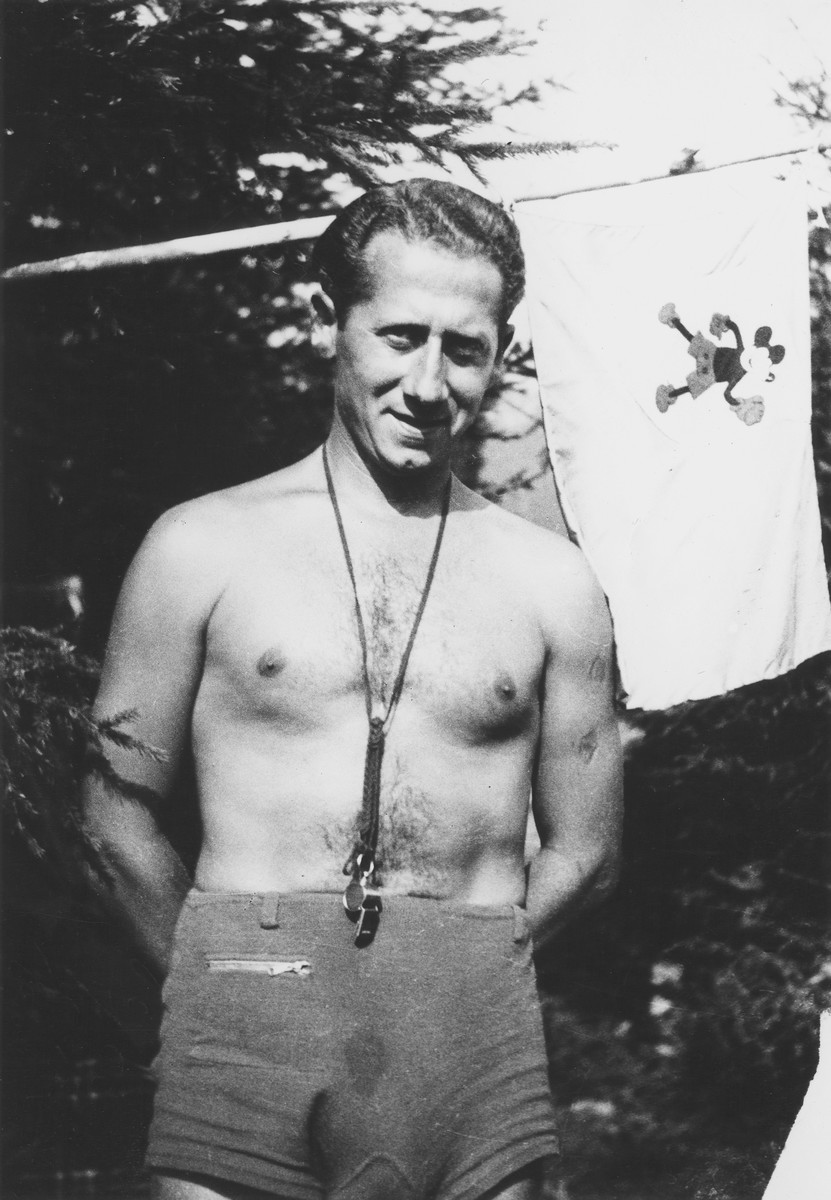 Alex Hochhauser at a Maccabi sports camp in Zilinia, Slovakia.

They were not allowed to have a Maccabi symbol on their flag, so they used Mickey Mouse. This was the last summer they had organized sports. Most of his students perished.