Portrait of a Jewish family sitting outside. 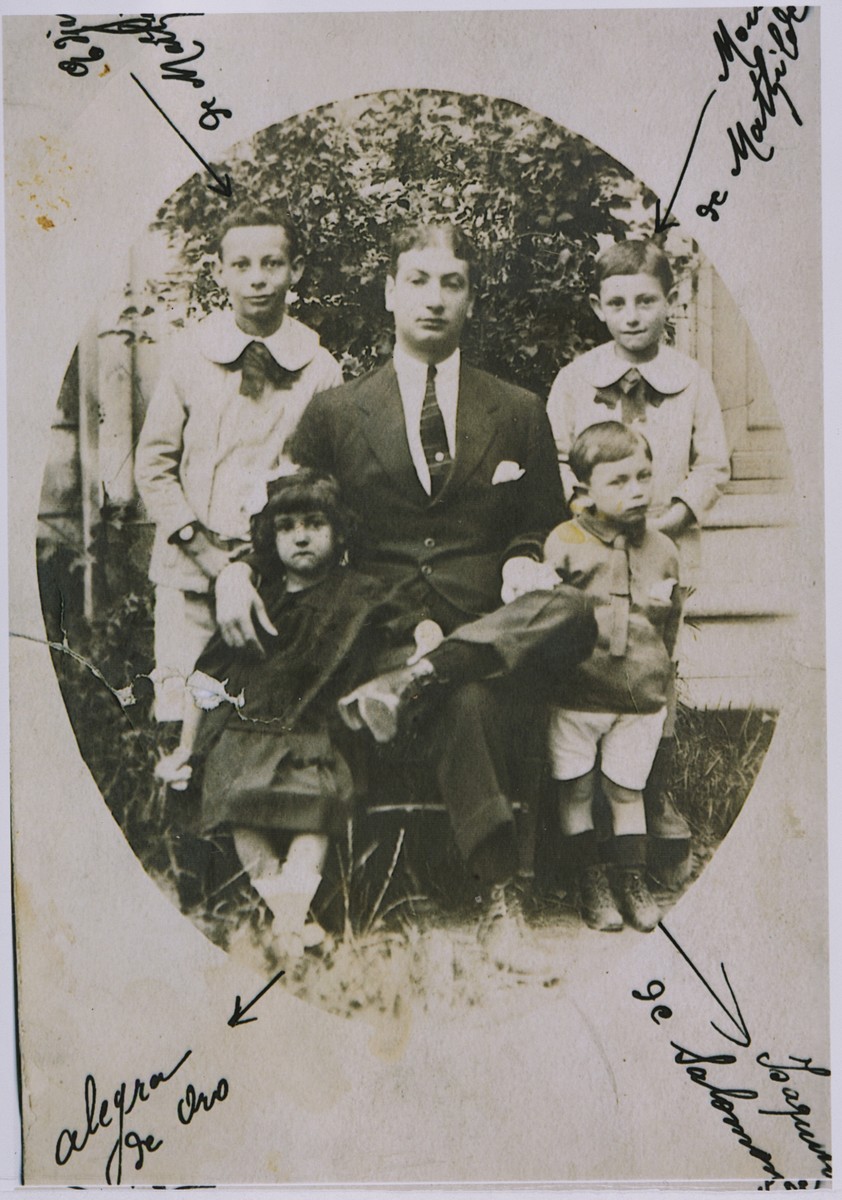 Portrait of a Jewish family sitting outside.

Pictured in the front row are Allegra Franko, Dario Nehama (seated), and Isaac Nehama (son of Solomon Nehama). Standing in the back are Egisto Aroesti and Moise Aroesti.