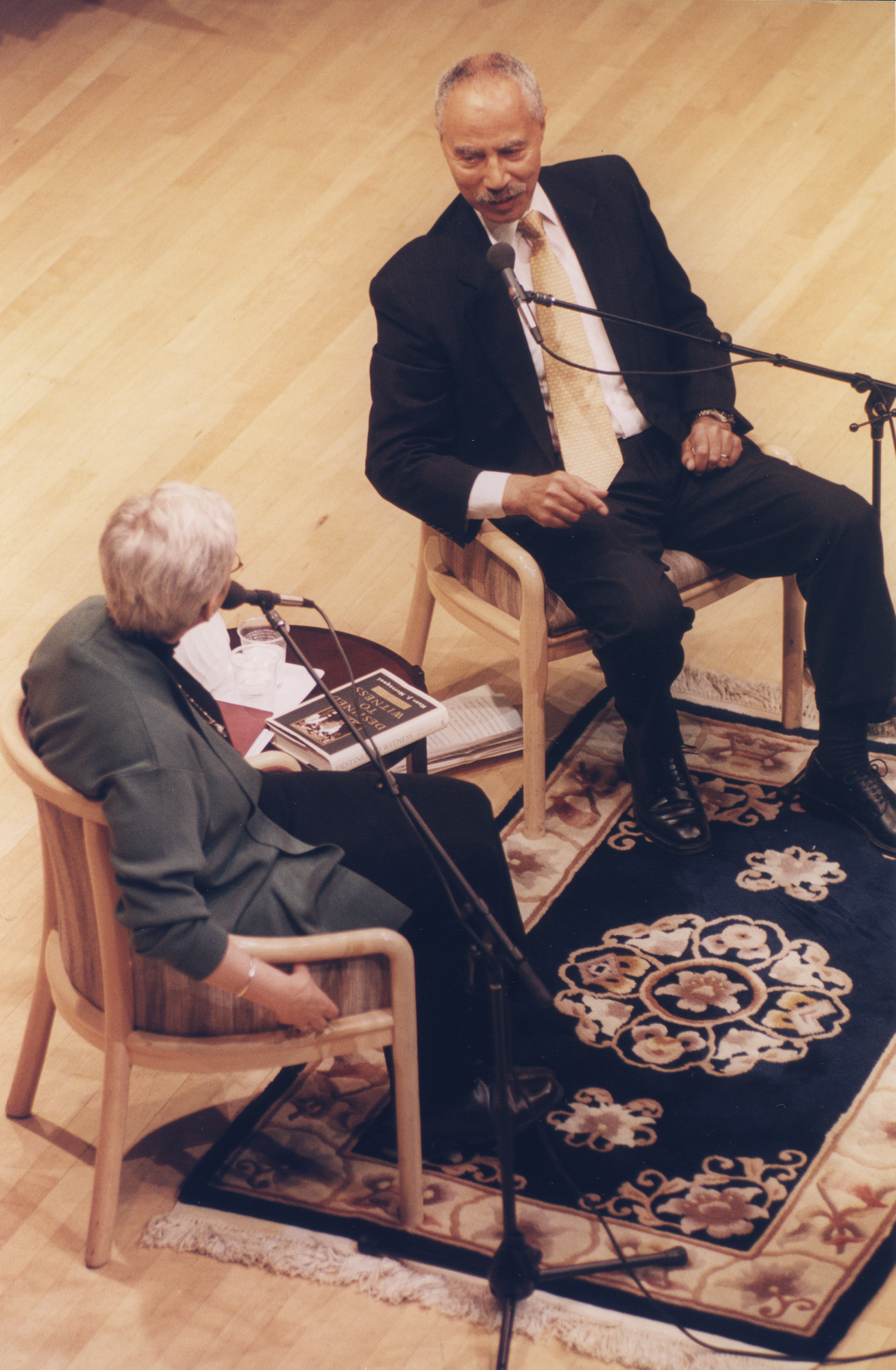 The interview was conducted by Oral History Director Joan Ringelheim.

Biography
Hans J. Massaquoi is the author of "Destined to Witness: Growing up Black in Nazi Germany."
The son of a well-to-do African and German nurse, Massaquoi lived a privileged life befitting the grandson of a diplomat. Following Hitler's rise to power, he became a target of Nazi racial policies, was denied admission to secondary education, and was automatically barred from any professional career. He developed skills necessary to survive a regime consumed by racial arrogance and hatred. Massaquoi immigrated to the United States in the early 1950s. He served in the U.S. Army and later became a journalist for Johnson Publishing, where he was managing editor of Ebony magazine.