Painting of the Vltava River in Prague drawn from a photograph by Theresienstadt prisoner Bedrich Fritta. 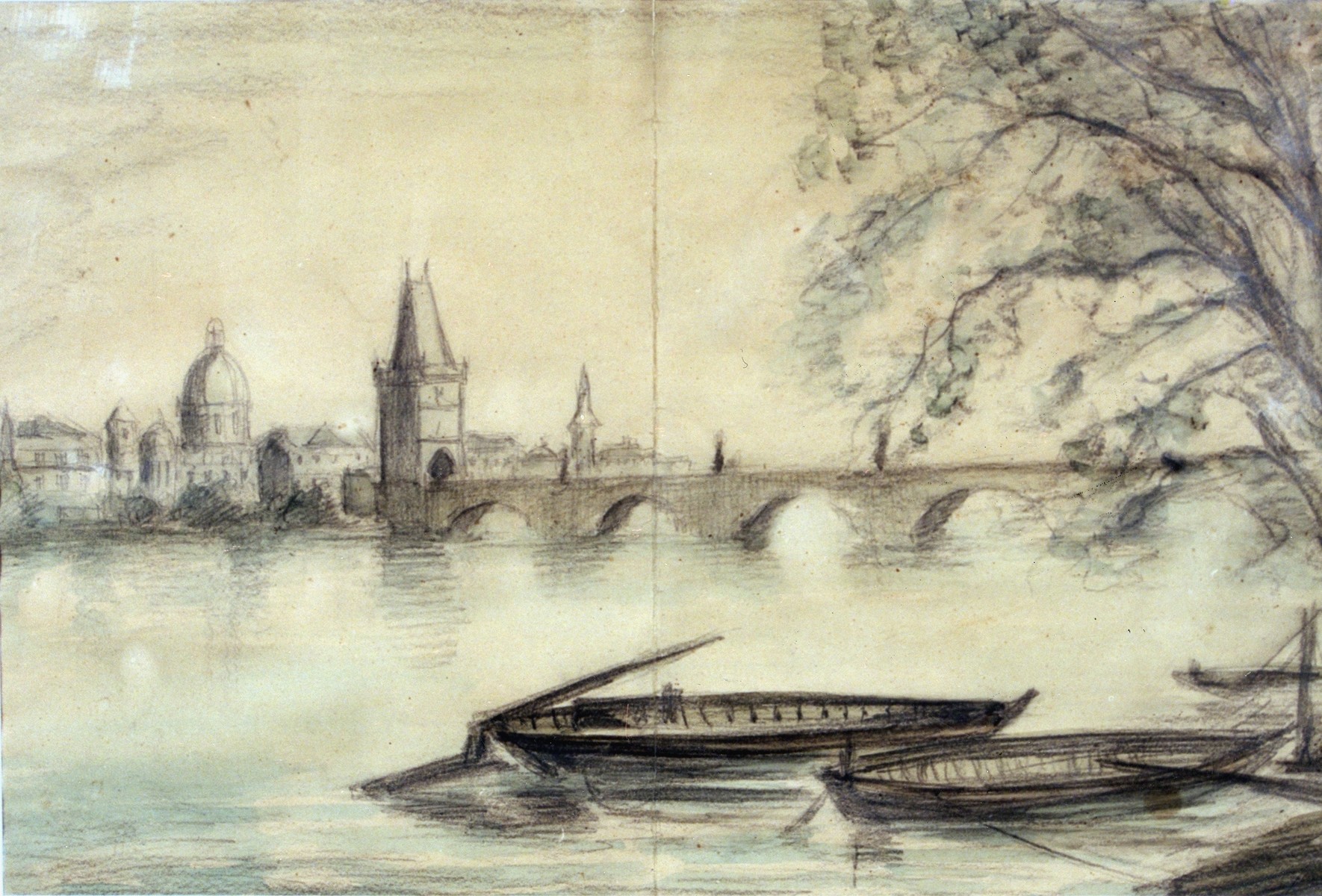 Painting of the Vltava River in Prague drawn from a photograph by Theresienstadt prisoner Bedrich Fritta.

Biography
Bedrich Fritta (1909-1945), Czech Jewish artist who, while living in the Theresienstadt concentration camp during World War II, created drawings and paintings that depicted the deplorable living conditions. Fritta was born Fritz Taussig in Moravia on September 19, 1909. Before the war, he was well known as a painter, designer and caricaturist. On November 24, 1941, he was among 342 prominent men deported from Prague to the Theresienstadt. There, he was appointed head of the Graphic Department. His job was to prepare graphics for reports, which detailed the conversion of Theresienstadt from a fortress to an internment camp. The reports were then sent by the Jewish Council to the SS. In this position, Fritta had access to art supplies, including paper and paint, and he worked alongside other artists including Otto Ungar, Ferdinand Bloch and Leo Haas. Some of the artwork was smuggled out of the camp by the former art dealer Leo Strauss, while the remainder was hidden in various places. In June 1944, Fritta and his colleagues were arrested in the "Painters Affair." Adolph Eichmann, who was investigating efforts to smuggle art out of the camp, interrogated the artists. None of the artists broke their silence, and they were sent with their families as political prisoners to the Small Fortress near Theresienstadt. Fritta's son, Tommy, became the youngest political prisoner of the Nazis. During Fritta's three and a half months there, he was tortured and forced to do hard labor. His wife died of starvation. In October 1944, he and Leo Haas were accused of distributing anti-Nazi propaganda, and along with their families, deported to Auschwitz. Fritta died a week after his arrival. After the war, Leo Haas adopted Tommy Fritta. Some of Fritta's works were recovered, having been hidden in the walls of barracks at Theresienstadt and the Small Fortress. Included in the works that survived was an album called Tomickovi, which he had given to his son as a present on his third birthday. Tomas Fritta presented the book to Yad Vashem in 1999; it was subsequently published in Hebrew and is used as an educational tool to teach young children about the Holocaust.