Group portrait of members of an extended Jewish family on an outing to the Wolboz Forest near Piotrkow Trybunalski, Poland. 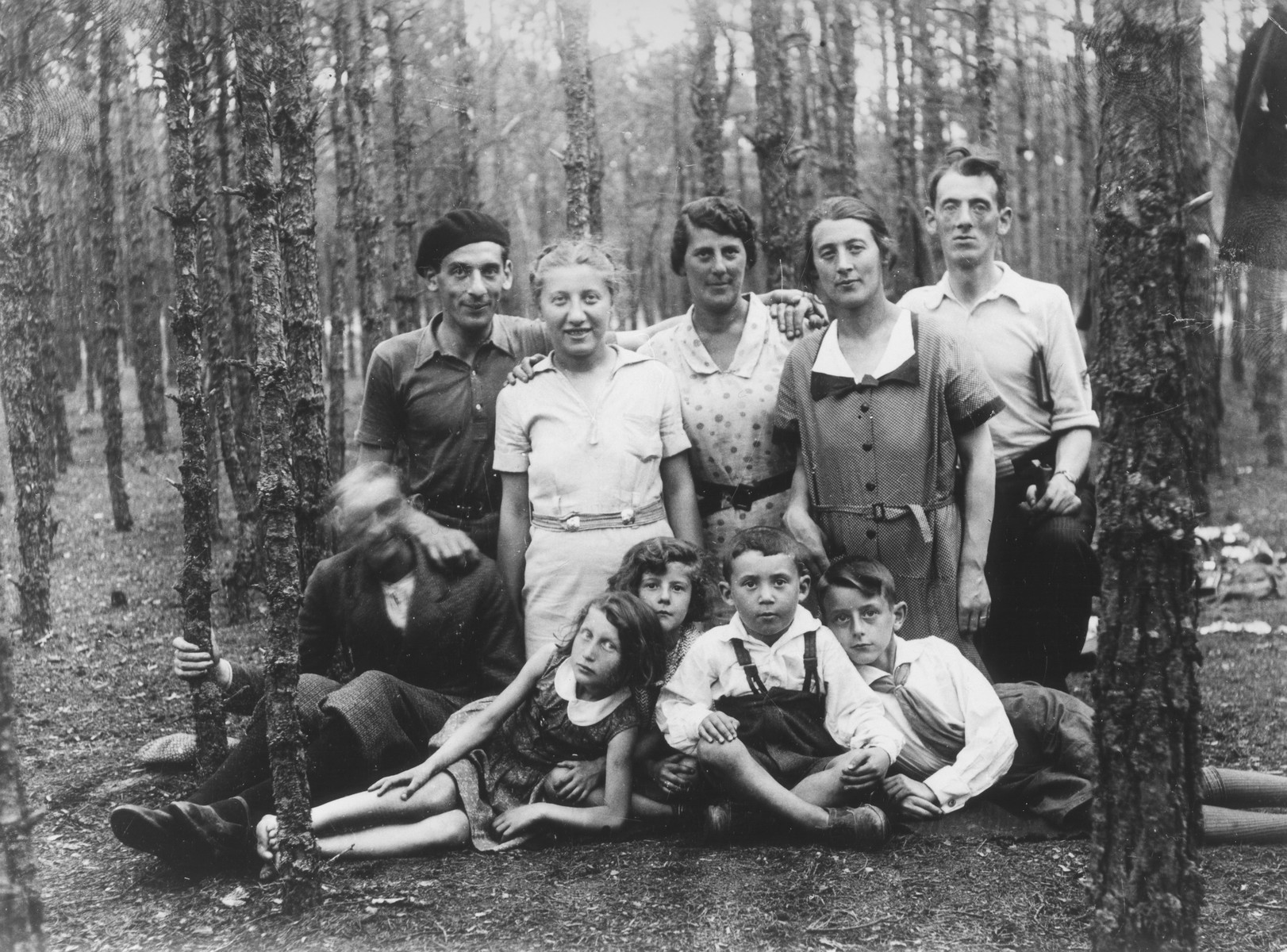 Group portrait of members of an extended Jewish family on an outing to the Wolboz Forest near Piotrkow Trybunalski, Poland.

Pictured are members of the Wolrajch family. The photograph was taken during the visit of a cousin, Helen Tolep, from the U.S. Pictured in the back row from left to right are: Joel Wolrajch, Helen Tolep, Rachel Wolrajch (wife of Hersh Lieb), Chia Sura Wolrajch and Hersh Lieb Wolrajch. Sitting in front are: Shaya Wolrajch (blurred), Rachel Fish, Ginka Wolrajch, wolf, and Chiemic Wolrajch.

Biography
Joel Wolrajch is the son of Moishe and Rachel Wolrajch. He was born in Piotrkow Trybunalski, where his parents owned a butcher shop. Joel had four siblings: Hersh Lieb (b. 1900), Chia Sura (b. 1904), Aron Zeylek (b. 1909 and died before the war) and Shaya (b. 1906). Rachel Wolrajch also died before the war. Helen Tolep was Joel's cousin. Her family, also from Piotrkow, immigrated to the United States in the 1920s. In 1935 Helen returned to Piotrkow for a visit and met Joel. They married the following year on April 22, 1936 and settled in New York. Joel's father and three surviving siblings all perished during World War II, probably in Treblinka.