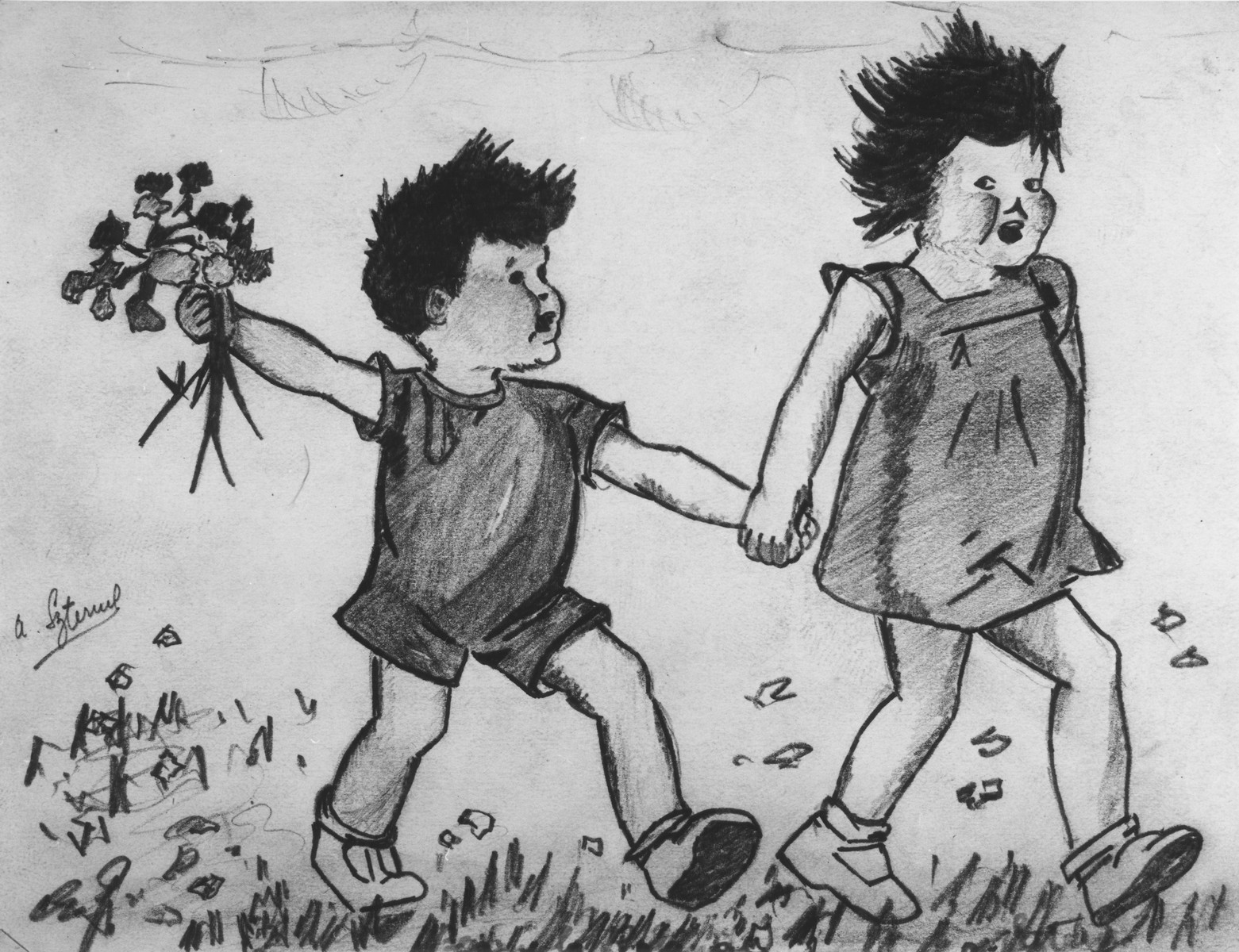 Biography
Aba Sztern was born in 1922 and grew up in Paris with his sister Catherine. During the German occupation of France, Aba was interned in Beaune-la-Rolande. Subsequently, he was deported on convoy no. 5 to Auschwitz, where he perished. Catherine Sztern survived the war and was later married to Willy Fogel, a child survivor of Buchenwald.