Group portrait of Jewish children gathered around a table at a birthday party in Paris. 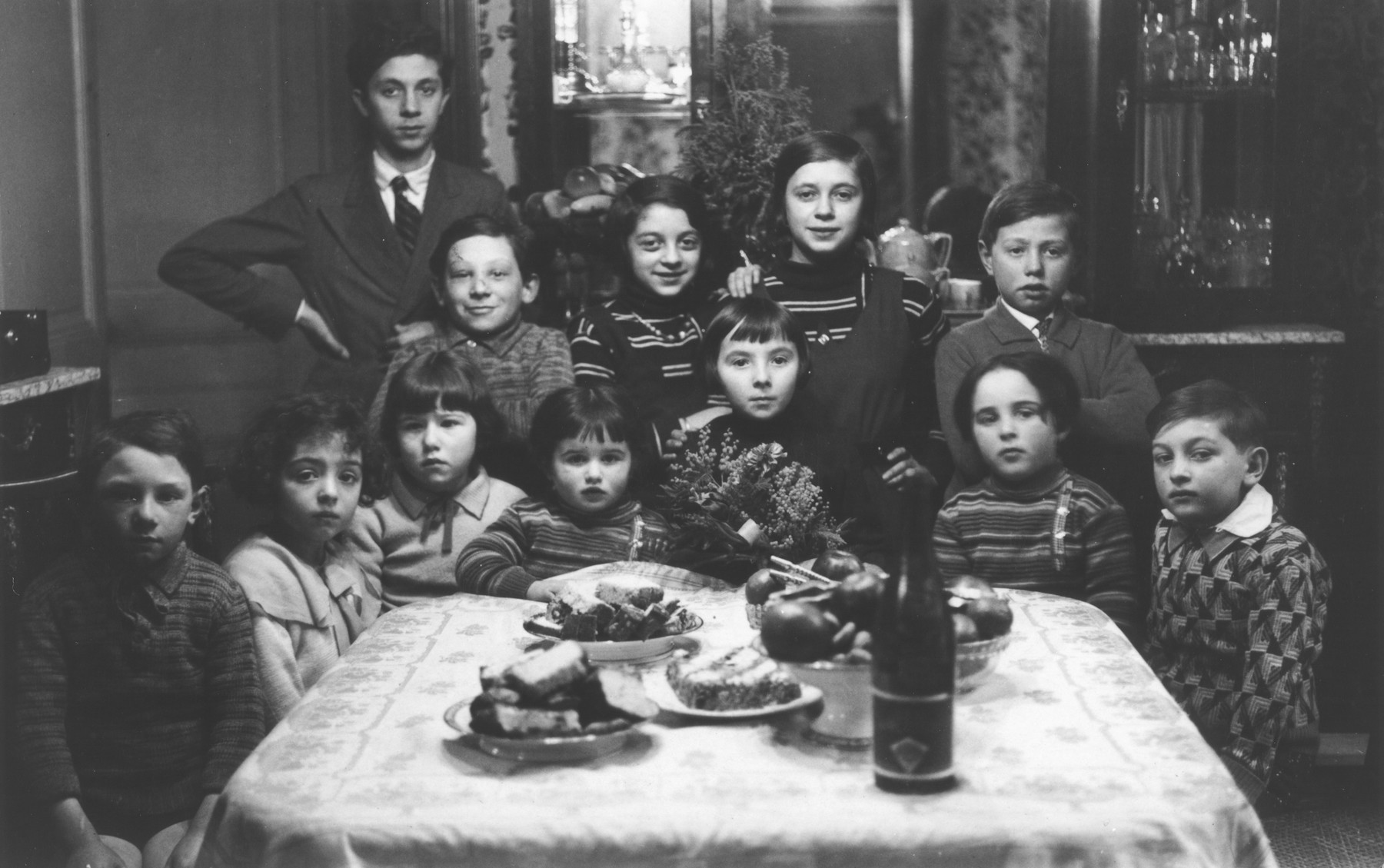 Group portrait of Jewish children gathered around a table at a birthday party in Paris.

Among those pictured are Aba Sztern (second row far right) and his sister Catherine (front row, third from the left).

Biography
Aba Sztern was born in 1922 and grew up in Paris with his sister Catherine. During the German occupation of France, Aba was interned in Beaune-la-Rolande. Subsequently, he was deported on convoy no. 5 to Auschwitz, where he perished. Catherine Sztern survived the war and was later married to Willy Fogel, a child survivor of Buchenwald.