Group portrait of members of the Wollheim and Fabian families at the Wollheim's home in Luebeck during the Passover holiday. 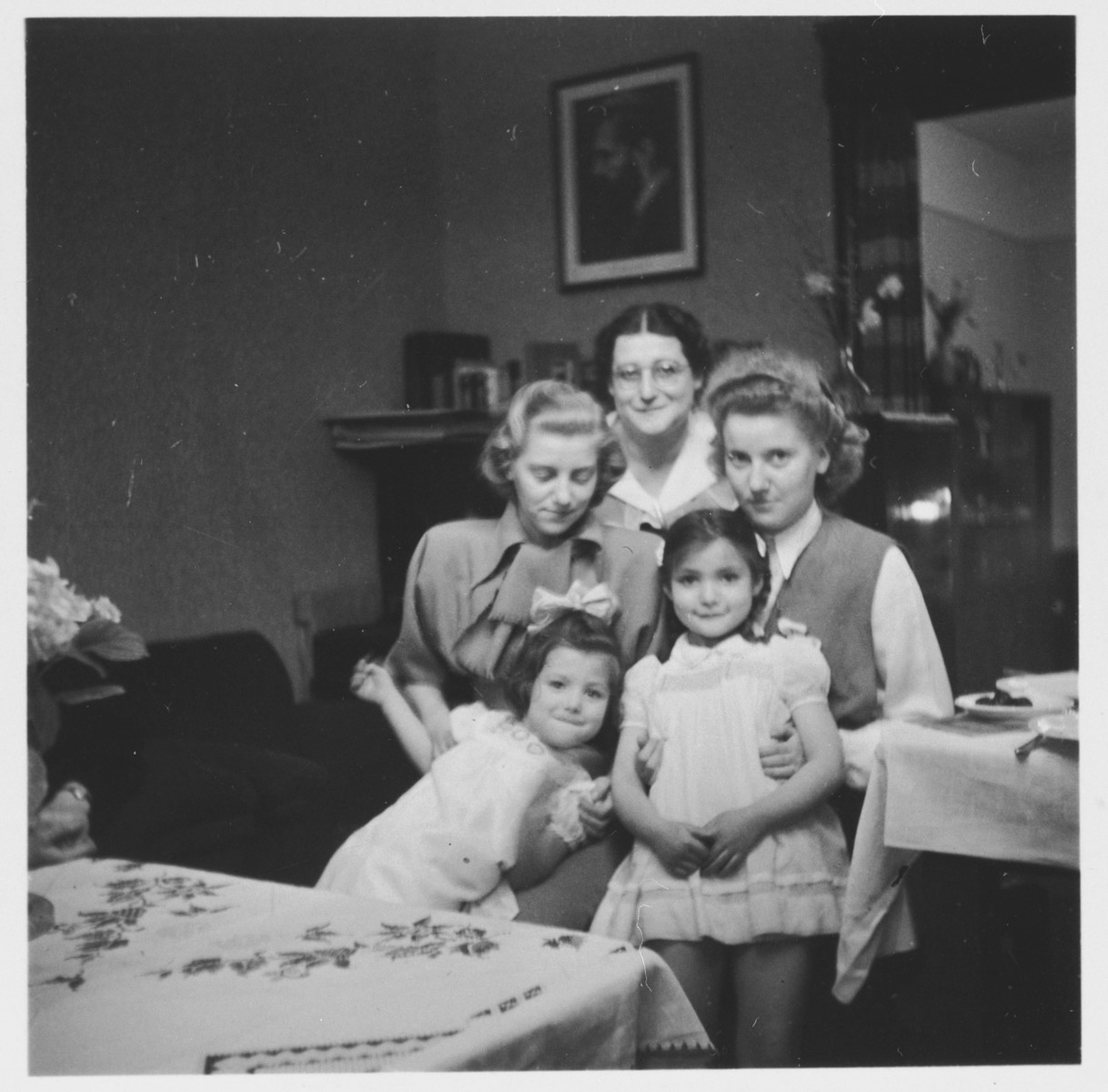 Group portrait of members of the Wollheim and Fabian families at the Wollheim's home in Luebeck during the Passover holiday.

Joel Fabian is the son of Hans Erich and Ruth Hannah (Blumenthal) Fabian. He was born in Berlin on June 8, 1939. He had two younger sisters: Judis (b. 1941) and Reha (b. 1943). Both his father and his uncle, Heinz Kurt Fabian, were attorneys who had moved to Berlin from East Prussia after the close of World War I. During the Kristallnacht pogrom of November 9-10, 1938, Heinz Kurt was arrested and sent to Dachau, where he was imprisoned for a year. After his release, the two couples --Hans and Ruth, and Heinz Kurt and Lotte-- made plans to immigrate to Bolivia. However, by the time their visas came through, Ruth was pregnant with Joel and was unable to travel. Heinz and Lotte went on without them, hoping they would be able to join them later. By the time Ruth was able to travel again, however, the German borders were closed. During the final years of the German Jewish community, Hans Fabian served on the executive board and in the finance department of the Reich Representation of German Jews and later, the Reich Association of Jews in Germany, under the leadership of Rabbi Leo Baeck. Hans took over the leadership of the Reich Association in the brief period between Baeck's deportation to Theresienstadt in June 1943 and his own, two months later. The Fabian family was rounded-up for deportation on September 10, 1943. Perhaps owing to their relationship with Leo Baeck, the family enjoyed special privileges in Theresienstadt, including the ability to live together as a family. While in the camp, Hans worked as a shoemaker, but from time to time, he was sent back to Berlin by the Germans to propagandize about the pleasurable life Jews led in Theresienstadt. The Fabians remained in the camp until its liberation in May 1945. Soon after, Hans helped to organize a transport of German Jewish survivors to Berlin. Once back home, Hans and a group of other survivors worked to reestablish the Berlin Jewish community organization at the Oranienburgerstrasse synagogue. In the early postwar period Hans worked closely with Norbert Wollheim, and the two families became very friendly. Following the imposition of the Berlin blockade in 1948, the Fabians moved to the Wollheim home in Luebeck, and after the Fabians immigrated to the US in 1949, they sponsored the Wollheims. For a short time the two families even shared a home. After he was resettled in America, Hans went to work for the United Restitution Organization on behalf of German Jews.