Josef Rosensaft addresses a session of the Second Congress of Liberated Jews in the British Zone at the Belsen displaced persons camp. 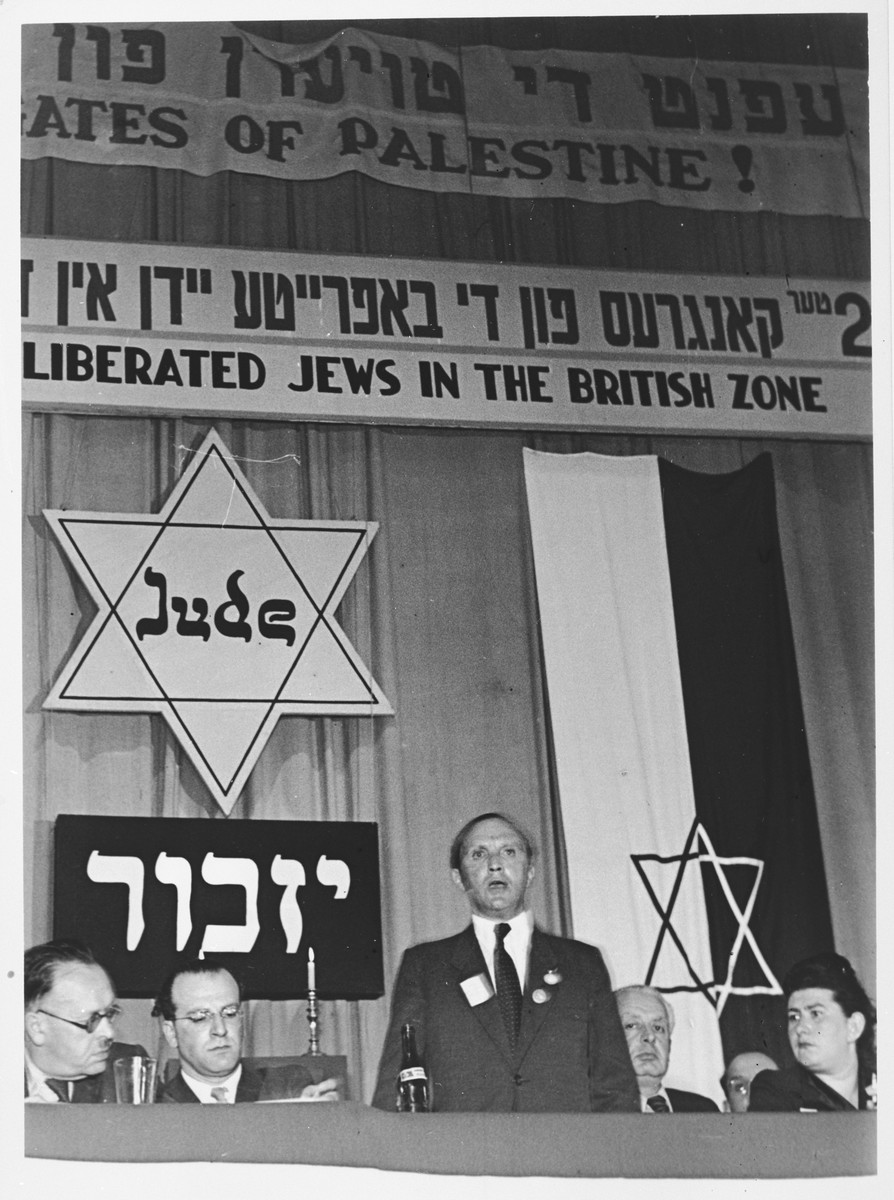 Josef Rosensaft addresses a session of the Second Congress of Liberated Jews in the British Zone at the Belsen displaced persons camp.

Also pictured are Norbert Wollheim (second from the left) and Hadassah Bimko (right).