Studio portrait of the Rakowski family in Brussels, Belgium. 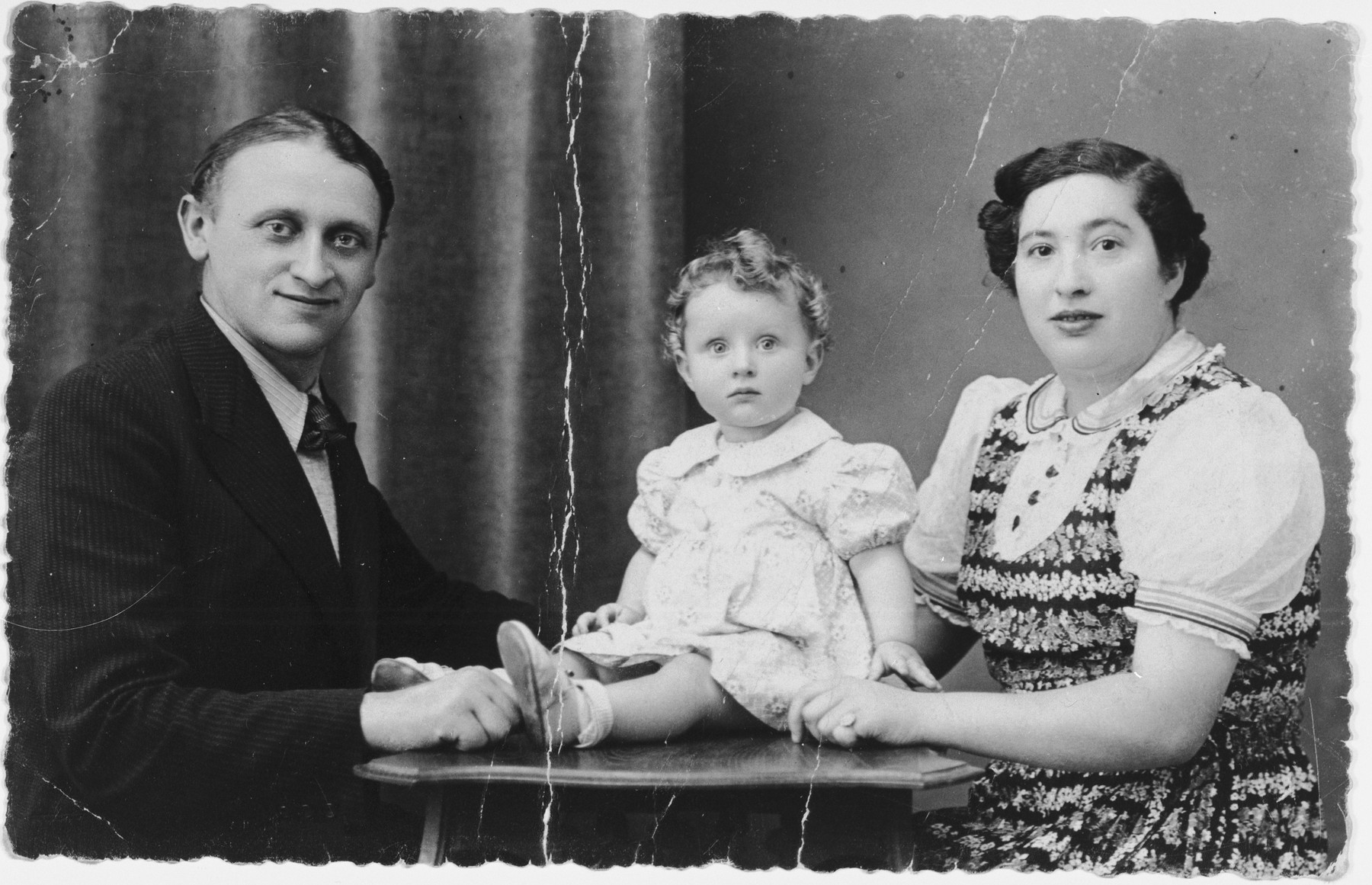 Studio portrait of the Rakowski family in Brussels, Belgium.

Pictured are Ephraim and Blima Rakowski with their infant daughter, Marie Claire, shortly before the child was placed in hiding.