Two Jewish sisters, Dora and Marie Claire Rakowski point out their journey to America on a wall map soon after their immigration to the US. 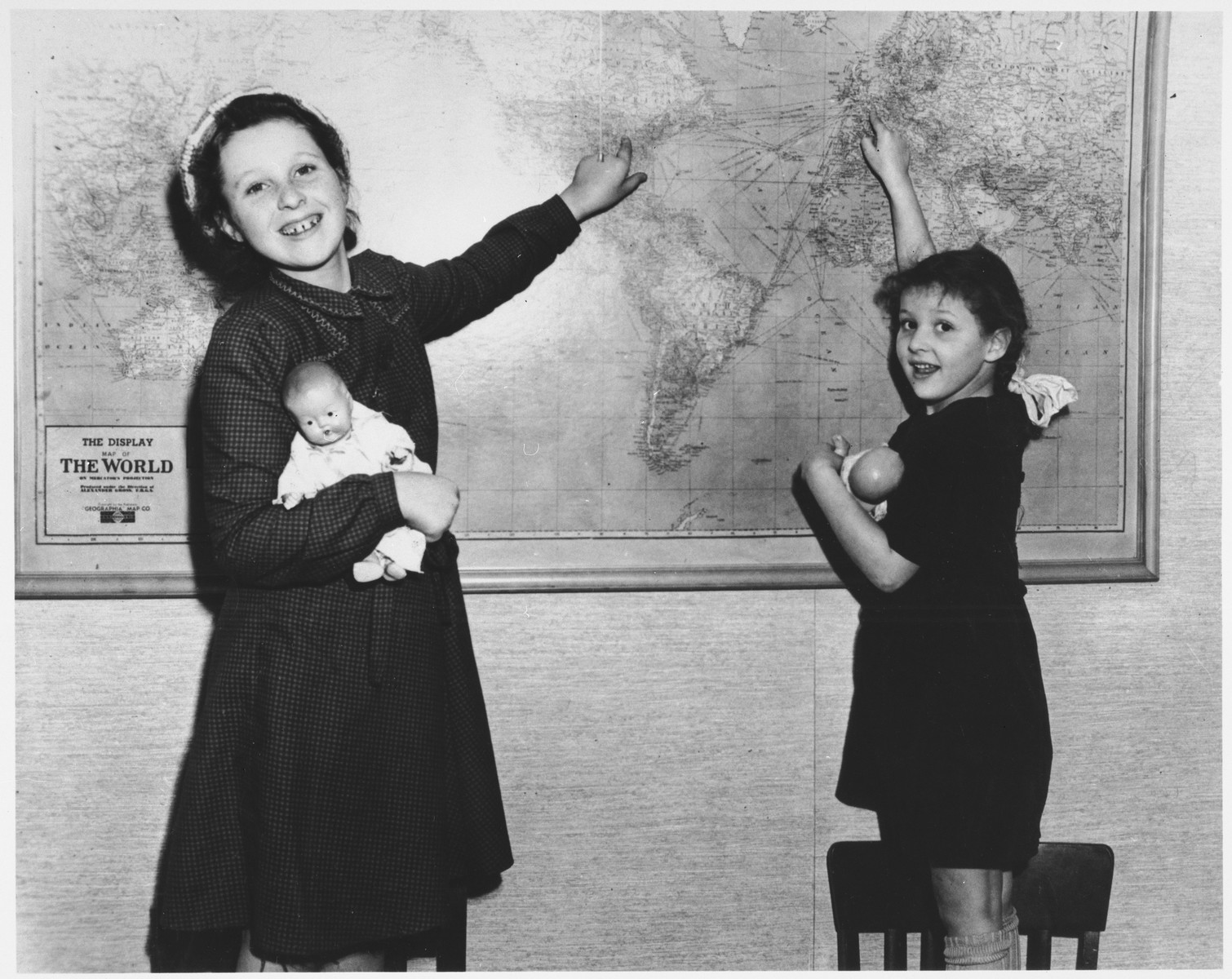 Two Jewish sisters, Dora and Marie Claire Rakowski point out their journey to America on a wall map soon after their immigration to the US.

This photograph was published in the Agudat Yisrael newspaper along with an article describing how the organization was sponsoring their immigration.