Group portrait of volunteers of the civil guard stationed in Khatnezha, outside of Leningrad. 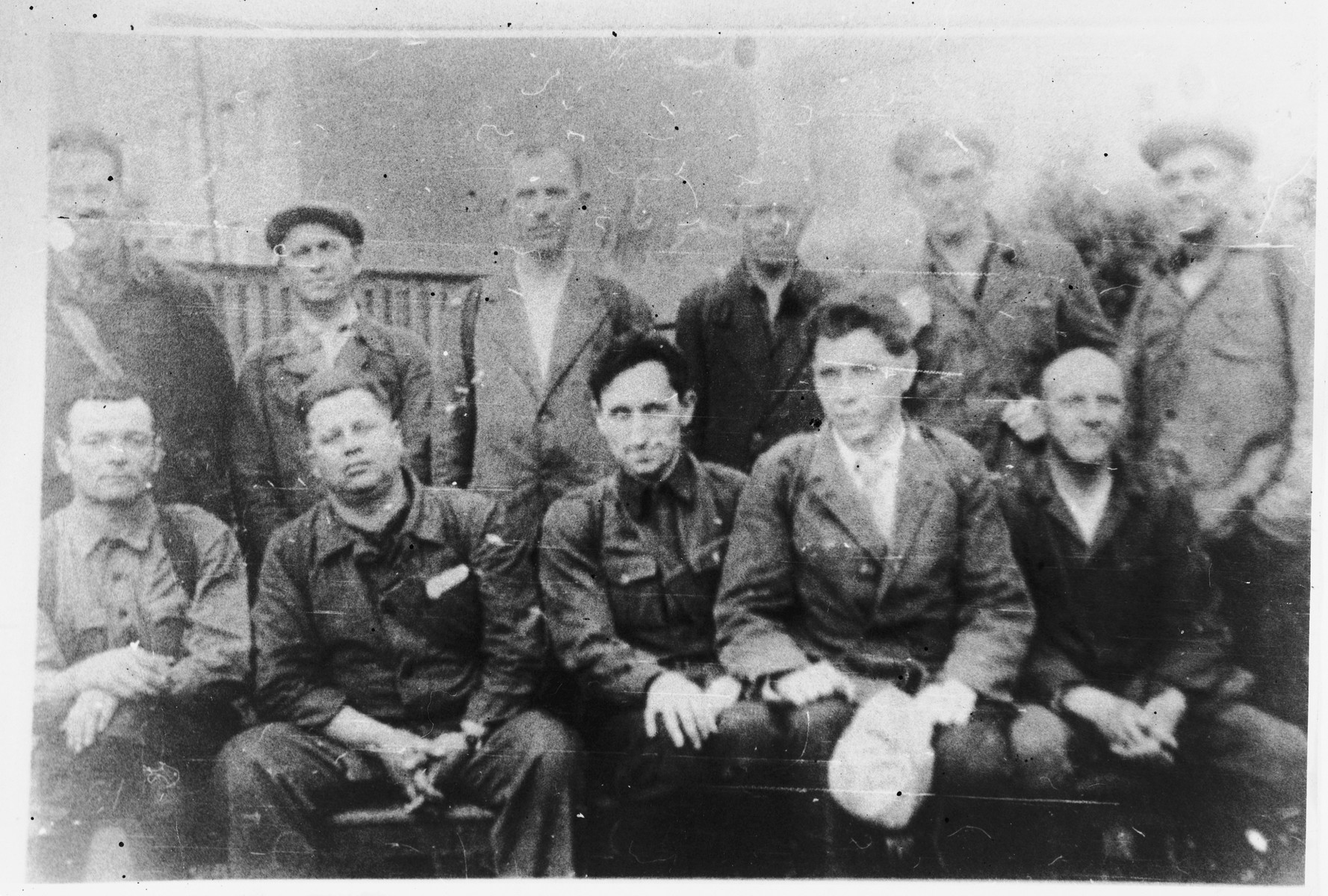 Group portrait of volunteers of the civil guard stationed in Khatnezha, outside of Leningrad.

Among those pictured is Ilya Schneidman (back row, second from the left).

Biography
Galina London (born Galina Schneidman) is the daughter of Ilya and Maria (Shpuntovo) Schneidman. Ilya was born in Turovo, Belarus and moved to Leningrad to study and work as an accountant. Maria was born in Bykhov, Belarus and worked in Leningrad as a chemist. Following the German invasion of the Soviet Union in 1941, Ilya volunteered for the civil guard. After two months, he was captured and sent to a POW camp. When the Germans learned that he was Jewish, they killed him by tying him to two tanks and pulling his body apart.