Group portrait of members of the wedding party at the marriage of Paul and Berthe Hendrix. 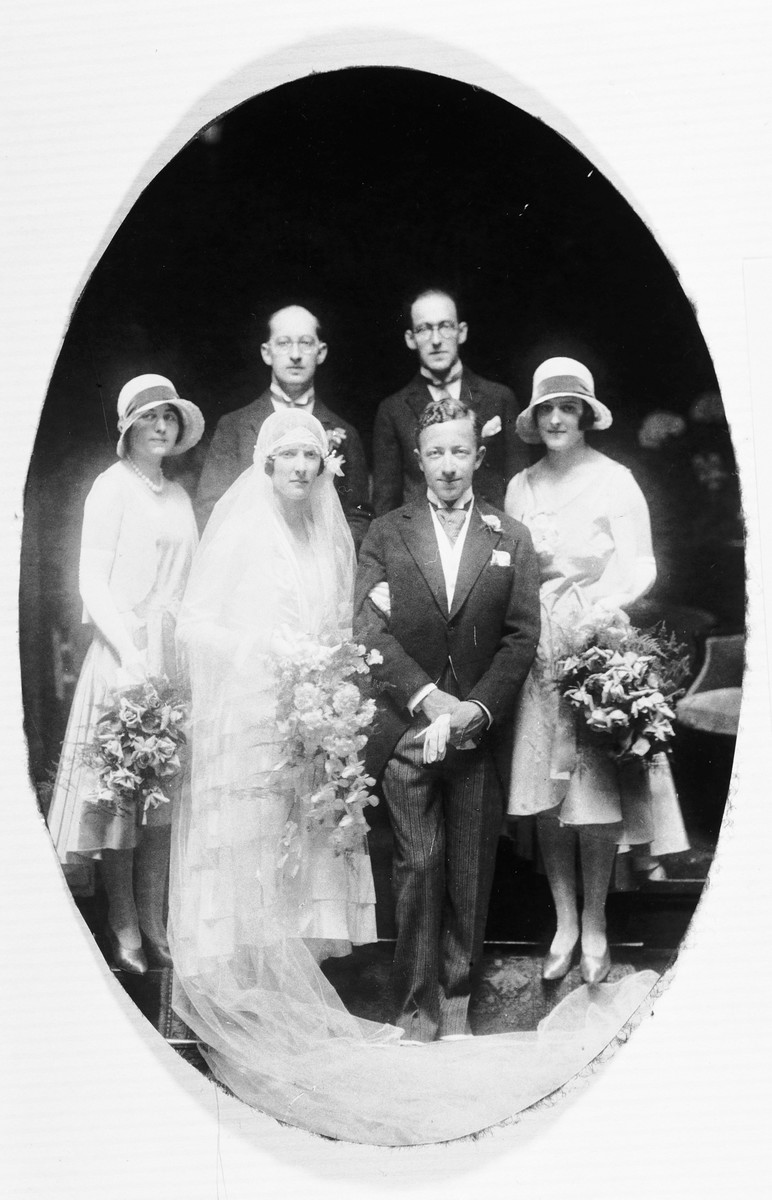 Group portrait of members of the wedding party at the marriage of Paul and Berthe Hendrix.

Pictured from left to right behind the bride and groom are: Dinie Hendrix (the groom's sister), Samuel Vles and Nico Vles (cousins of the bride), and Dora Reuder-Vles (the bride's aunt).