A Dutch Jewish father poses with his two sons outside their home in Amsterdam. 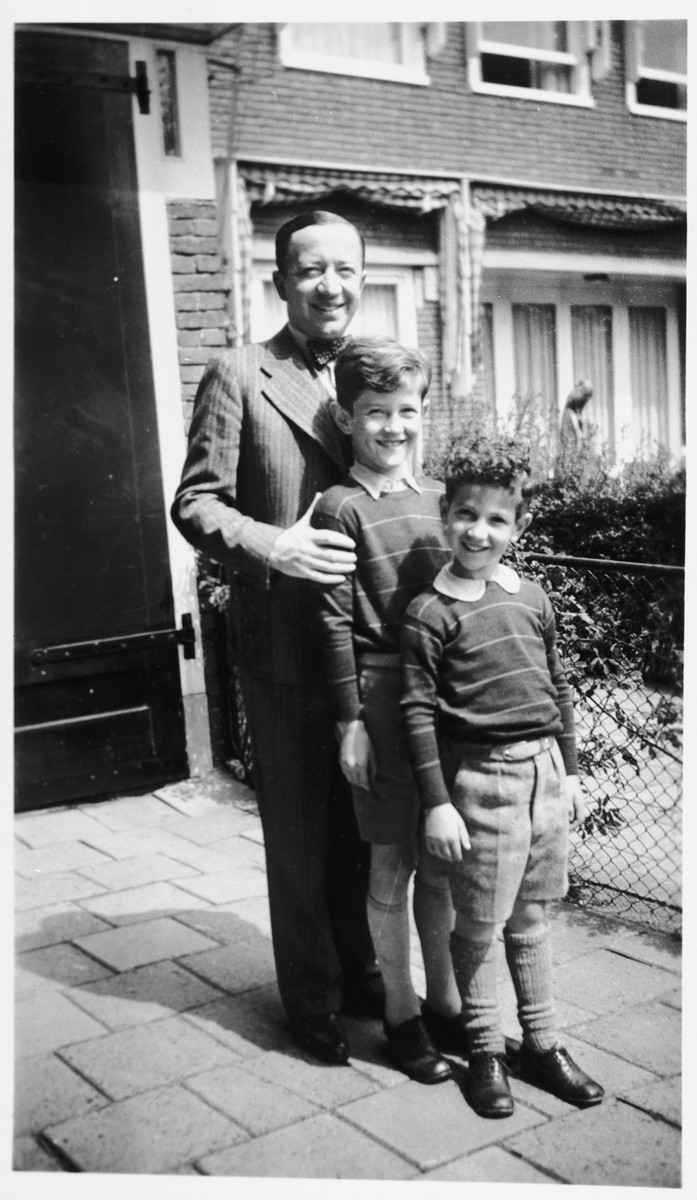 A Dutch Jewish father poses with his two sons outside their home in Amsterdam.

Pictured back to front are Paul, Robert and Hans Hendrix.