Portrait of French Jewish resistance leader, Marianne Cohn, at the mountain chalet retreat of the Armée Juive in Les Michallons. 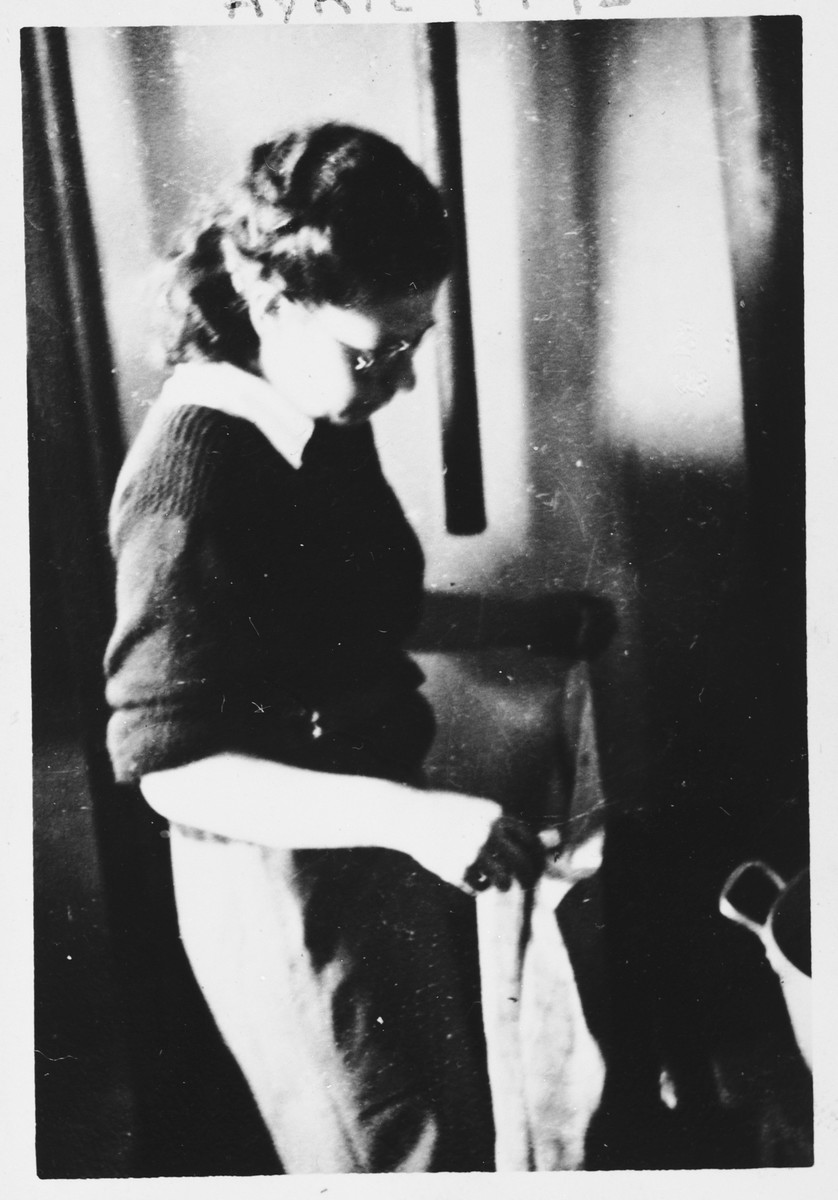 Portrait of French Jewish resistance leader, Marianne Cohn, at the mountain chalet retreat of the Armée Juive in Les Michallons.

Biography
Marianne Cohn was the daughter of Dr. Alfred and Grete (Radt) Cohn. She was born on September 17, 1922 in Mannheim, Germany. In 1929 her family moved to Berlin, and then, following the Nazi seizure of power, fled to Spain. A year later, the family escaped the Spanish Civil War and immigrated to France. During the German occupation of France, Marianne belonged to both the Eclaireurs Israelites de France (the Jewish scouts) and the Movement de la Jeunesse Sioniste (Zionist Youth Movement). In 1943, she was living in Grenoble, when one of the passeurs escorting Jewish children to Switzerland was arrested. The Resistance asked Marianne to take her place. She accepted, and using the false identity of Marie Colin, she conducted several passages, each with groups of about thirty children. On May 31, 1944, Marianne was traveling by truck in the late afternoon with a group of twenty-eight children when she was stopped by German customs officials. Marianne claimed that the children were on route to a resort in Pas-de-l'Echelle, near the city of Annemasse. The official then accompanied the children to the resort and learned that they were not expected. By this time, the German officials suspected that the group was Jewish and incarcerated them in the Gestapo jail in Annemasse, known as the Prison de Pax. The Vichy mayor of Annemasse, Jean Daffaugt, who sympathized with the resistance, intervened on behalf of the children. He placed the younger ones in local orphanages, and permitted Marianne and the older children to work in the town during the day, though they had to return to the prison at night. The resistance arranged a plan to rescue Marianne, but she refused to cooperate, insisting that she had to remain with the children. When Gestapo officials interrogated her, she brazenly revealed her true identity and said that she had no regrets for her actions. On the morning of July 8, 1944, Marianne and other members of the resistance held in the Prison de Pax were removed from their cells and never seen again. Their bodies were discovered after the war. They had been brutally tortured and hastily buried. The 28 children imprisoned with her were all saved. Yad Vashem named Jean Daffaugt, the mayor who intervened on behalf of the children, one of the Righteous Among the Nations and planted a memorial garden in memory of Marianne Cohn.