Kajla and Jakob Uszerowicz and another couple stand outside their clothing store in Berlin. 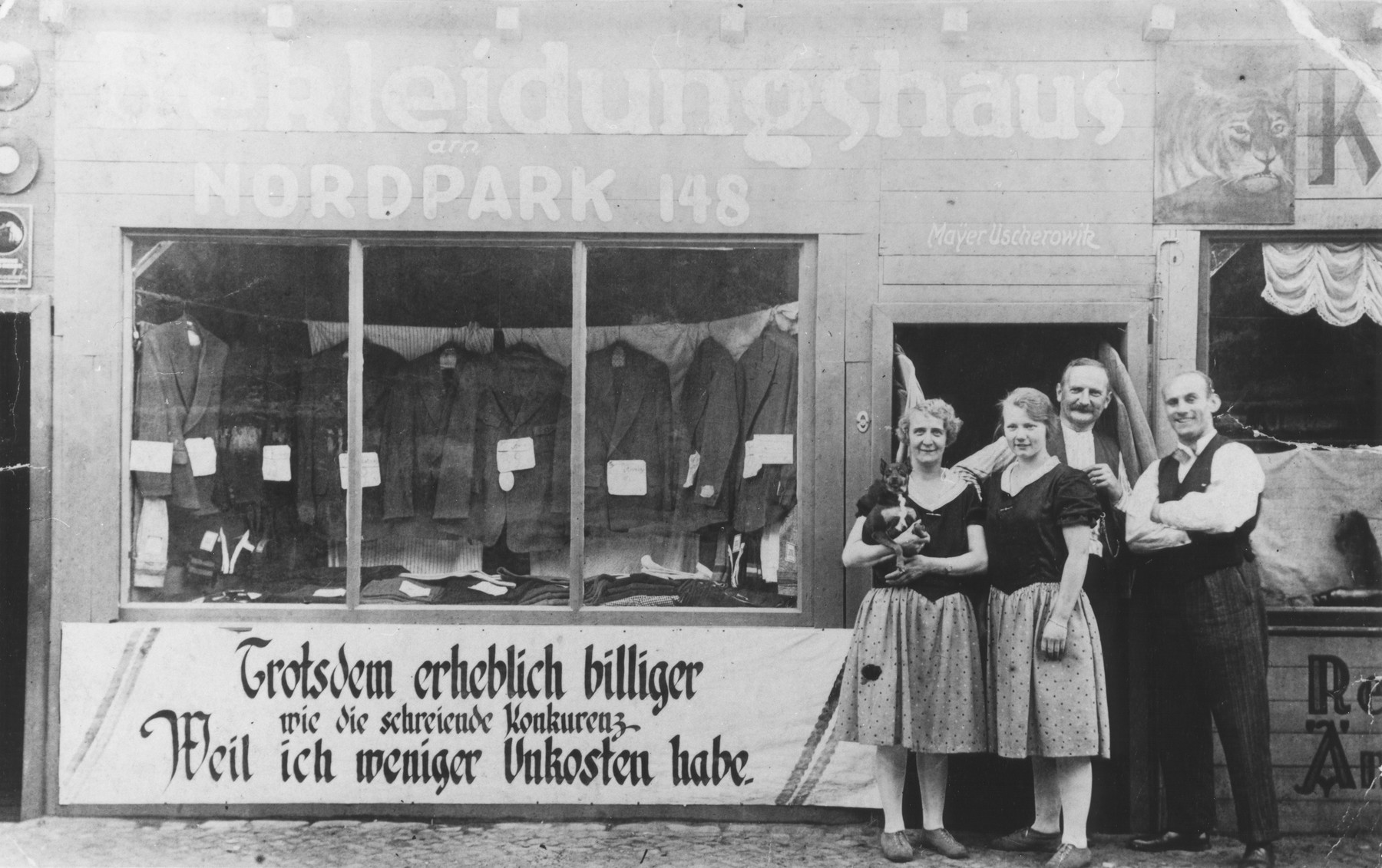 Kajla and Jakob Uszerowicz and another couple stand outside their clothing store in Berlin.

Biography
Helga Shepard (born Helga Uszerowicz) is the daughter of Jakob Uszerowicz and Kajla Cendrowicz Uszerowicz. She was born on August 1, 1932 in Berlin Germany where her father owned a men'shj clothing store. Helga had one older brother Martin who was born in 1923. In May 1939, Martin and Helga were sent to England on a Kindertransport. Helga first stayed with a family in Nottingham who were abusive, but she left them during the Blitz when she was evacuated to Oxford. Helga returned to Nottingham in 1942, the same year that her brother Martin tragically drowned at the age of 18. Helga left for boarding school in 1945, and in 1947 she came to Paris where she reunited with her parents, both of whom survived. Her father spent the war in Shanghai, and her mother was liberated in Italy following an incarceration in the Gurs internment camp in France.