Cristina Frascatani walks down the street with a group of Jewish friends including two whom she hid during the war. 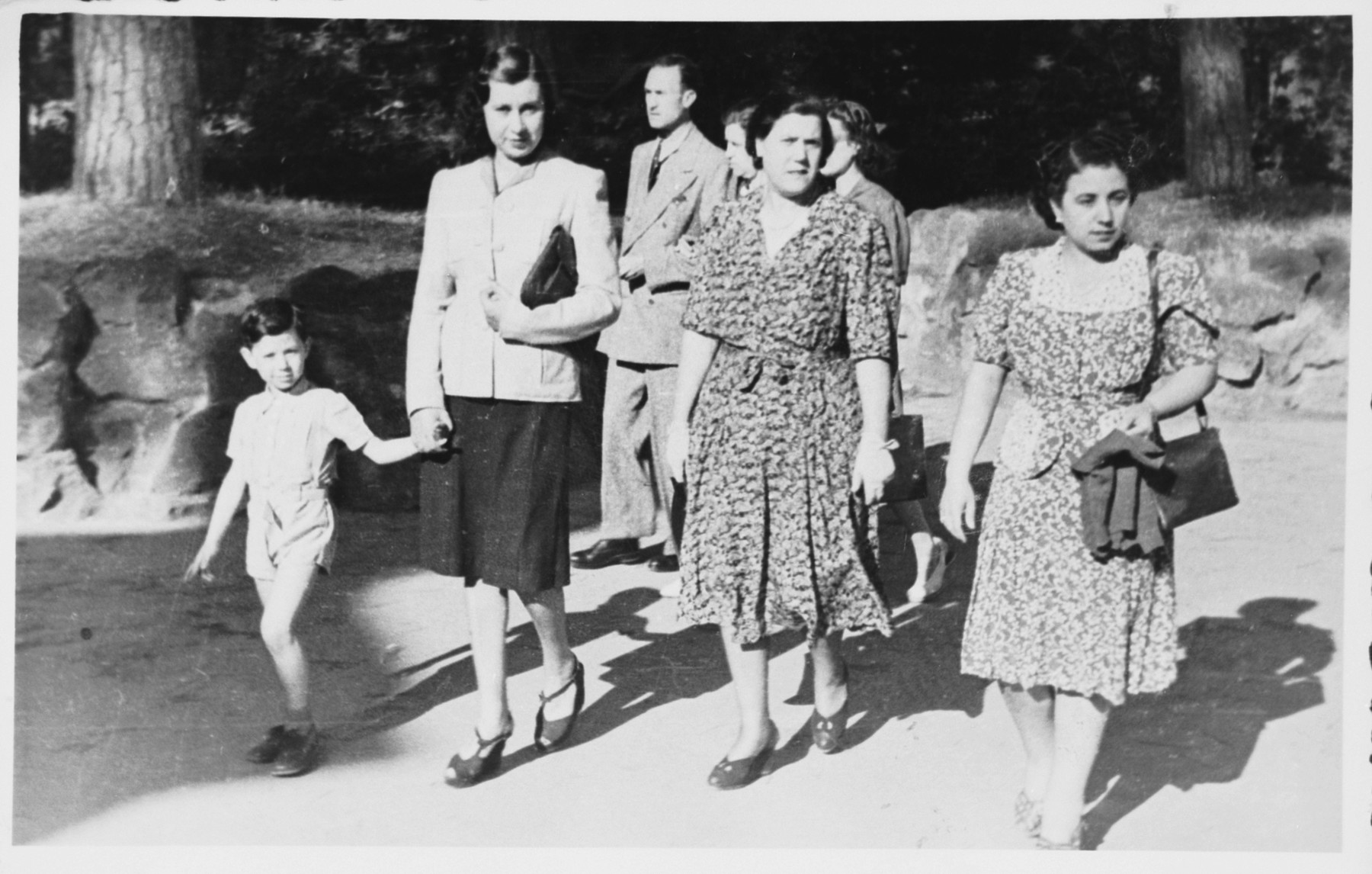 Cristina Frascatani walks down the street with a group of Jewish friends including two whom she hid during the war.

From left to right are Giancarlo Spizzichino holding the hand of Irma Pesci. Cristina Frascatani (Giancarlo's rescuer) is in the center. Wilhelma Spagnoletto, the aunt of Giancarlo, is on the right.

Wilhelma was also hidden by Cristina Frascatani, as was her husband, Mario Abbina.

Biography
Giancarlo Spizzichino is the son of Michele Ezio Spizzichino and Elda Spagnoletto. He was born on June 30, 1938 in Rome Italy, where Michele Ezio (born in Rome in 1908) was a storeowner. He has one sister Mariella (later di Porto), born on July 14, 1936. The family was living in their own residence in Rome when, on October 16, 1943, someone warned them that Jews were being rounded up in Portico d'Ottavia near Rome's ghetto. They decided to flee and stayed with Catholic friends, Arturo and Renata Bocchese, who protected them for four days. These friends also helped find a sanctuary for Giancarlo, his mother and sister in the Suore Minime de Sacro Cuore convent on Cavour Street. The family had to pay in order to remain there; in fact on three separate occasions the nuns told them that they would have to leave unless Elda could pay. Still, Elda and Mariella remained in the convent until June 5, 1944 when the US V Army Corps liberated Rome. Giancarlo was sent to the home of another Catholic couple, Virgilio and Cristina Frascatani. In the meantime their father had gone to another convent, Angelo Mai, and later moved to St. Paul's Basilica at the beginning of 1944. However, on February 3, 1944, Fascist officers dressed as friars entered the church looking for Jews. Among those arrested were Michele Ezio, Elda's father Leonardo Spagnoletto, her two brothers Aurelio and Mario Spagnoletto, and Mario's son, Leonardo. They were taken first to Rome, then to Verona and Fossoli and then were deported to Auschwitz. After the war, Elda returned to the family's store to discover that all the merchandise was missing. The Bocchese family again came to their rescue. They helped Elda find goods for the store and stocked it up at no cost to her.