Austrian Jewish refugees walk along a street in Prague. 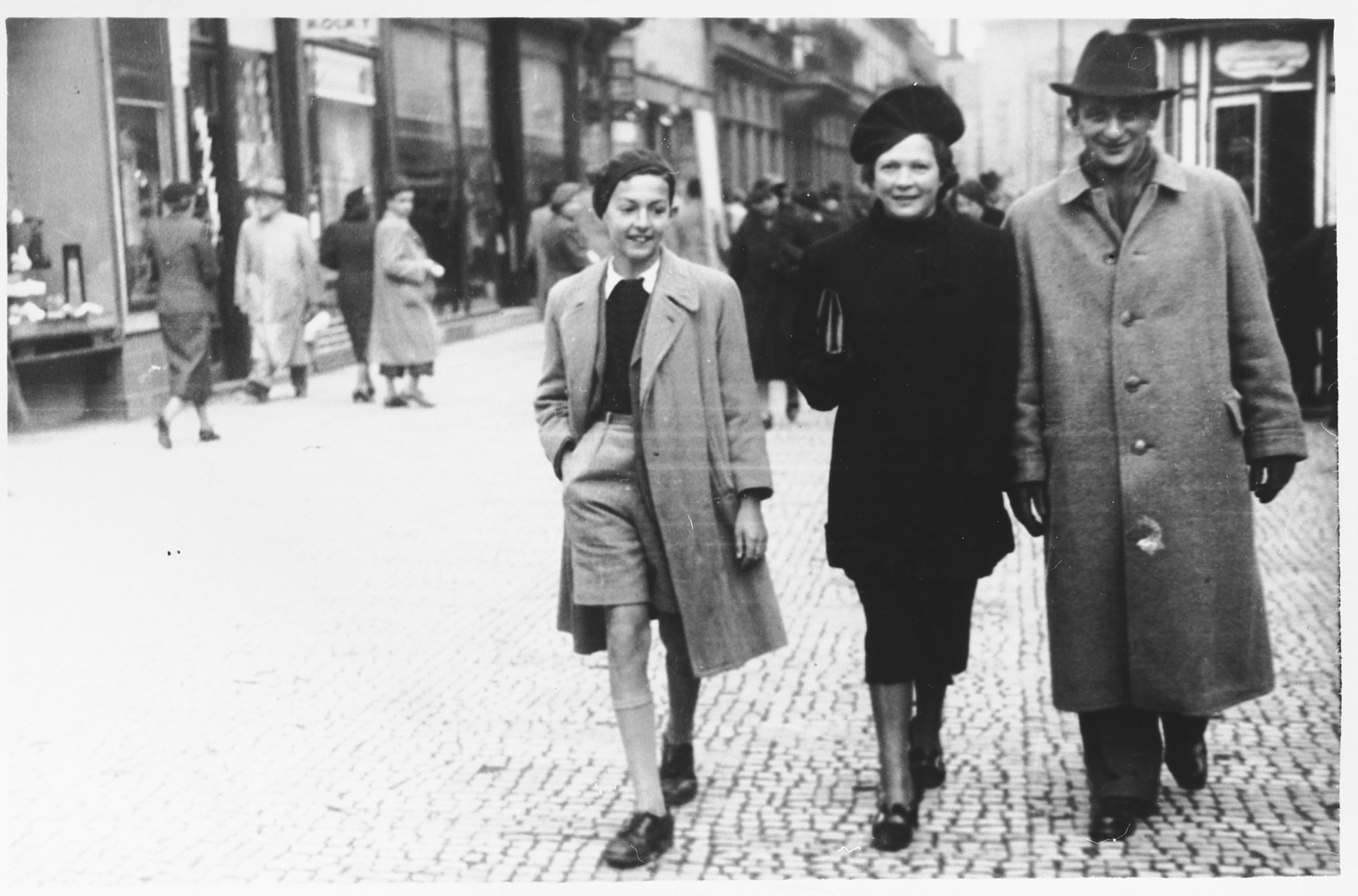 Austrian Jewish refugees walk along a street in Prague.

Pictured from left to right are Alfred and Trimette Langer. The man on the right is unidentified.