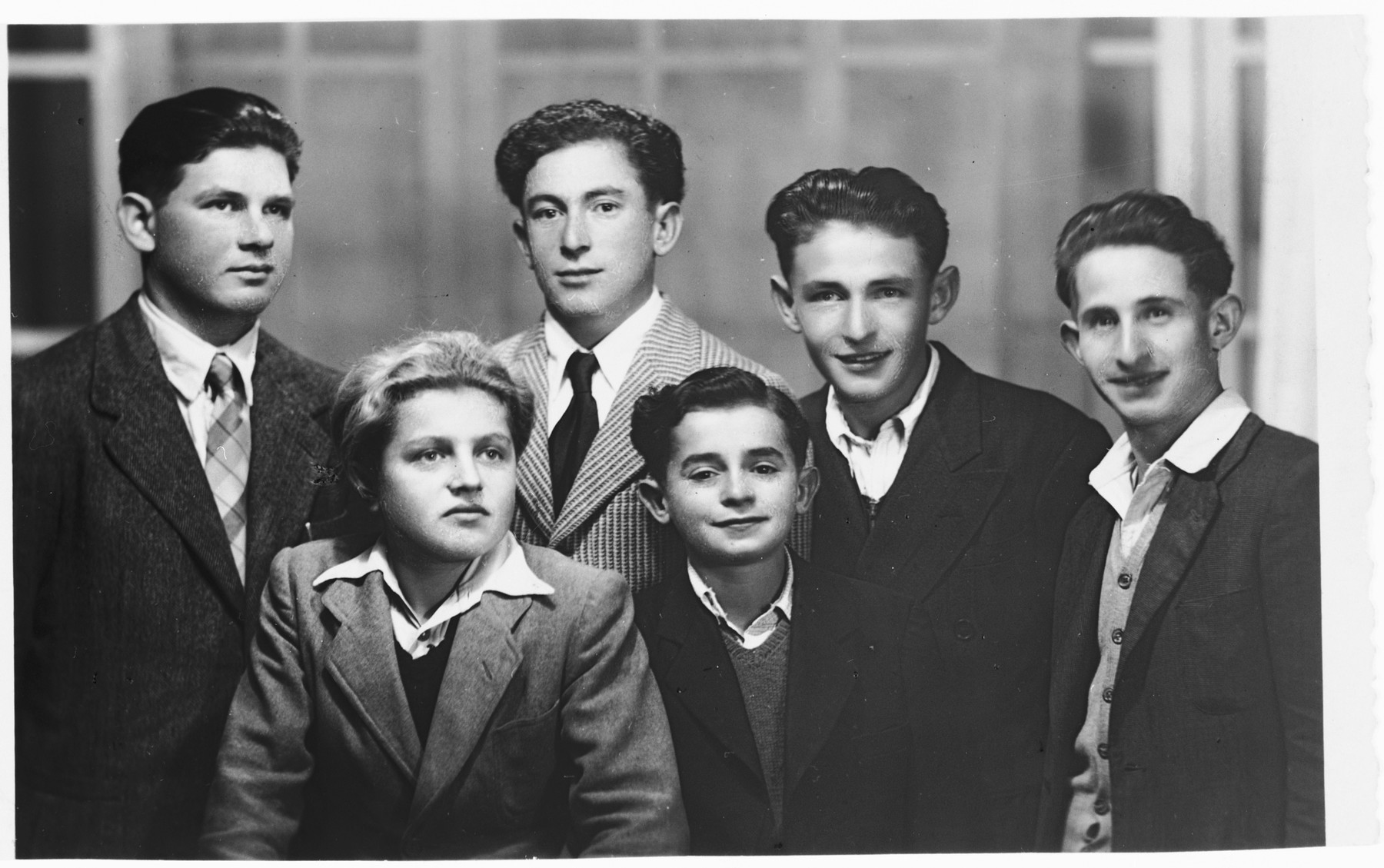 Dov Zugman is pictured on the far right.
Pictured in the front center is Motel Hostyk. Standing back on the left is Avramchik and Mendel Rosenkrantz.